Two youths were kept in detention for three days 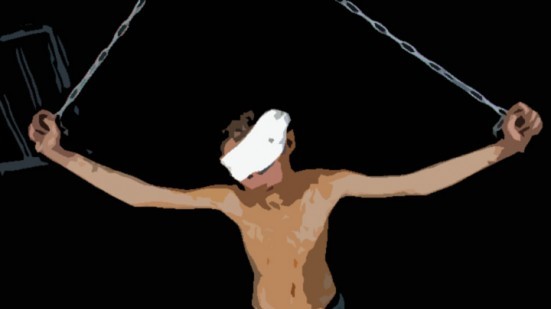 Three men, including a drug dealer, kept two youths in their private torture cell for three days and tortured them on suspicion of informing the police about them. Allegedly when the youth asked the accused for drinking water, the suspects urinated on him and the victim’s bodies were burnt with cigarettes. Civil Line Police arrested two wanted suspects from a private torture cell during the raid while the three including the main suspect could not be apprehended by the police.

According to the police report, in the case registered at the Civil Line Police Station by Muhammad Asif, it has been stated that the suspect Falak Sher alias Sherry Gujjar, his brother Hassan Gujjar, along with his unknown accomplice abducted Osama Ashfaq, a resident of Metropole Road on April 12 on the suspicion of informing the police regarding their ice selling and robberies.