What is the future of Karachi?

Prayer leader gunned down in Lodhran 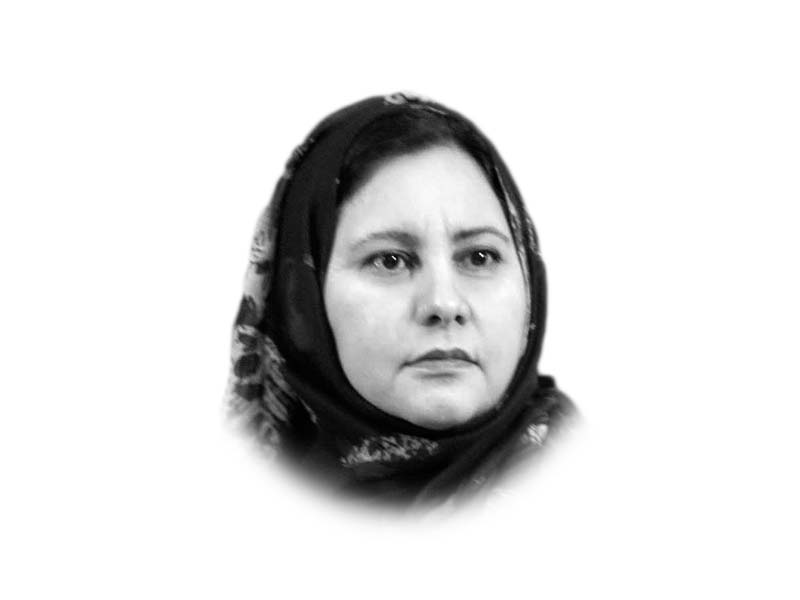 When King Hussein signed the Israel-Jordan peace treaty in 1994, Jordan was the second Arab state to do so, as Egypt had signed a similar treaty in 1979. The compliance of the two countries with Israel – seen as a sell-out by other Arab states – was the vital respite that Israel needed to exist in the otherwise bellicose neighbourhood. And so it happened – the 1973 Yom Kippur War was the last war waged on Israel by a united Arab force.

For Israel, these treaties did pacify the threat to its existence, yet arrogant as it is, Israel, has never been able to return the respect, especially in Jordan’s case. In retrospect, it seems that King Hussein, who had been sold the idea of a “final reconciliation of all the descendants of the children of Abraham”, was from the very onset, regretting his peace treaty, because the Israelis never for a day ceased to make life difficult for the Palestinians and the neighbourhood.

In 1997, in the aftermath of rioting over a tourist tunnel opened by Israel in Jerusalem and construction of settlements in East Jerusalem, the king had written an angry letter to Benjamin Netanyahu, elected prime minister since 1996, saying, “My distress is genuine and deep over the accumulating tragic actions which you have initiated… making peace — the worthiest objective of my life — appear more and more like a distant elusive mirage… ”

The king’s distress was called for, as he was the bearer of the Hashemite custodianship of the Al Quds, a sacred prerogative that legitimised the Hashemite rulership over Jordan, and an honour that brought them prestige and pride and which committed the king to the protection of all Palestinians. For this reason, Jordan has always hosted a large number of Palestinian refugees, who make about half of Jordan’s population today. And for the same reasons, Jordan had allowed the Palestine Liberation Organization (PLO) to function from its soil until 1971, and the Hamas leadership was stationed there till 1999.

The current spat between the two states, however, started with Trump’s Deal of the Century. The deal proposed annexing another 30% of the West Bank including the whole border with Jordan and also hinted a further plan of annexing the Jordan Valley. The plan also indicated that Jerusalem will be recognised as the “undivided capital” of Israel. Within hours of Trump’s release of the plan in January 2020, Jordanian Foreign Minister Ayman Safadi reiterated Jordan’s support for the two-state solution and the Arab Peace Initiative as the only path to a just and lasting settlement to the Israeli-Palestinian conflict.

Jordan understands the plan to be based on Israeli far-right vision that denies Palestinians an independent state in the West Bank and looks at Jordan as an alternative homeland for the Palestinians. With such a plan, not only would the Hashemites be done away with their custodianship, they would also be forced to absorb the whole Palestinian population in their country and would fall next in line for Israeli occupation who are already eyeing the Jordan Valley. So, King Abdullah warned Netanyahu in June that annexation would lead to a massive conflict and threatened cancellation of the 1994 Wadi Araba peace treaty with Israel.

Now, with Israel’s further diplomatic accomplishments of having the United Arab Emirates, Bahrain, Sudan and Morocco sign normalisation treaties with it under the Abraham Accords, Jordan has been left more apprehensive. Jordan was alarmed upon the possibility that Trump and Netanyahu would want to shift the custodianship on to someone more accommodative, even when it is improbable for any other Arab state to make such an awkward exchange.

Even before the normalisation was signed, in August 2020, when the US, UAE, and Israel released a joint statement saying “all Muslims who come in peace may visit and pray at the Al Aqsa Mosque, and Jerusalem’s other holy sites should remain open for peaceful worshippers of all faiths,” Jordan again took it as a call for a change in status quo. And in November 2020, the same fears were raised when Netanyahu tried to make new diplomatic efforts in the Arab world, when Jordan’s foreign ministry labeled the meet-up as an “attempt to alter the historical and legal status quo” and that the “Kingdom will continue its efforts to protect and care for the mosque.”

It is dismal to note how time has changed from the 1973 Yom Kippur War, when the late king Faisal tearfully attested that “if all Arabs agreed to accept the existence of Israel and divide Palestine, we will never join them”. And now after decades of connivance, Israel is daring to change the status quo in the same Arab neighbourhood.

Last month, Israel disallowed the Jordanian Crown Prince’s planned visit to Al Aqsa. The next day, Jordan denied Netanyahu’s helicopter access to Jordanian airspace for his UAE visit. By the end of March, Netanyahu refused to approve the assigned supply of water to Jordan and come April, Jordan alleged Mossad to be behind the coup plot involving ex-crown prince Hamzah bin Hussein.

The question is: can Israel afford a psychosis with Jordan when the latter has been playing a placatory role within the Arabs? Jordan also serves as a buffer zone with Iraq and Iran, the two states that have had open enmity with Israel – specially now, when Iran, Iraq and Syria practically share a security alliance that has managed to oust US intervention, with the help of Turkey and Russia. If Jordan decides to join this other camp right now, it might embolden this new alliance to act aggressively against Israel.

Israel, with its tiny land, of about 400km long and 100km wide, and with a 15km width at its narrowest point, cannot afford to be oblivious to it vulnerability in the midst of an envious Arab neighbourhood. The only chance it had was to win the hearts of the Arabs with complacency and with accommodating the Palestinians to the fullest. But unfortunate as it is for Israel, it has always gone the opposite trajectory!