Patients suffering from the coronavirus disease (Covid-19) get treatment at the casualty ward in Lok Nayak Jai Prakash (LNJP) hospital, amidst the spread of the disease in New Delhi, India April 15, 2021. PHOTO: REUTERS

'We are definitely over-burdened. We are already working at full capacity,' says a hospital’s medical director

From reporting under 10,000 new daily cases earlier this year, daily infections crossed 200,000 on Thursday, according to official data, the highest anywhere in the world.

At Lok Nayak Jai Prakash Narayan Hospital (LNJP), one of India’s largest Covid-only facilities with more than 1,500 beds, a stream of ambulances ferried patients to the overflowing casualty ward on Thursday. 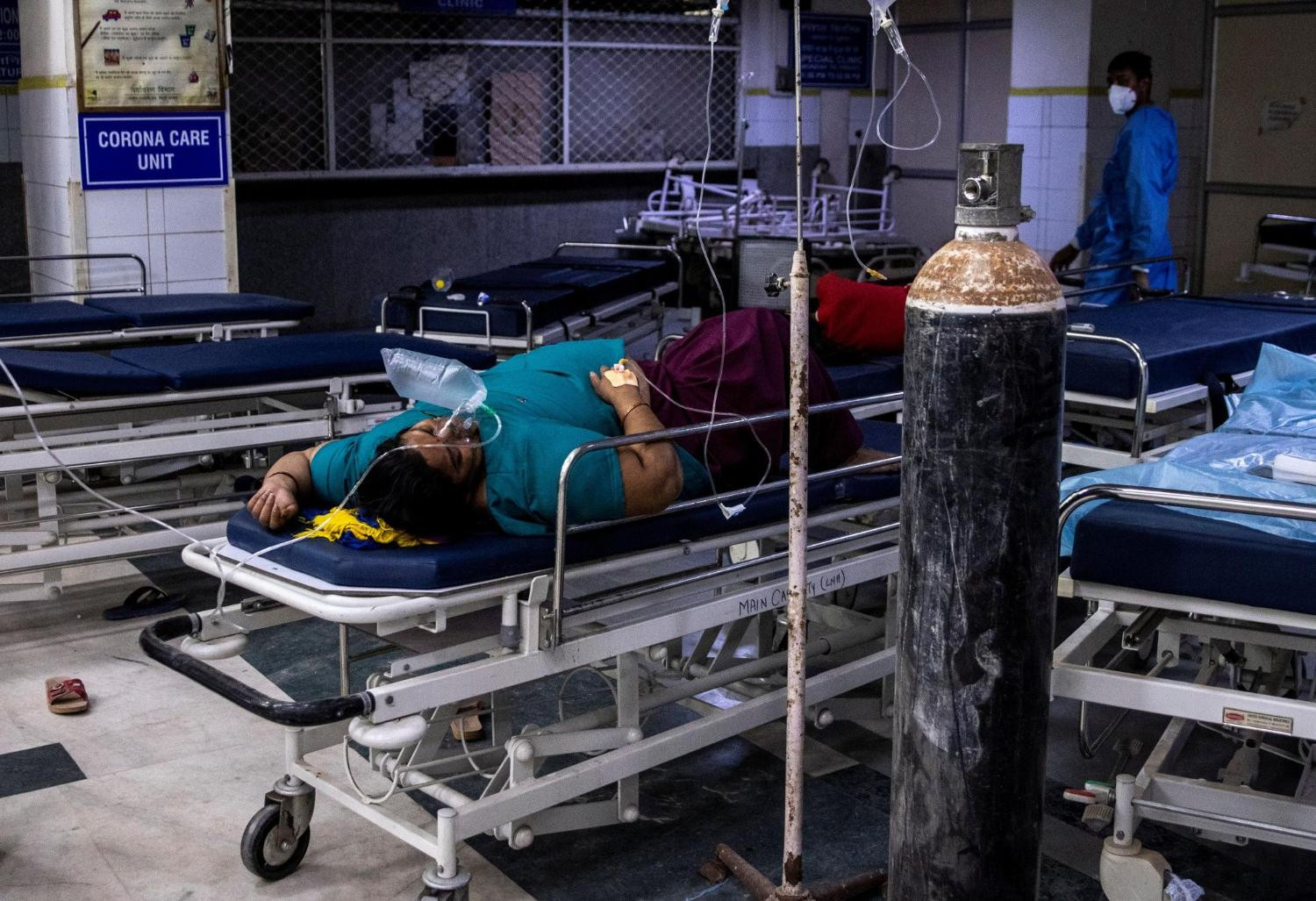 Some also arrived in buses and three-wheeled autorickshaws.

The youngest patient was a new-born baby.

“We are definitely over-burdened. We are already working at full capacity,” said the hospital’s medical director, Suresh Kumar. 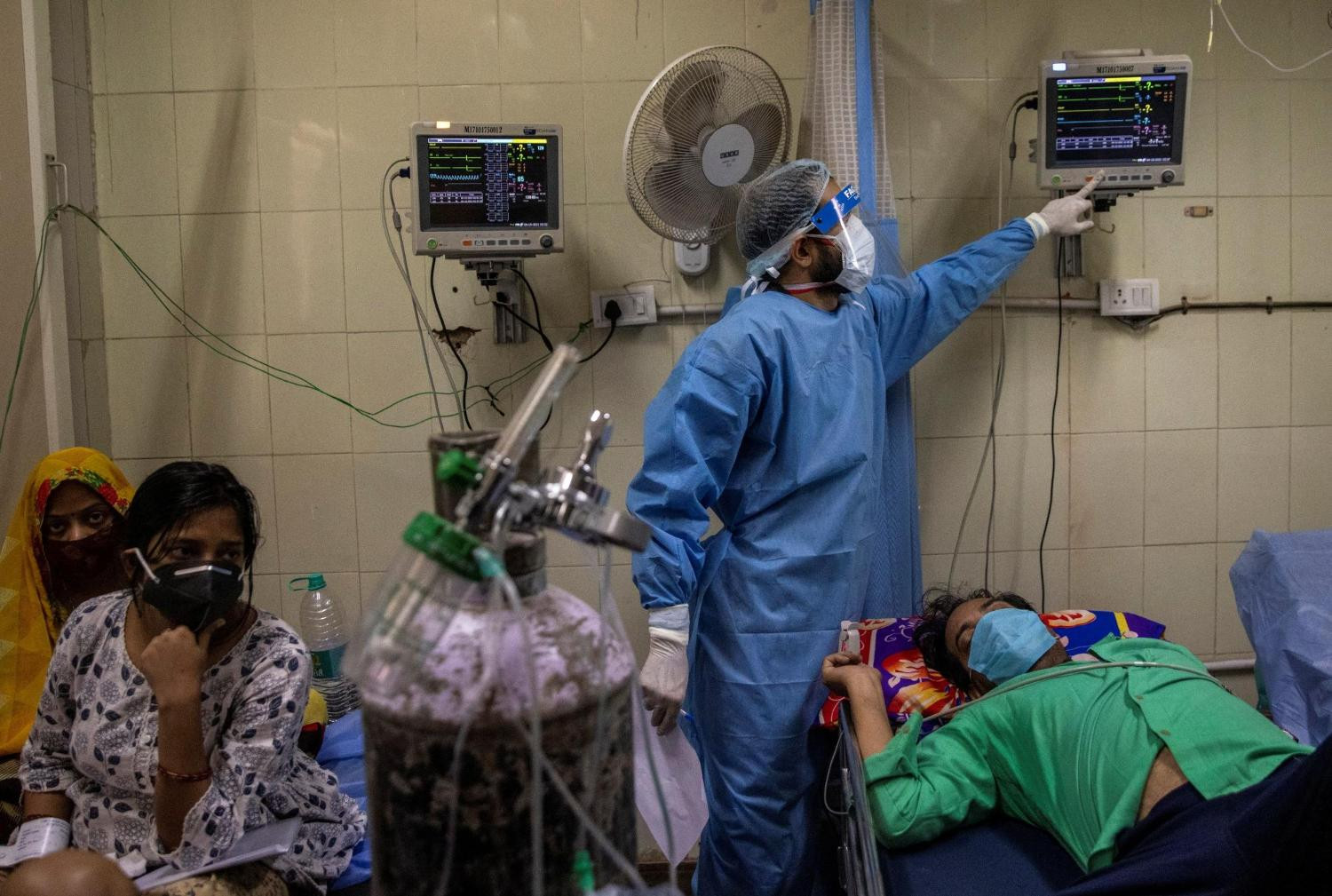 From an initial 54 beds, the hospital now has over 300 for Covid-19 patients in critical condition. Even that is not enough.

Unrelated patients share beds, while bodies of the recently deceased lie outside the ward before being taken to the mortuary.

“Today we have 158 admissions in Lok Nayak alone,” Kumar said. Almost all were severe cases.

After imposing one of the world’s strictest lockdowns for nearly three months last year, India’s government relaxed almost all curbs by the beginning of 2021, although many regions have now introduced localised restrictions.

LNJP’s Kumar said fast-spreading new variants that evade testing were adding to the burden, as was human behaviour as the country reopened.

“People are not following the Covid guidelines,” he said. “They are just careless.” 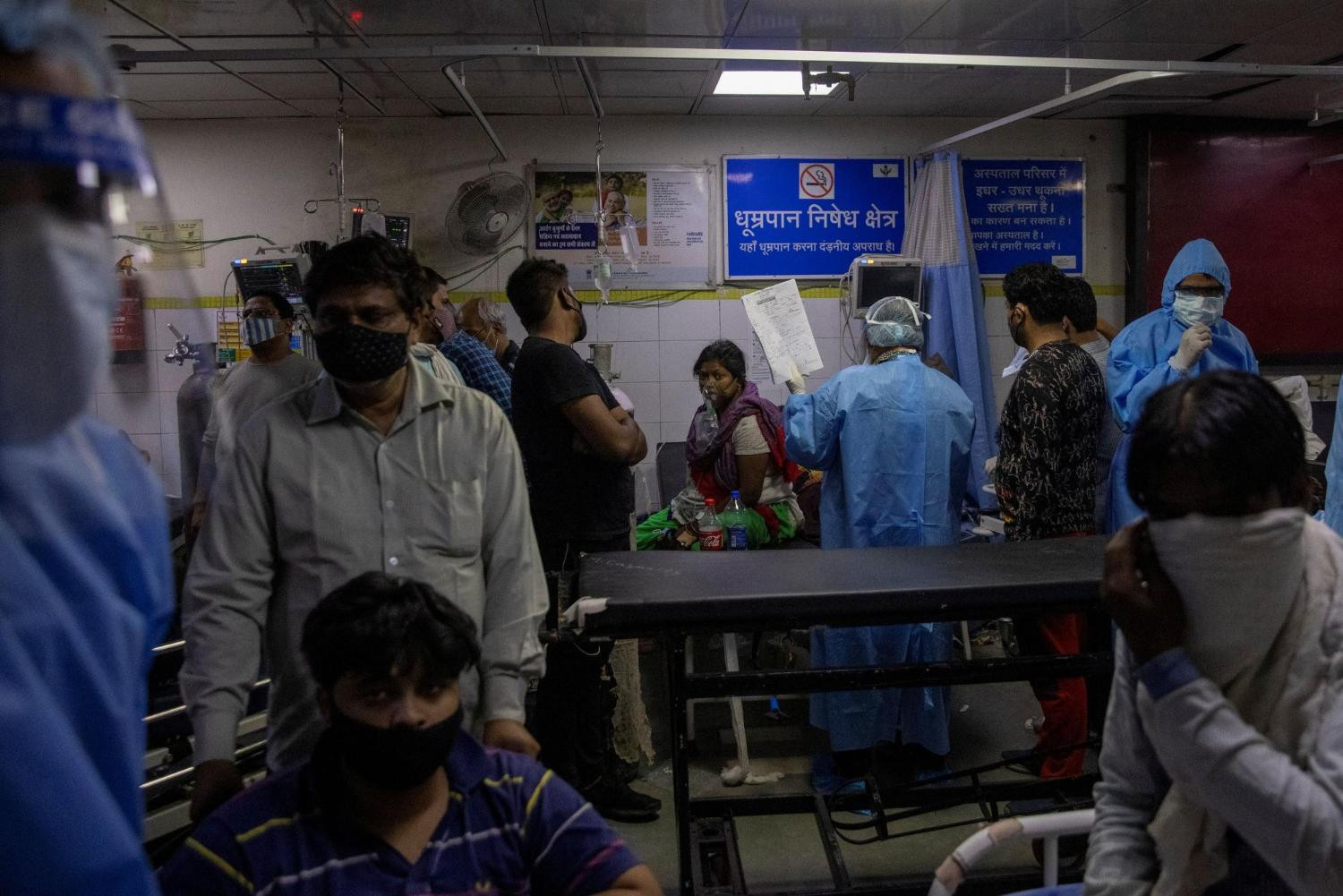 Outside the hospital’s mortuary, weeping relatives gathered in the hot sun to wait for the bodies of loved ones to be released.

Prashant Mehra, 40, said he had to pay a broker for preferential treatment before he could get his 90-year-old grandfather admitted to the hospital. The hospital did not immediately respond to a request for comment on his remarks.

Mehra said the effort made little difference in the end.

“He died after six or seven hours,” he said. “We already asked for our money back.”