Politics of the people

The latest cyberattack on the underground Natanz facility, could adversely impact the current negotiations 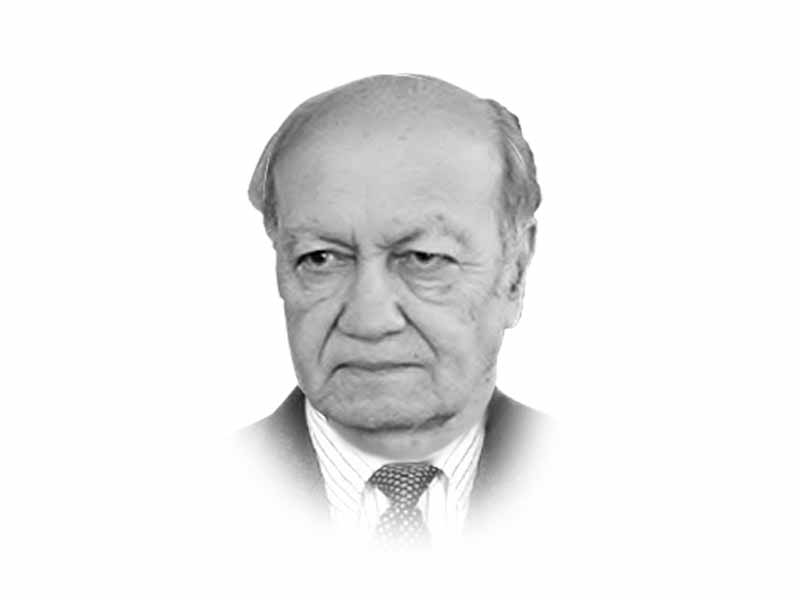 Of the many rash foreign policy decisions that former United States president Trump took the one that has caused immense harm to the credibility of the US and the sanctity of international treaties was the revocation of the Joint Comprehensive Plan of Action (JCPOA), commonly referred as the Iranian nuclear deal. Over and above, it imposed severe sanctions to cripple Iran’s economy hoping these measures would bring the downfall of the regime. This unilateral action in cohort with Israel reflected the deep animosity of the Trump administration toward the present Iranian government. Besides Israel, it was also meant to feed into the strong anti-Iran sentiment prevalent in Saudi Arabia and a few other Middle Eastern countries. These measures did cripple Iran’s economy but were unable to weaken its resolve to stand up to US pressure and continue unabated with the enrichment and missile programmes. America’s breaking away from the nuclear deal gave Iran’s power elite to further tighten its grip and pursue the nuclear programme with less inhibitions. It has gone past the enrichment limits that were part of the original agreement.

Incidentally, the Iran nuclear deal was the outcome of years of serious deliberations and was worked out by highly seasoned professionals on both sides. These were painstaking negotiations, as Iran is a hard country especially when it comes to working out a detailed agreement on high security and strategic issues. The most redeeming aspect of the deal was that it allayed the fears of its adversaries and the world at large that Iran’s ambitions, if any, to be the tenth nuclear power, have been stemmed at its roots.

As a member of the Pugwash Council, an eminent international organisation that focuses on nuclear proliferation and reduction of nuclear threat, I had visited Iran a few times and had the opportunity of seeing some of their nuclear installations including the enrichment facility. As our group consisted of members from several countries including China and the US, it was clear that Iran was demonstrating that it was imposing self-restrictions to adhere to the Non-Proliferation Treaty (NPT) despite its undeniable technological and scientific prowess.

So, for Trump to revoke the nuclear deal without any sound basis apart from pleasing Israel and a few Arab countries and quelling his anti-Iran sentiment was certainly ill-advised. Subsequent developments did affirm these apprehensions.

After the US set aside the agreement the P-4 and Germany were left to fend for themselves. Of course, Trump was insisting that they take similar action. To an outsider it seemed they had frozen their options — not wanting to displease the superpower and not totally aligned with its policy.

Once the US abandoned the agreement, Iran’s power elite was unshackled to take a course that it saw fit for it. Another aspect generally overlooked is that when a country feels threatened it would hasten to build its defenses even more resolutely.

The answer lies in bringing Iran back in the international fold and the two sides should take appropriate measures to reduce mistrust and not be influenced by countries that have their axe to grind.

Pakistan’s position on Iran’s nuclear programme is unambiguous. It wants Tehran to remain in full compliance of the nuclear deal. Any departure from it raises undue tensions in the Middle East and widens the rift and apprehension among Muslim nations, particularly between Iran and Saudi Arabia. The extraordinary breakthrough in Saudi-Israel relations or UAE-Israel relations are largely a fallout of the growing hostility between Iran and the Arab states that was fully exploited by the US and Israel to mostly their advantage.

According to press reports, the US recently claimed to have floated very serious ideas on reviving the agreement but so far Tehran has not responded.

Although reports indicate talks between Iran and the European Union, with the US watching from the sidelines, have been encouraging. However, President Rouhani choosing to inaugurate a cascade of advanced centrifuges for producing enriched uranium at the Natanz facility gave contradictory signals. Perhaps it was meant to indicate that despite the very harsh sanctions, through sheer determination Iran has made a major breakthrough in development of nuclear technologies and equipment. And hopes that this would lend weight while conducting the tough negotiations.

The latest cyberattack on the underground Natanz facility, apparently by Israel, so soon after its commissioning, could adversely impact the current negotiations. It is indeed unrealistic on the part of Israel to contend as though it has the right to be the sole nuclear power in the Middle East. In fact, its possession of nuclear power and aggressive policies are a major source of instability of the region.

The US must have realised that building pressure on nations does not necessarily work. In most cases it strengthens the nation’s resolve to stand up to it. Pakistan is no stranger to these pressures. It was dealt with so severely and unfairly when it was building its nuclear capability, but through sheer determination it steered its way through. True, the people suffer as they have to bear the burden of sanctions and its long-term ill effects.

Another disturbing aspect is how the US and the West generally have happily reconciled and even helped Israel in acquiring its nuclear capability and deliberately overlooked India’s nuclear build up. This was in sharp contrast to how Pakistan’s nuclear programme was viewed.

As regards Iran, the attitude is equally harsh. There is however a big difference between Iran and Pakistan’s nuclear policies. Iran is a signatory to the NPT whereas Pakistan is not and the logic of its nuclear build-up is to counter the Indian capability, lest it be unfairly disadvantaged. To point out these contradictions is to highlight the reality that major powers support or oppose proliferation not on principles but on sheer expediency. The monopoly of the big five as nuclear powers is by itself a contradiction and a paradox that is not going to change even in the distant future.