A Pakistani production set to be dubbed in Turkish, says Faisal Javed Khan

As per NCOC, Punjab recorded majority of deaths, followed by K-P 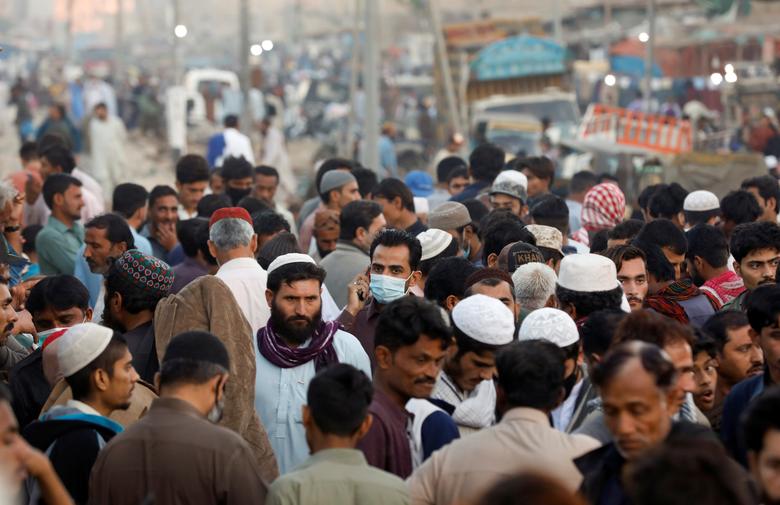 A man wearing a protective mask walks through a crowd of people along a makeshift market as the third of the deadly Covid-19 pandemic grips nation. PHOTO: REUTERS/File
PAKISTAN:

Pakistan recorded a total of 5,050 new cases of coronavirus and 114 deaths in 24 hours, reported the National Command and Operation Centre (NCOC) on Sunday.

Out of the total deaths, 104 patients died in hospitals, whereas the remainder of deaths occurred outside of hospitals. Moreover, 43 of the patients who succumbed to the virus on Saturday were on ventilators.

Moreover, the NCOC added that the majority of deaths were reported in Punjab, followed by Khyber-Pakhtunkhwa (K-P).

Currently, the total number of active Covid-19 cases across the country is 73,875. A total of 4,920 patients were admitted across Pakistan in about 630 hospitals with Covid-19 facilities.

Out of 518 ventilators occupied across the country, the highest number of ventilators were occupied in Gujranwala at 88 per cent occupancy, followed by Multan at 81 per cent, Lahore at 79 per cent and Islamabad at 57 per cent.

The NCOC further reported that the highest number of oxygen-bed occupancy in the country was again in Gurjranwala at 85 per cent, followed by Peshawar at 72 per cent, Gujrat at 71 per cent and Swat at 63 per cent.

About 631,700 people have so far recovered from the deadly virus across the country.