Low income countries received only 0.2% of Covid vaccines: WHO 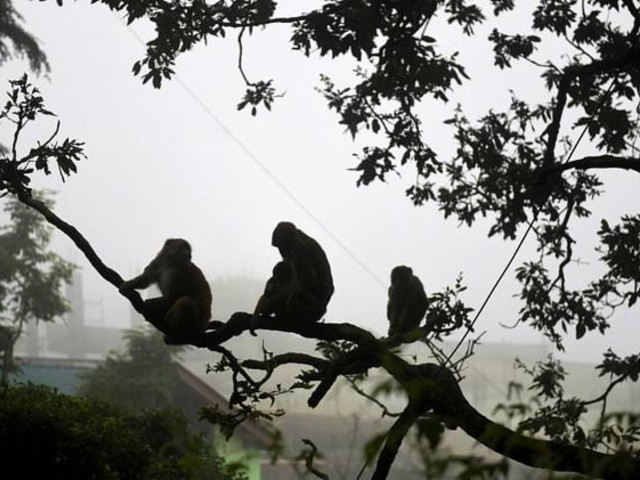 Monkeys are a regular sight in some Indian cities. PHOTO: AFP/FILE

The pair were apprehended after one victim complained to officers that three men carrying monkeys had surrounded and robbed him of 6,000 rupees ($80), a local police official told AFP.

Authorities across India have been grappling with the menace posed by monkeys in Delhi and other populated cities, where they often enter homes in search of food.

But it is illegal for Indians to capture them under a 1972 law.

"When the victim was sitting in an autorickshaw, the men also entered (the vehicle) and asked one monkey to sit on the front seat and another at the back," the official said.

"They took the money the lawyer had in his wallet and fled with the monkeys."

Police suspected the gang were behind other similar thefts and officers set up a dedicated team to track down the culprits, who were arrested Thursday at a bus stop along with their animal accomplices.

The third thief is still at large while the monkeys have been sent to an animal rescue centre.

Monkeys are often trained as street performers in India and incidences of the hairy simians attacking residents are not uncommon.

Last year a troop of monkeys attacked a medical official and snatched blood samples of patients who had tested positive for coronavirus in Meerut city in northern India. 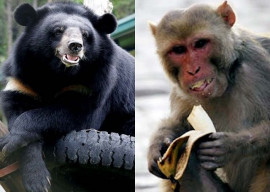 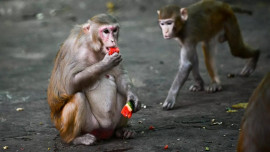 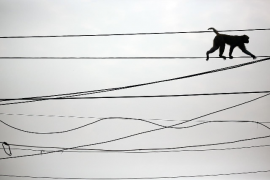 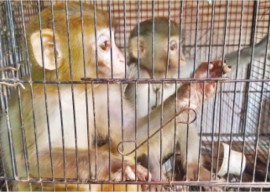