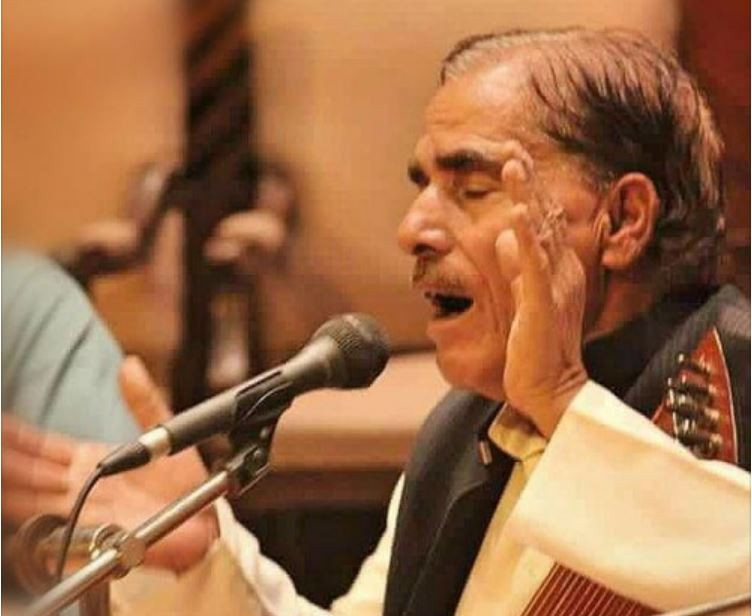 Presidential Award-winning classical singer Ustad Mubarak Ali Khan passed away at the age of 81 in a Lahore hospital on Thursday night. According to family sources, Khan was unwell for the past few days and suffered a heart attack, which resulted in his demise. His funeral prayers were offered in Shahdara Town on Friday morning.

Khan was born in a village in India’s Jalandhar district in 1940. While he did not belong to a renowned musical household, he became the harbinger of music in his family. He was the paternal uncle and mentor of Javed Bashir and Akbar Ali.

He was a prominent artist of the Kirana Gharana [one of the most prolific Indian classical khyal gharanas concerned with perfecting intonation of notes]. Khan received his primary music education from his paternal uncle Ghazanfar Ali Khan and he called Ustad Amir Khan Indore his spiritual teacher.

Upon hearing about his demise, Ustad Hussain Baksh Gullo told The Express Tribune, “Ustad Mubarak Ali Khan was among the best classical singers of Pakistan who not only earned fame in the world of classical music but also became a supervisor of classical music. His voice was beautiful enough to impress generations and the news of his passing is indeed, quite saddening.”

Tehzeeb Foundation patron Sharif Awan, who’s initiative Indus Raag aims to cultivate, archive and promote the inspirational legacy of music traditions of the Indo-Pak subcontinent, also lamented Khan’s death. “The los Ustaad Mubarak Ali Khan is a great one because he was the only advocate of Ustad Amir Khan’s style of singing in Pakistan. There are many who follow the teachings and style of Ustad Ghulam Ali Khan but none except him were inspired by Amir’s Indore gharana whilst being a part of the Kirana Gharana,” he said.

Awan, who also received a Global Music Award in 2016, added, “The problem right now is, we are losing classical music maestros one after another. And since they have only a number of disciples, even fewer from among those disciples carry forward the teachings of their mentors.”

Minister of Culture Khayal Ahmad Kastro also expressed his sorrow and wished Khan’s family strength during this testing time. “The death of Ustad Mubarak Ali has caused irreparable damage to classical music. Khan conveyed a message of peace to the world through his art and may Allah Almighty grant him the highest rank in heaven,” he said.

Guitarist Sajjad Tafu also chimed in, "There are a few artists in the world of classical music who can sing in the style Ustad Mubarak Ali Khan did. And his death has certainly deprived our country of a voice and style that can never be replaced.”

Khan’s style of singing resonated his knowledge of the century-old musical form Khyal [related to the longer melodic form known as the dhrupad with fewer restrictions]. He became a research scholar and then, like a faqir [beggar of knowledge], became a student of Ustad Indore. He represented Pakistan internationally on a few occasions and also performed at the All Pakistan Music Conference in 1992.

Khan brought out the original form of Barag from his thorough understanding of Vidya during his performance and gathered immense praise from the crowd. The conference also featured performances by Roshan Ara Begum, Mian Qadir Bukhsh Pakhawaji and Ustad Bade Ghulam Ali Khan among others.

Khan was among the most senior teachers of classical music in Pakistan. He was awarded the Pride of Performance in 2007.