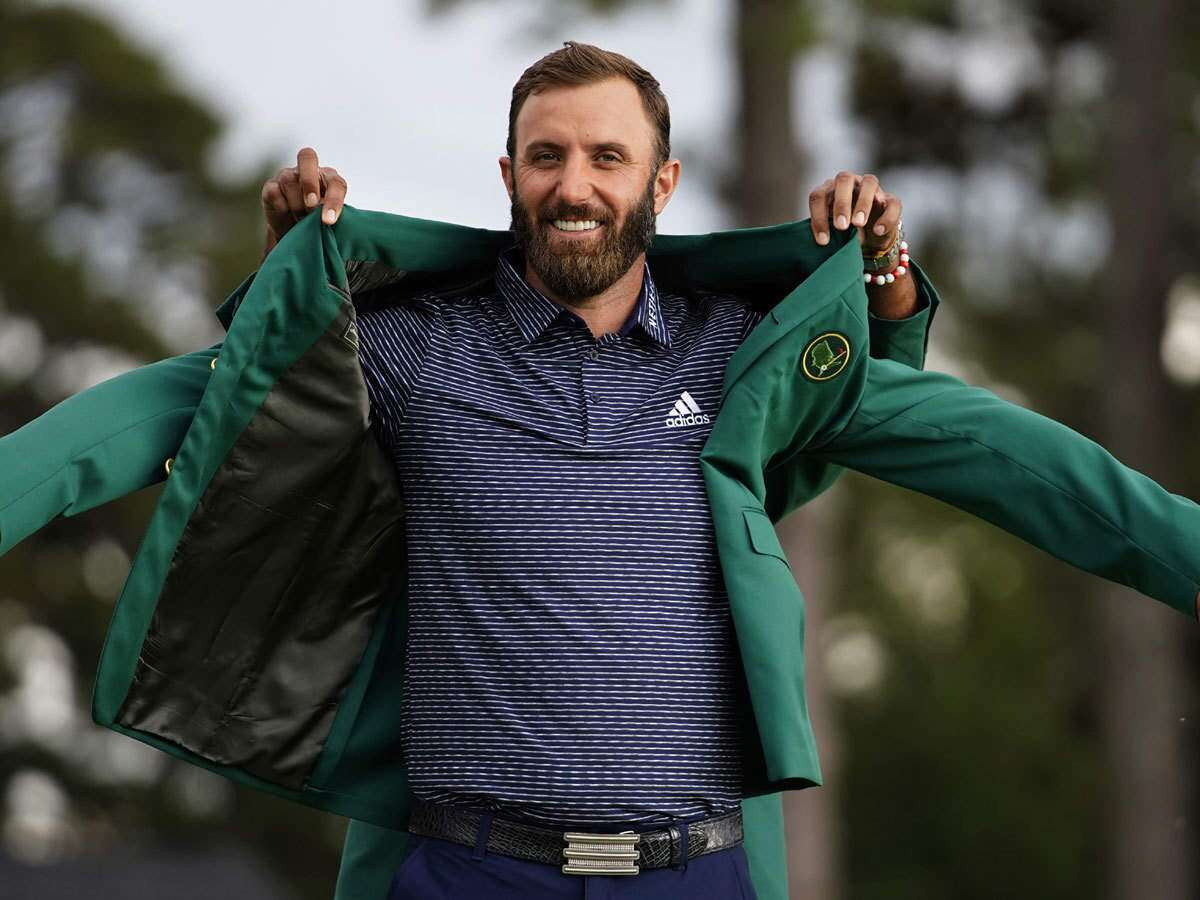 Top-ranked defending champion Dustin Johnson barely spent five months with his green jacket -- during a Covid-19 pandemic no less -- but it's time to keep it exclusively at Augusta National.

Johnson won last year's Masters with a course-record 20-under par 268 last November after the tournament was delayed from April due to the pandemic that has limited his moves with the famed apparel.

"Probably the coolest thing was wearing it when I was here like having dinner," Johnson said. "I didn't really wear it anywhere.

"I haven't had it for that long, so didn't do a whole lot of things, especially with Covid and all, not like we're really doing much. But I enjoyed wearing it while it was here."

Augusta National rules say winner's green jackets must be kept at the club, except the reigning champion gets to take his where he likes until the next Masters.

The only way Johnson will get more time outside Augusta National will be to win again, and while he has the long-driving game to make it happen, even he admits how tough that will be.

"It's just very tough to win once," he said. "You've got to put four good rounds together. You've got to do everything well. And with it firm and fast, it's just a really hard golf course because obviously any hole at any time can jump out and get you."

Johnson has only one US PGA top-10 since his Masters win, sharing eighth in February at Riviera, but he also won the Saudi International in February and likes where his game is at as Thursday's first round looms.

"I feel like the game is starting to get really sharp again. I feel really comfortable," Johnson said. "Maybe not quite as good of shape as it was in November, but I feel like it's coming together.

"I'm starting to hit a lot of the same shots and getting a lot more comfortable over the golf ball. I feel like it's in pretty good form." Thomas 'ecstatic' at possibility of playing in Tokyo Games