The limitations of political grandstanding

For the conjoined twins of South Asia, it is critical to weigh up the appalling costs of their continued rivalry 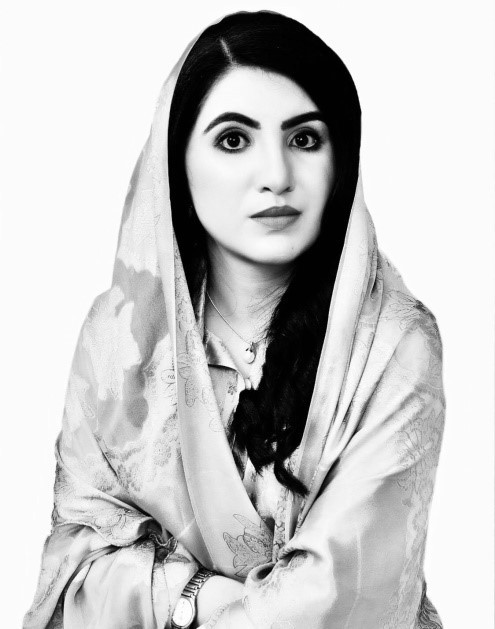 The writer is a graduate of law and international politics. She tweets @SariaJadoon

Within a day of the finance minister’s pronouncement to withdraw the ban on imports from India, the cabinet discovered that we were in fact setting off to buy poison. For its deleterious effects on health, sugar is known as white poison. In this instance, trade of the sweetener would also be an affront to Kashmiris who have quite literally been immured in the picturesque valley since the revocation of the state’s autonomy in August 2019. Thus, ruling out trade and talks with India absent the restoration of Article 370. This retraction is consistent with the modus operandi of the present government — non-existence of strategy and noisy, uncoordinated, ill-considered statements followed by reversals. Although, the people of Pakistan have become accustomed to these turnarounds in three years, in the realm of foreign affairs, the credibility of policy and policymakers is not only relevant but also consequential.

Coming back to Pakistan and India, neighbours that borrowing from Voltaire, can neither live together nor do without one another. The faulty line Radcliffe marked out on the map of the erstwhile British colony in 1947 lies at the heart of this rather pathological acrimony between them. Four wars and numerous skirmishes later, the respective ideologies of both countries continue to foment fixation with contested territories, primarily the former princely state of Jammu and Kashmir, some parts of which are held by Pakistan and others by India. The status quo is not negotiable, neither at the table nor in a battlefield blanketed by nuclear weapons. The only area open to discussion is the one in control of the adversary; for the foreseeable future, no political leader can afford to surrender an inch of a land etched deep into multiple layers of popular psyche. Therefore, in the prevalent circumstances, roping peace in South Asia to a resolution of Kashmir issue that is acceptable to all three parties ordains the process to a deadlock even before it begins.

In this animosity between Pakistan and India over Kashmir, the sufferers are Kashmiris and soldiers whose blood is lavished on the vanity of men at the helm. The first consideration then should not be territory but human lives. Indeed, India’s despotism in the valley is an internationally denounced fact and no allowances can be made for it. But what can Islamabad do to alleviate the plight of those people? Let us take a look at the options. A full-scale war is unthinkable. Military means such as limited confrontation on the borders or armed assistance to Kashmiri freedom fighters will only compound the problem. If that does not help, why rob families of their sons and waste ammunition? Given India’s economic might and new-found strategic significance, Pakistan’s diplomatic advances cannot pull in anything more than a statement of condemnation of the human rights violations in Kashmir from some friendly countries. To a certain extent, narrative certainly matters but building it requires reputation, influence, time and consistency. Vilified for allegedly sponsoring terrorism and reliant on external financial assistance to stay solvent, our opinion lacks the power to make substantial difference.

What other leverage can Pakistan exercise to bring India’s helter-skelter missions in Kashmir to an end? No talks and trade until reinstatement of the state’s special status? A weak country can also not be cowed into accepting such preconditions for dialogue let alone an aspirant for regional and global leadership. Only by lowering the rhetoric and engaging positively and meaningfully with India in multifarious domains and giving it time can Islamabad also succeed in creating some breathing space for Kashmiris besides generating other dividends for people on both sides. Grandstanding may earn momentary plaudits but it does not help solve pressing issues. Mismanagement, a restive neighbourhood, and decades of war on terror have depleted Pakistan’s exchequer. We may have near nuclear parity with India but that home to 1.3 billion people is set to become the world’s third largest economy by the end of the decade with a GDP of over $5 trillion. Eventually, it is the relative size of economies that determines the relationship between countries — the United States prevailed in the Cold War primarily because its economy could outspend the Soviet Union’s by a large margin.

Recognising the limitations of one’s choices is not defeatism. It is pragmatism. Let us turn to our ‘all-weather’ friend for a dose of wisdom. In 1978, president Deng Xiaoping relocated the fulcrum of China’s foreign policy from ideology to domestic economic growth. This called for a benign external environment; thus, rather than rushing to sort out multiple problems of disputed sovereignty, he enjoined to shelf those challenges for future generations whose greater national power will give them greater leverage to settle disagreements with its neighbours in China’s favour. One only needs to look at the statistics. In four decades, the country’s poverty rate has declined from 90% to 0.6%. Today, China’s large consumer market has become the ultimate arbiter of the regional geopolitical game. The colossal volume of trade and tourism between the Middle Kingdom and its adversaries does not mean the former has given up its historical claim to Taiwan or the Senkaku Islands, for instance, nor does it dampen the patriotic sentiment of its citizens and leaders.

For the conjoined twins of South Asia, it is critical to weigh up the appalling costs of their continued rivalry. The situation in Kashmir is untenable but Pakistan’s policymakers must understand that their public conditions for negotiations preclude the state’s return to pre-August 2019’s status even if India desires to, for the sake of its own good. The only viable option is to freeze the conflict for a few decades and meanwhile cultivate constituencies of peace on both sides of the border that do not exchange gunshots but merchandise, ideas and opportunities. Over 130 million of Pakistan’s young population cannot afford to miss the bus to economic development for which peace is a prerequisite. The template has already been set by the COAS’s speech at the Islamabad Security Dialogue. The government must build on it now.