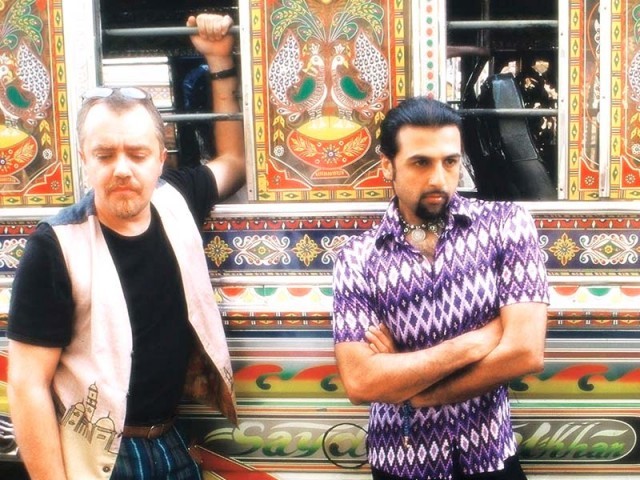 Brian O’ Connell and Salman Ahmad will be performing together on September 23. PHOTO: FILE

Junoon may not be a part of Pakistan’s mainstream music after Ali Azmat calling it quits in 2005, but lead guitarist and founder Salman Ahmad believes it’s “time to put the ‘Junooni’ spirit back into your lives”.

As the latest reminder of the band’s contribution to the country’s music scene, Ahmad is set to celebrate Junoon’s 20th anniversary.  “We are reaching Junoon’s 20th anniversary, so I’m excited about more projects coming up regarding that,” Ahmad told The Express Tribune.The musician will be performing with the band’s former bassist Brian O Connell.

“Brian O’ Connell is performing on Junoon’s 20th anniversary celebration concert at the Asia Society on September 24 in New York,” Ahmad broke the news on his Twitter page after announcing September 30 as the day when “Rumi taught Junoon how to play” two decades ago.

Ahmad is also planning to launch an album to mark two decades of Junoon. The album will be featuring Strings, Bilal Khan, Outlandish, Usman Riaz and Laal’s Taimur Rahman, “who are recording their favourite Junoon tunes”.

The musician has also invited his Twitter followers to suggest songs for the album. To make them join the celebration, the artist has promised to promote their Junoon-inspired videos uploaded on YouTube: “Share your personal Junoon stories, sing, play guitar, lip-sync to Junoon’s songs… you are the star on YouTube.  Shoot a three-minute video.”

“I met Mira in June in New York, where I was performing. She told me that she was about to start shooting in August and would be considering new music for The Reluctant Fundamentalist and asked if I was interested. I’m a huge admirer of her movies like Mississippi Masala, Monsoon Wedding and Salaam Bombay. So, saying yes was a no brainer,” says Ahmad.

There is no news about Ali Azmat performing with the other band members, possibly because he and Ahmad have not been very ‘friendly’ ever since they kick-started their solo careers.

Dancing in the rain