Whose fault was it, Fakhar’s or De Kock’s? 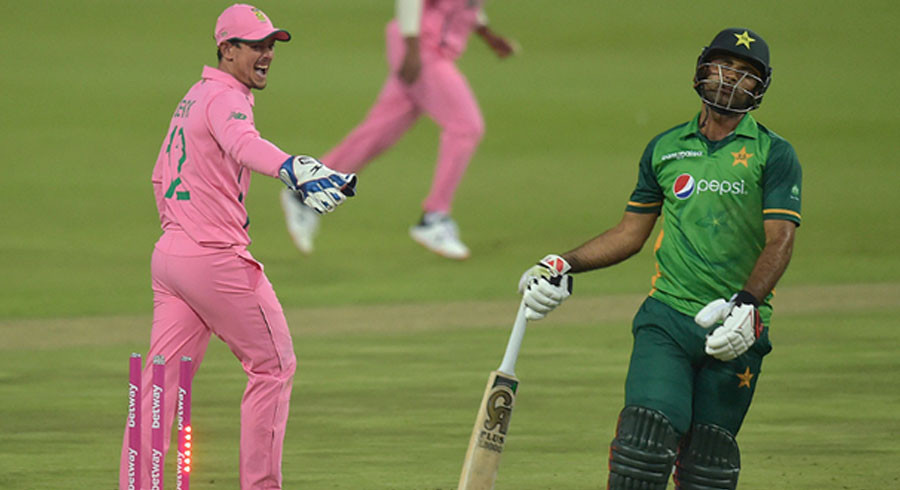 Cricketing connoisseurs have once again found themselves in a fix. They’ve come across a problem which they will be debating upon in the coming weeks.

This time, luckily, it is not the infamous Mankad rule.

On Sunday in Johannesburg, Pakistan left-handed opener Fakhar Zaman was adjudged run-out as he was completing a second single, running towards the batting end. As he was approaching the crease with ease, South Africa wicketkeeper-batsman Quinton de Kock was seen signalling to his fielder at long-off. Fakhar turned to see what the ruckus was about, but what happened next will be written in the cricketing folklore as one of the two: either as a criminal deception, or a cleverly orchestrated cheeky move.

In a matter of a few seconds, Fakhar turned to see if his tail-end partner Haris Rauf was safe, however, the ball travelled straight to the opener’s end and dislodged the bails directly, catching him by surprise. Fakhar was run-out on 193 and Pakistan’s hopes of pulling a miraculous run chase came to an anticlimactic end.

The debate that raged on seconds later was whether De Kock should have been convicted of “fake fielding” as per the International Cricket Council laws, or Fakhar should have been aware and completed the run first before turning around.

To add insult to injury, De Kock’s giggle to send off Fakhar fuelled the fire further as cricket fans and experts alike started wondering who was at fault in the saga that ensued at the start of the last over of the second ODI, a match South Africa had to win to stay alive in the three-match series.

Fakhar’s departure meant Luis Ngidi had to bowl to tail-enders, who didn’t have any chance of scoring a six each of the remaining five balls to draw the match.

However, with reactions pouring in, Pakistan must be wondering why the on-field umpires didn’t seek the help of the third umpire to put the debate to rest then and there.

Pakistan pace legend Shoaib Akhtar believes what ensued was a classic example of unsportsmanlike conduct rather than being a clear case of cheating.

However, South Africa captain Temba Bavuma and spinner Tabraiz Shamsi believe that De Kock was not at fault at all, with the former claiming that De Kock “didn’t break any laws of cricket”, while the latter saying: “Fakhar should’ve completed the run first”.

In the upcoming days, the debate will continue to catch fire if Pakistan lose the third ODI and eventually the three-match ODI series, since it will become more wondrous to wonder what if Fakhar had stayed and taken Pakistan home. However, a series win by Pakistan may throw some water on the fire.

Whatever the case may be, the scenario has brought into light a rule which many didn’t even know before it happened.

However, the debate is moving away from the rule and more towards the question of whether De Kock’s act was within the spirit of the game.

Just like Mankad, a rule where a bowler can stop and remove the stumps at the bowling end if the batsman has crossed the crease before the ball is bowled, this rule may also come down to the fact that the sole act of deceiving a batsman through fake fielding is against the spirit of the game.

Nearly all former and current cricketers believe that although Mankading someone is legal, it shouldn’t be done since it involves deception by the bowler. Likewise, deceiving a batsman through fake fielding is considered criminal by the majority.

Cricket fanatics, whose favourite game is known as the gentlemen’s game, cannot afford to see unsportsmanlike conduct in any aspect of the sport, be it batting, bowling or fielding. Thus, if De Kock is found guilty of the cricketing crime many think he has committed, it will become difficult for the Proteas keeper-batsman to earn the respect of the cricketing community back, which he has nurtured through years of hard work.

And if anyone wants to understand how unforgiving the cricketing community is if someone acts against the spirit of the game, they should go back to the Australia ball-tampering saga, which brought the career of one of the greatest batsmen of his generation, Steve Smith, to a year-long halt. 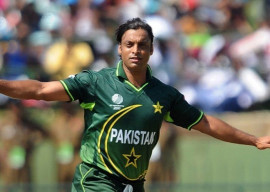