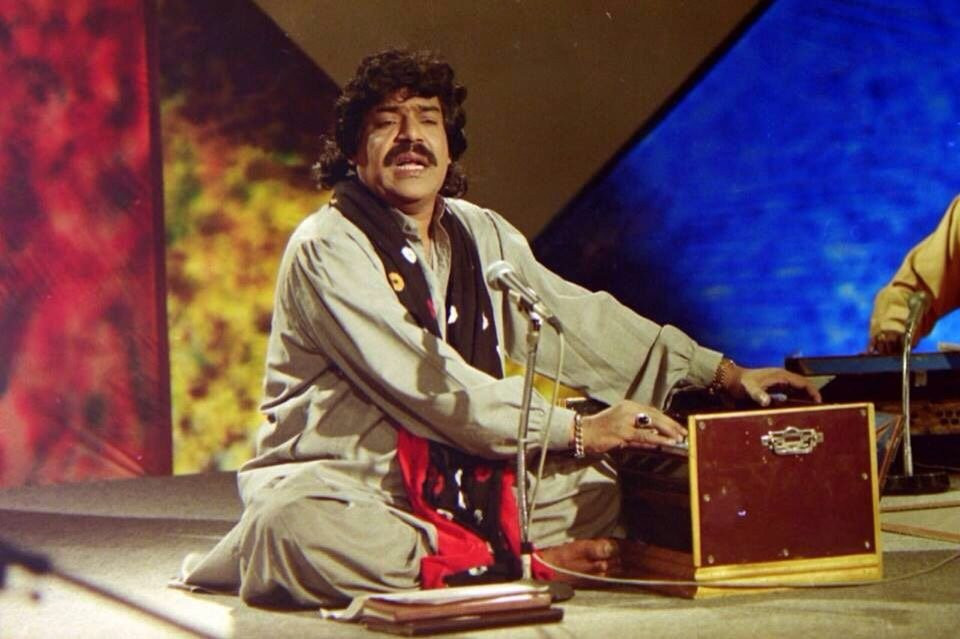 Popular Punjabi folk singer Shaukat Ali has passed away after a protracted illness in Lahore, according to family sources.

Shaukat Ali was under treatment at the Combined Military Hospital (CMH) in Lahore after liver failure where he died Friday afternoon, his son Imran Shaukat said.

In a video message on Thursday, his son Ameer Shaukat had requested fans to pray for the recovery of his ailing father.

“I would request the entire nation to pray for Shaukat Ali who is critically ill,” he said while revealing that his father was receiving treatment at the military hospital on the special directives of army chief General Qamar Javed Bajwa.

Born into a family of artistes in Malakwal, a town in Gujrat district (now in Mandi Bahauddin district), Shaukat Ali began singing in the 1960s, while at college, receiving help from his elder brother Inayat Ali Khan, according to Wikipedia.

He was known for singing devotional poetry with great vigor and a wide vocal range, for example Heer Waris Shah and Saif ul Maluk. As folk singer, he was equally popular in both Pakistani and Indian Punjabs.

Shaukat Ali was a one of the most prolific singers in Pakistani who was equally good at singing ghazal, devotional, folk and patriotic songs.

He was awarded the presidential Pride of Performance, the highest civil award, in 1990 in recognition of his services. He was also given the title of ‘Voice of Punjab’ in 1976. In 2013, he was honoured with the ‘Pride of Punjab’ award by the Pakistan Institute of Language, Art and Culture.

He prayed for the elevation of the departed soul to high ranks and for fortitude to the bereaved family.

The premier said that Shaukat Ali's services in the field of singing will always be remembered.