MPA Ali Haider Niazi claime­d he was hit by a female member of the provin­cial assemb­ly during the sessio­n.
Published: August 11, 2011
Tweet Email 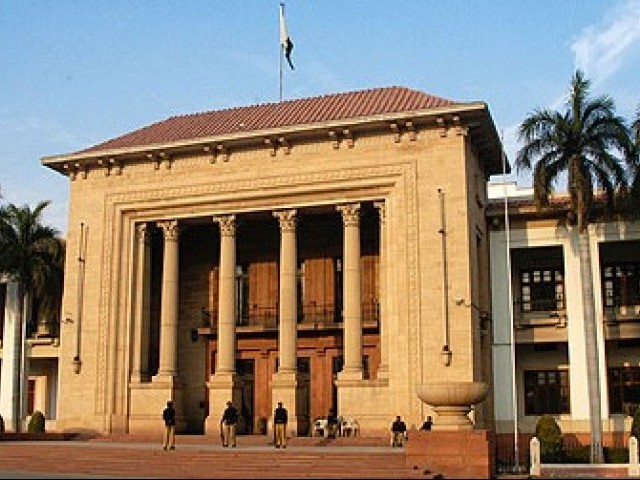 MPA Ali Haider Niazi claimed he was hit by a female member of the provincial assembly during the session.PHOTO: TMN/FILE

LAHORE: Chaos erupted in the Punjab Assembly on Thursday after a Pakistan Muslim League-Nawaz legislator’s derogatory remarks against the PPP and MQM.

The Punjab Assembly session was called upon the request of the Opposition to debate the formation of new provinces.

Before the start of the session, Chaudhry Zaheerudin said his party wanted the formation of South Punjab on an administrative basis.

The uproar started when MPA Ali Haider Niazi criticised the opposition, calling them ‘traitors’. He demanded that if South Punjab is being made a province then the same should also be done with Thal.

Niazi claimed that a female MPA struck him from behind, after which he proceeded to exchange harsh words with PPP MPA Fauzia Behram.

It is unclear who assaulted him.

Harsh words were exchanged between the members of PML-N and PPP while the Assembly speaker postponed the session for an hour.