"I am delighted to learn about Your Royal Highness's plans for launching Saudi Green Initiative aimed at protecting the nature and planet. The two initiatives, which, inter alia, include, plantation of 10 billion trees and its upscaling to 50 billion in the region as part of Green Middle East Initiative, are highly commendable," the premier said in a letter to the Crown Prince on Monday.

Referring to Pakistan's ongoing 10-billion tree campaign, the premier said that Islamabad cherishes its cordial and brotherly relations with the Kingdom of Saudi Arabia and "we would like to extend our support for Your Royal Highness's excellent Green initiatives."

The PM further said that "while our two countries maintain close cooperation on climate change issues at all multilateral forums, a meaningful and structured bilateral engagement can help advance our shared vision and create mutually beneficial opportunities for partnership."

He went on to add that "we would also be happy to share experiences, knowledge and lessons from our nature-based approaches and initiatives." 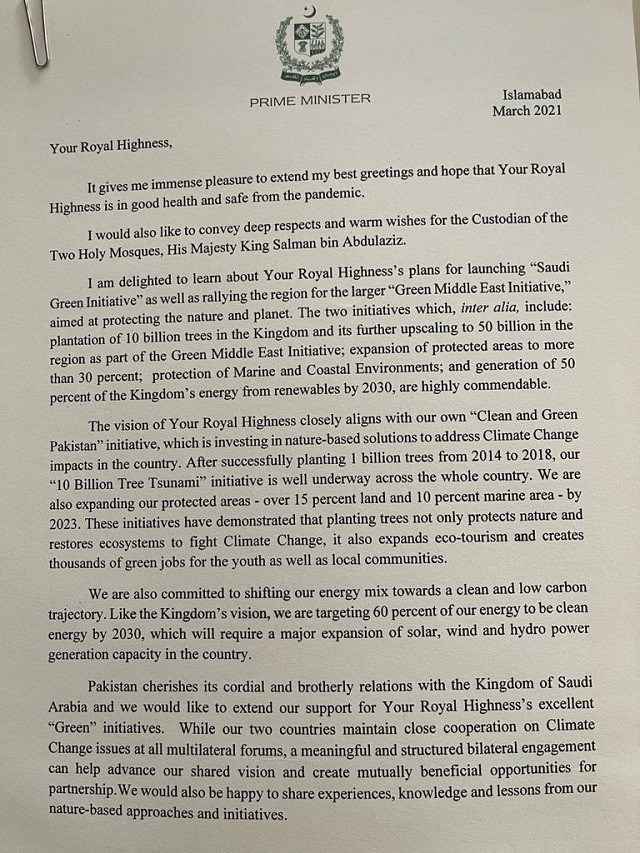 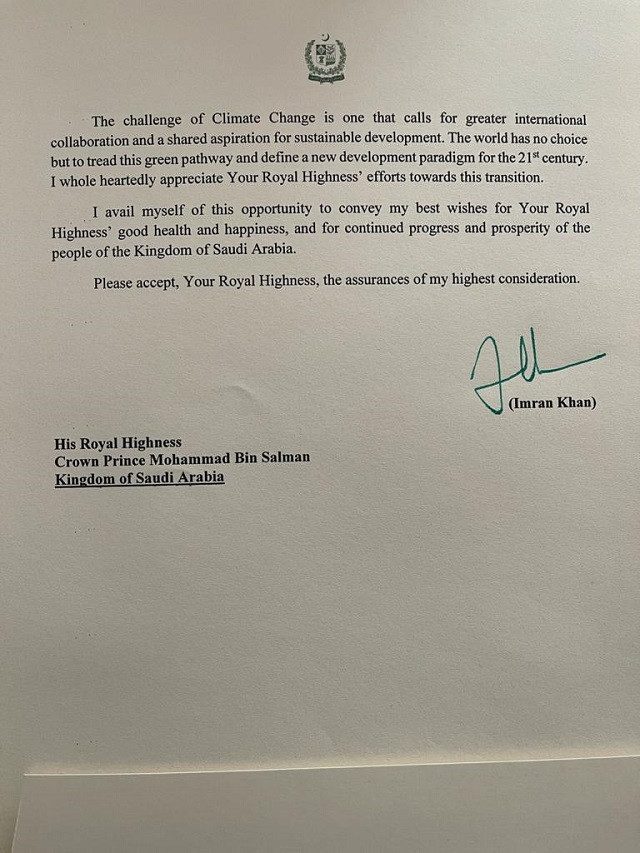 On Saturday, Foreign Office said that Pakistan’s commitment to addressing the climate change issue and Prime Minister Imran Khan’s leadership on this account is well accepted and appreciated around the world.