Activist and social media personality Shaniera Akram, in a series of Instagram stories, requested her Pakistani followers to take it easy on her.

Wife of former Pakistani cricket team captain, Shaniera, received flak after lending support to the couple who was expelled from the University of Lahore for their public display of affection on campus and then readmitted later.

“Can everyone stop throwing me under the bus here,” she wrote, “I have fallen into our culture, our family values and the way we are as a country. But you have to understand I have been brought up in another country.”

She reinstated how her childhood and most of her youth was spent in a multi-cultural city, which made her more tolerant towards the varying ways people express themselves and live their lives. “I do see things differently, I was brought up in the most multi-cultural citiy of the world, and I’m proud of that.” 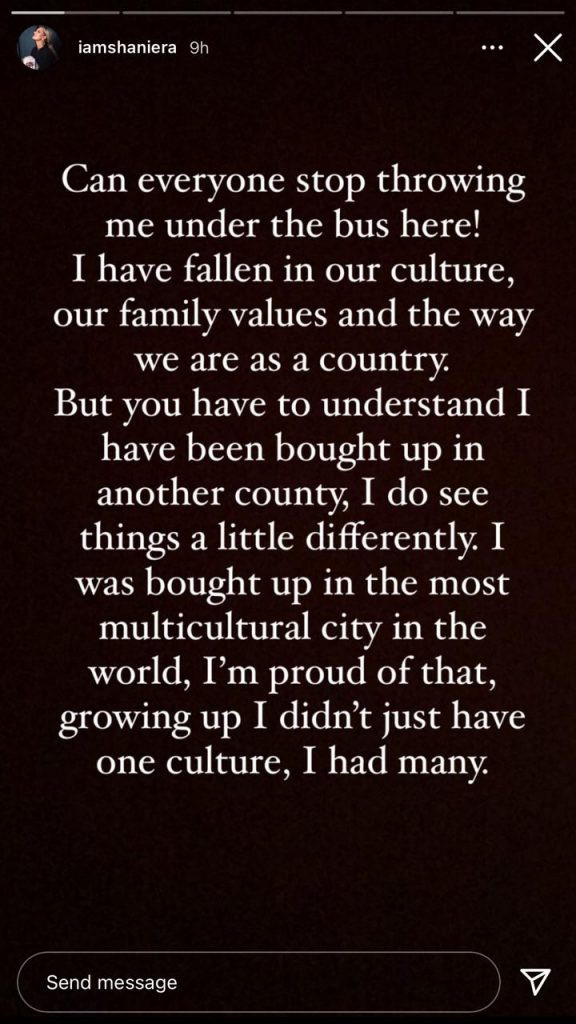 She then expressed how stories of youngsters proposing each other are much less irksome than news of patriarchal violence and child abuse. “Every single day, I hear news of innocent children being abused, tortured, killed and thrown on garbage heaps for the rats. Whether we want to hear it or not, this is happening every single day. This is also not our culture but it exists!” she schooled users.

“We can’t just hold the culture card and then choose when we want to play it,” she remarked.

Despite being on the tolerant end of the spectrum, Shaniera apologised to everyone offended by her comments. She said she has “nothing but love and respect for our culture” and that is the reason she chooses to stay in Pakistan. 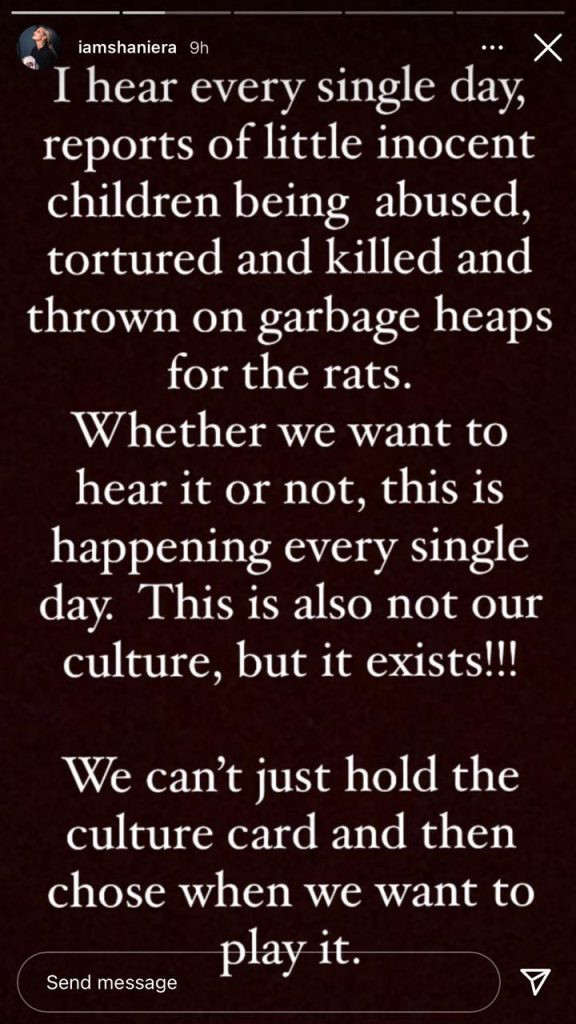 She also clarified that she is not trying to change, or some would like to put it, ‘westernize’ our society. “But please cut me some slack if I don’t think the worst thing in the world is two people, who intend to marry, hug in front of their close friends with their families’ consent!,” she added.

“I’m still the woman you have loved for 10 years and InshaAllah will continue to make you proud…spread the love not hate,” she concluded.