In pictures: Stranded people evacuated after landslide on Gilgit-Skardu road

The Frontier Works Organisation (FWO) on Thursday evacuated stranded people after the Gilgit-Skardu road in Gilgit-Baltistan (G-B) was blocked due to a landslide.

The FWO team with engineering equipment immediately moved to the affected area and evacuated people to a safer area while meals were served to all families struck due to the slide.

According to details, approximately 100 metres of the road came under heavy slide blocking the road completely at Chamachou site.

Temporary field medical camps have been established and pedestrian crossing has also been set up to facilitate the move.

The FWO is assisting the civil administration for opening the road which will take considerable time due to heavy slide. 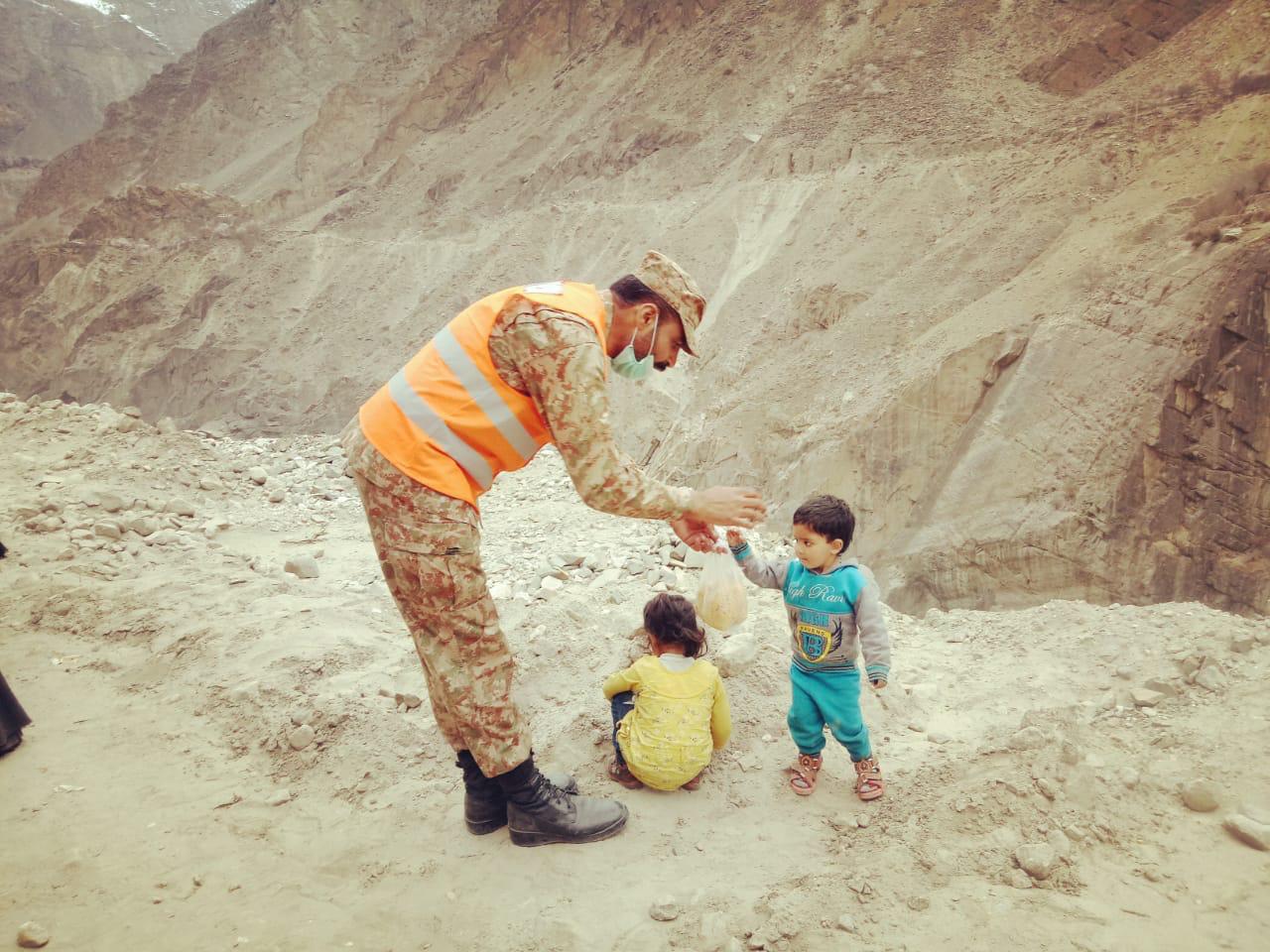 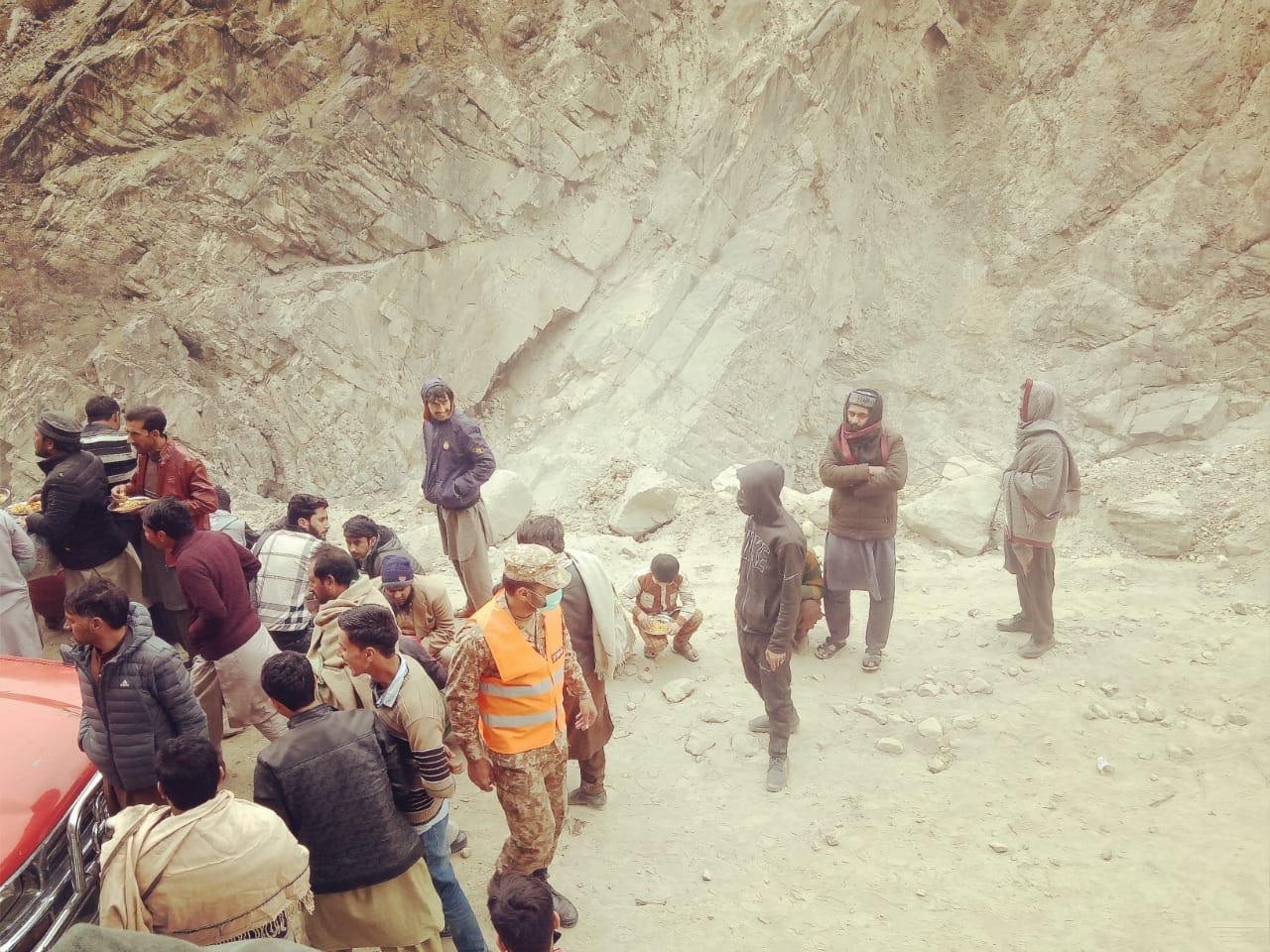 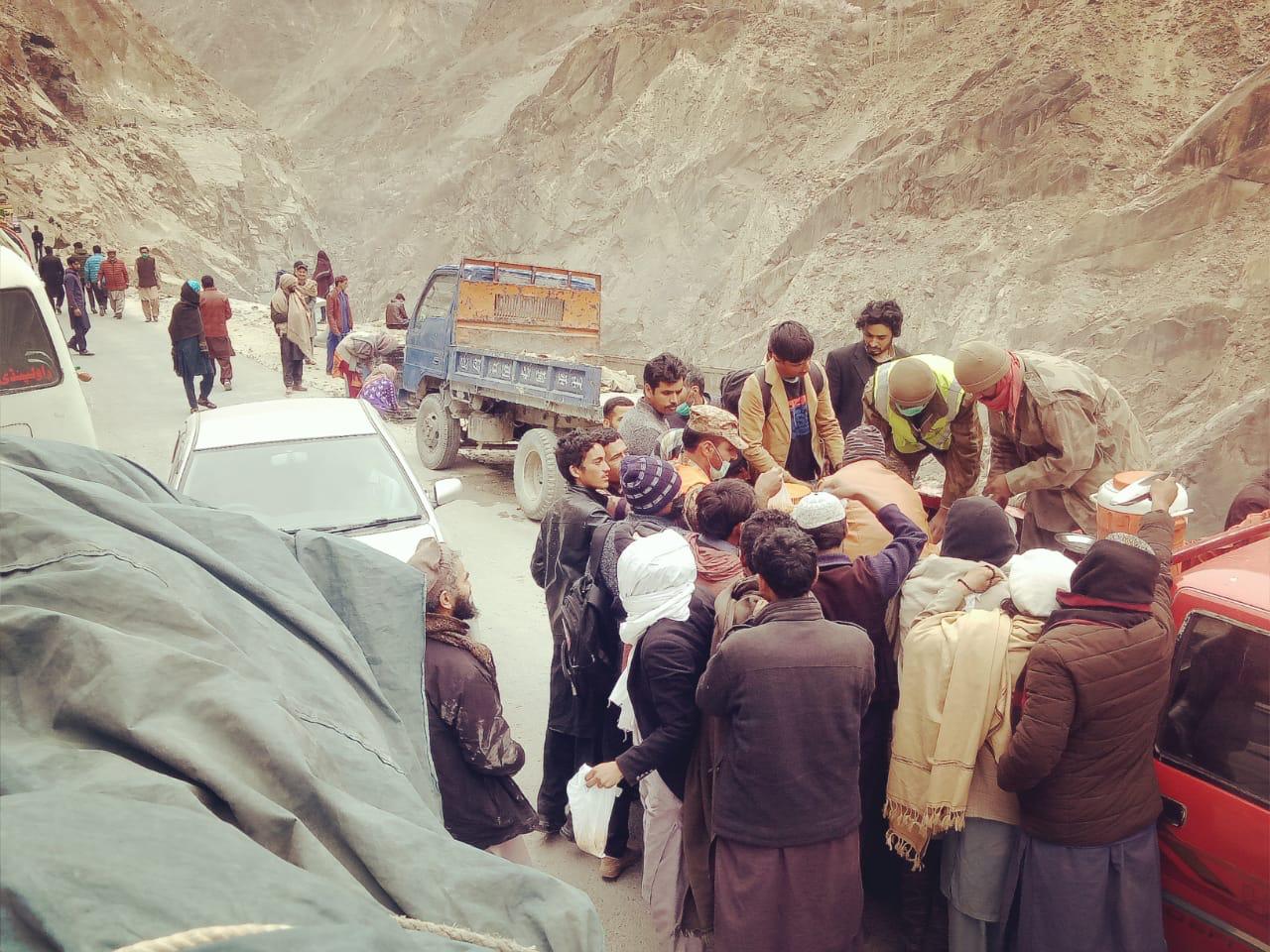 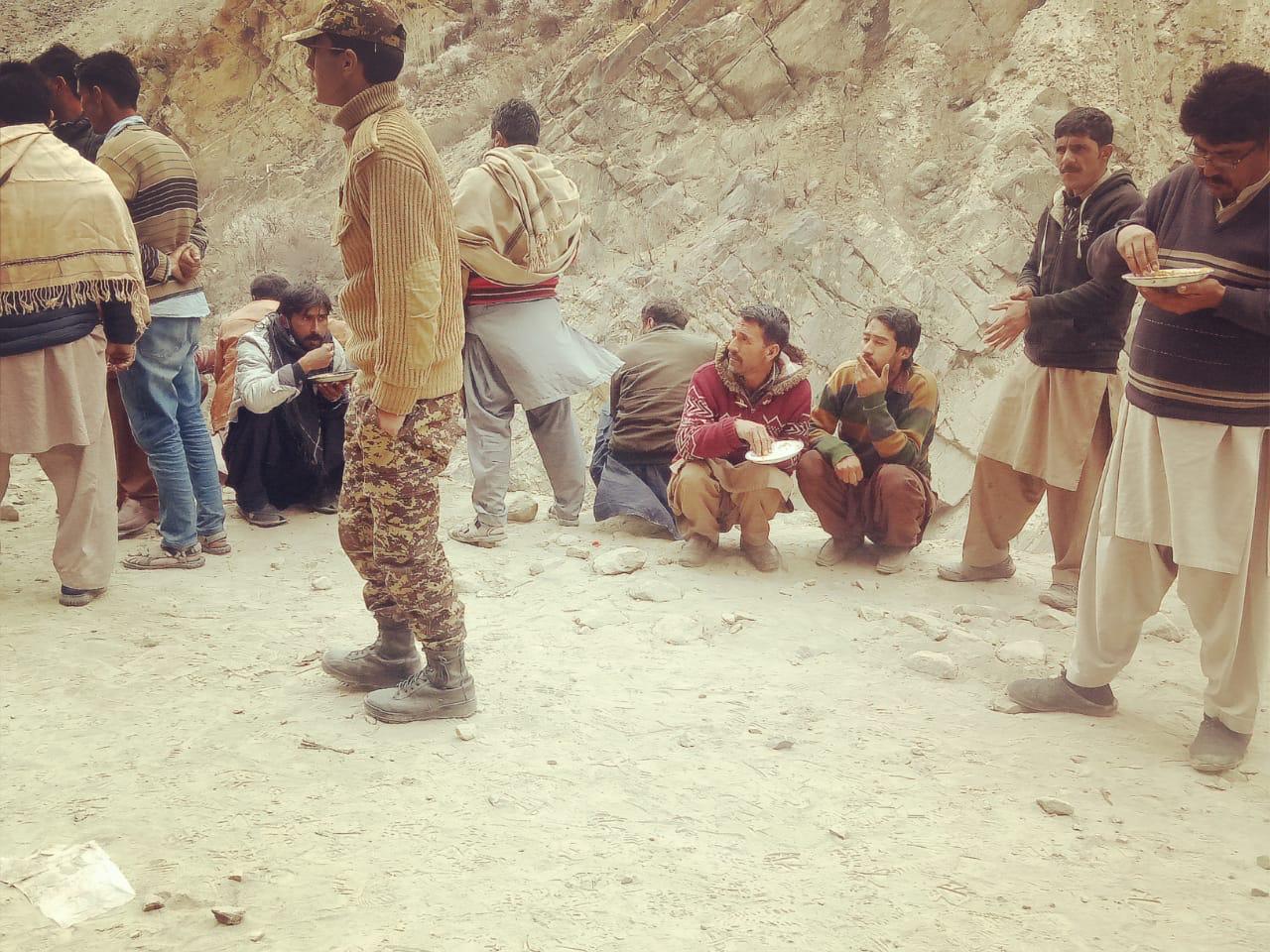 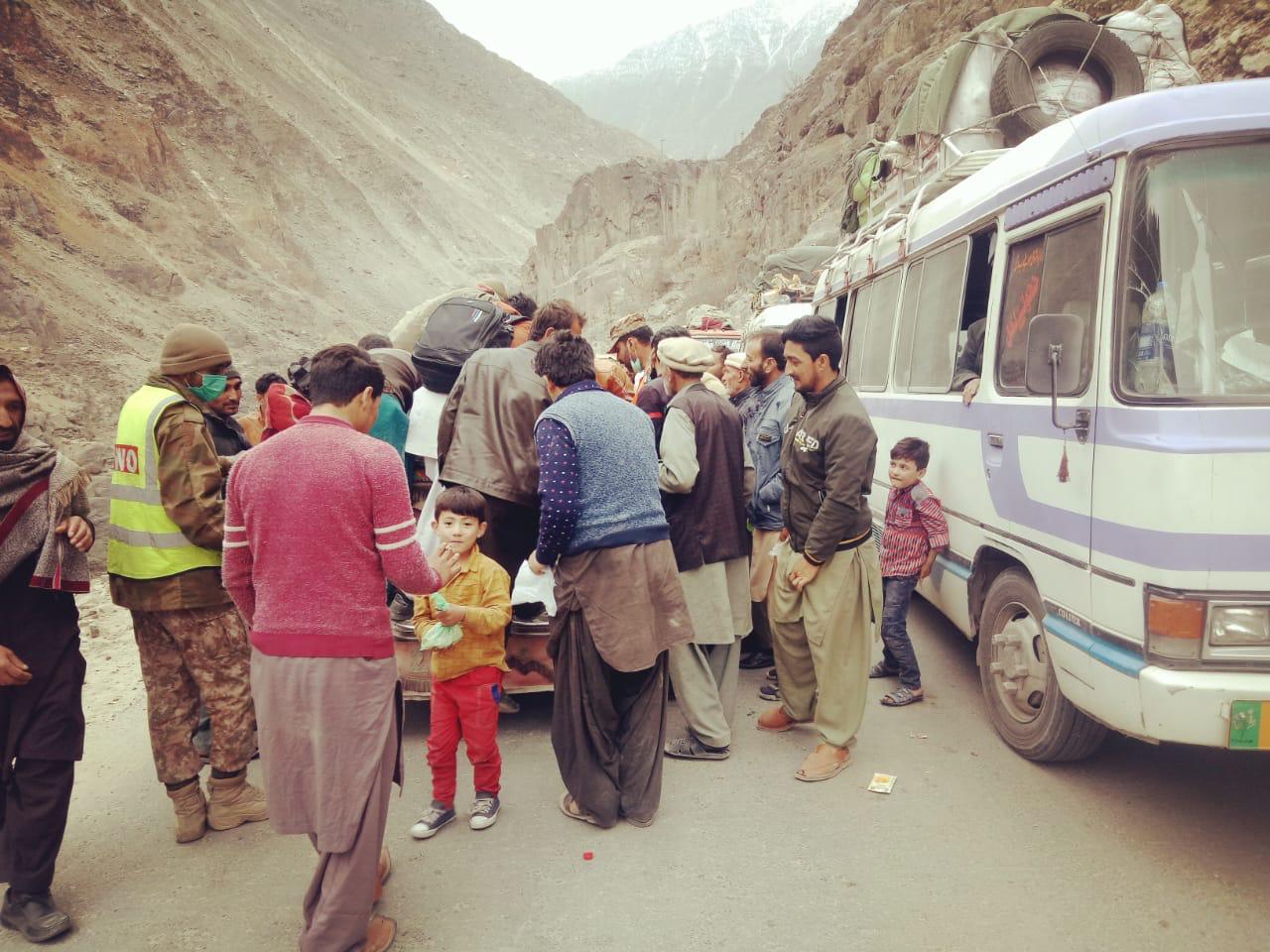 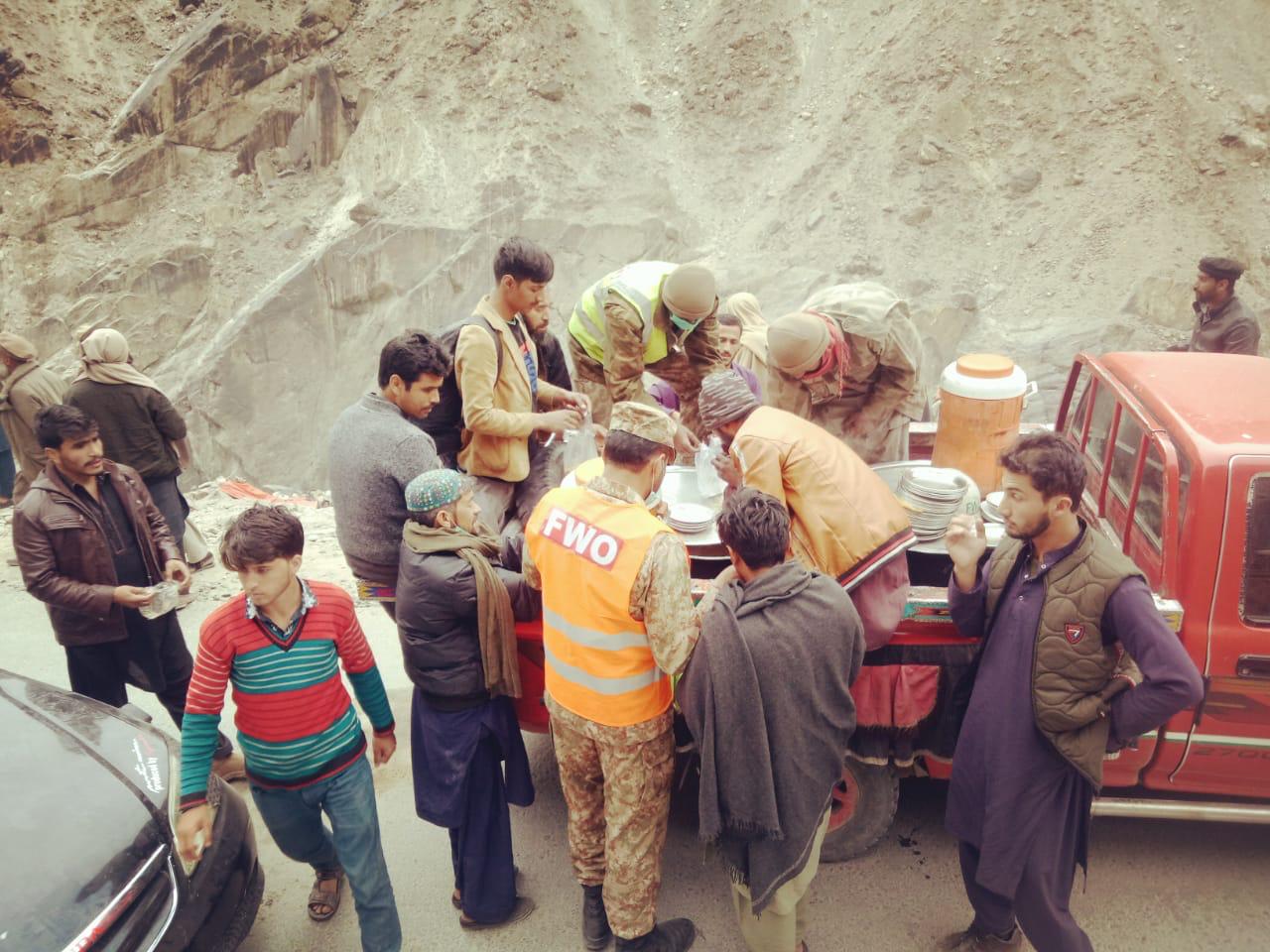 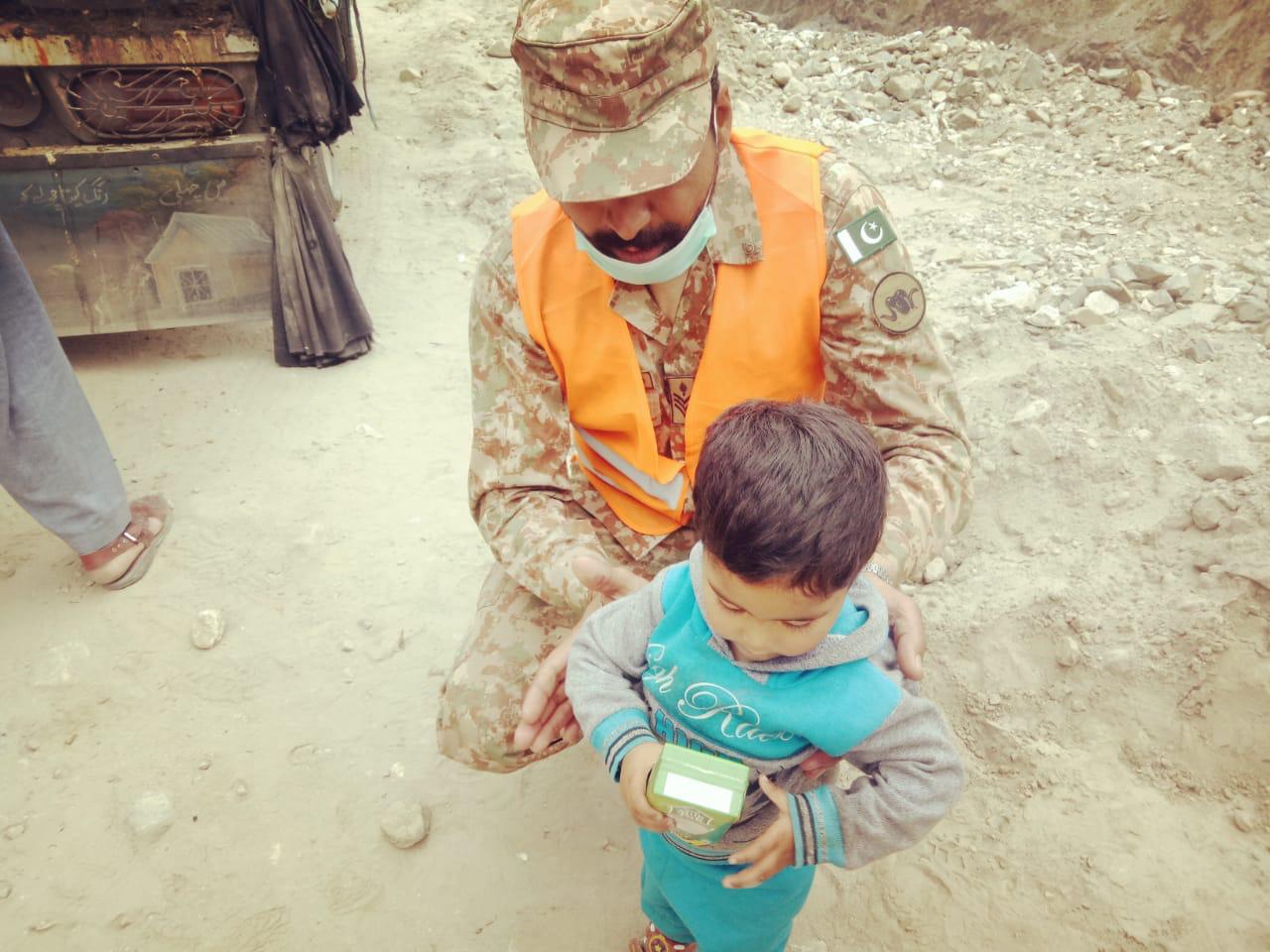 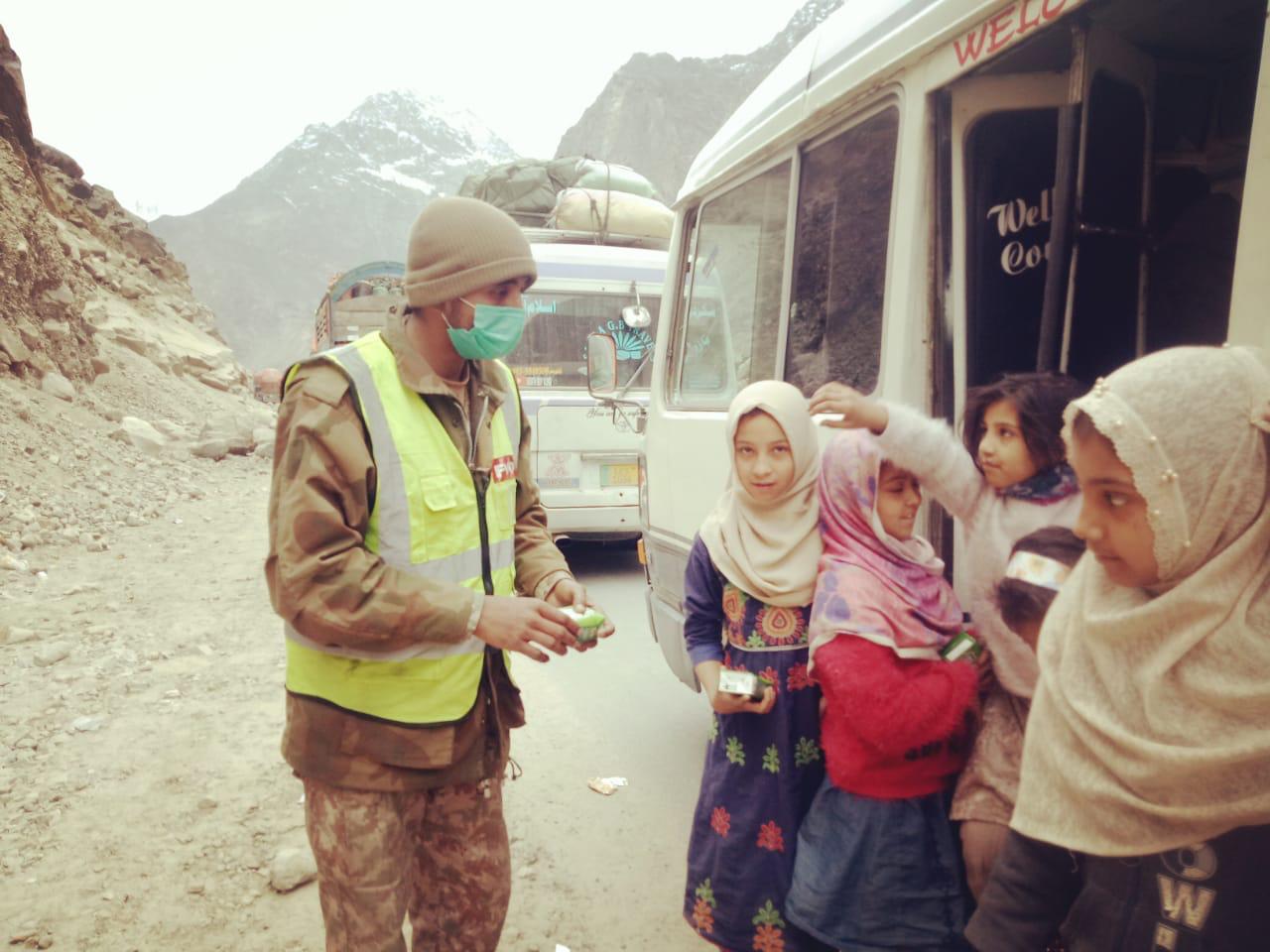