Here's a compilation of some hilarious recreations that cracked us up!

The interview was another nail in the coffin for the British royals, as the couple made several shocking claims. There was a harrowing discussion about the royals’ obsession with the colour of their son, Archie’s skin. Meghan also confessed that the pressures on her as the Duchess of Sussex led her to contemplate suicide.

But despite the interview’s dark and domineering revelations, netizens did not refrain from turning into a meme machine by comparing Meghan’s situation to that of daughter-in-laws in desi households. Many replaced Oprah’s face with that of Samina Peerzada’s and some even replaced Meghan’s actual problems with that of desi-household problems, turning the whole situation into a hilarious projection of who we really are.

So here's a compilation of some memes that cracked us up: 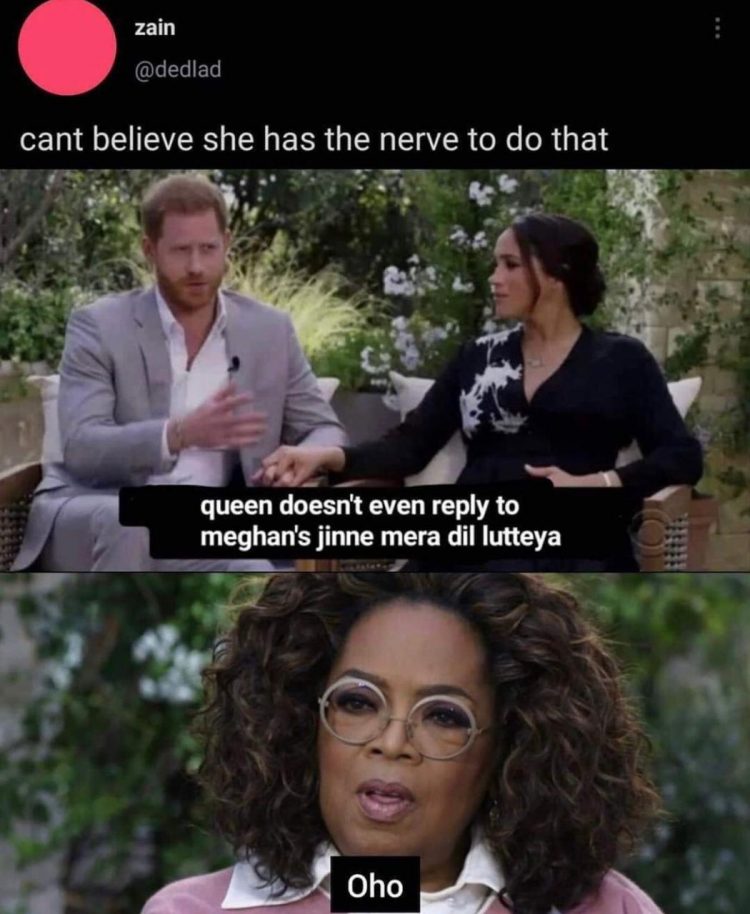 This has to be it!

netflix watching this interview taking notes for season 10 of The Crown
#HarryandMeghanonOprah pic.twitter.com/Zv5mlDvCb9

Or maybe it was nazar? 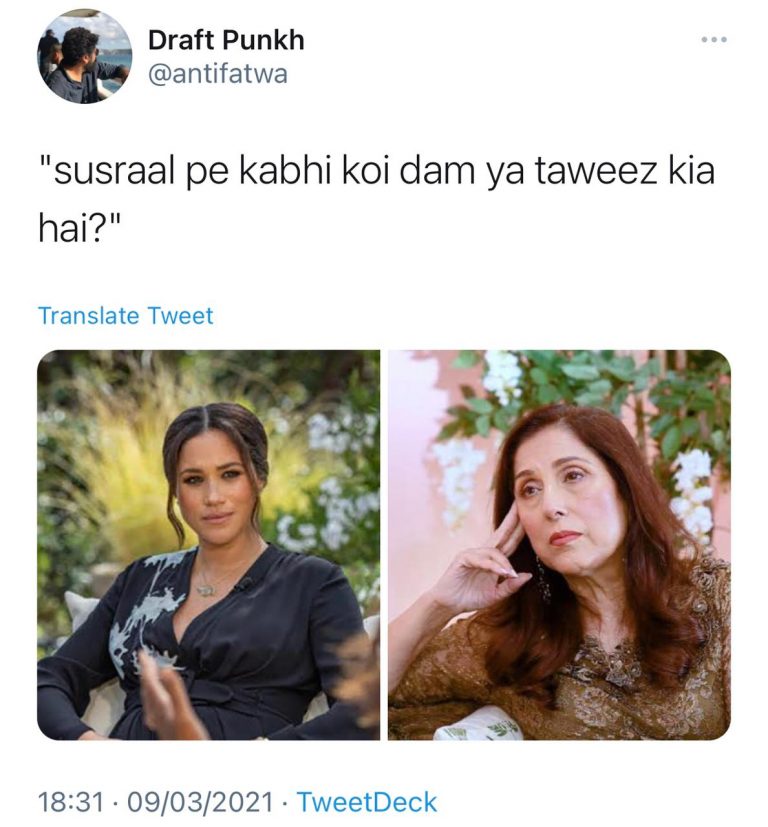 The skin colour royals should be worried about

There's more to it than meets the eye

Meghan Markle: I didn’t know who Harry was, I didn’t research the Royal Family.