NPHP allotees to get 50% units in LDA project

Senior citizens get Covid-19 jabs on the first day of the vaccination programme for general public launched by the Punjab government. PHOTO: AWAIS BASHIR/EXPRESS

Authorities claim 1,330 senior citizens, 110 citizens per hour by 20 doctors, were inoculated against Covid-19 on the first day of the vaccination programme committed to immunise citizens above age 60 at the sole centre established in Lahore.

Keeping in view the vaccination protocol, a senior doctor told The Express Tribune that it requires at least 30 to 45 minutes for a single person to receive vaccine.

“It is beyond comprehension as to why the government even proposed to vaccinate 3,000 people per day through a single facility in the provincial capital?” he questioned, insisting, “The ordeal is humanly impossible.”

“If the international standards are ascertained, with current facilities only around 480 individuals can be inoculated in a day at the Expo Centre Johar Town.”

Only 20 vaccination counters were set up by the government at the centre, the official sources present at the facility confirmed.

The doctor further said that according to the international standard, vaccinators have been advised to first check the blood pressure, pulse, body temperature, blood sugar level, and oxygen level of the person registered for vaccination.

“After the completion of this process, we inquire about the ailments the senior citizen suffers from and the related medicines in his/her use. Only after this, we propose or reject vaccination administration for that person.”

He added that the seniors are then asked to take bed rest for 15 to 30 minutes to recover from the tiring vaccination process.

He was wary of the fact that the policymakers weren’t deliberating upon the specifics of the operation before giving out inoculation appointments in such great numbers.

“We should realistically target few hundred people per day,” he proposed. 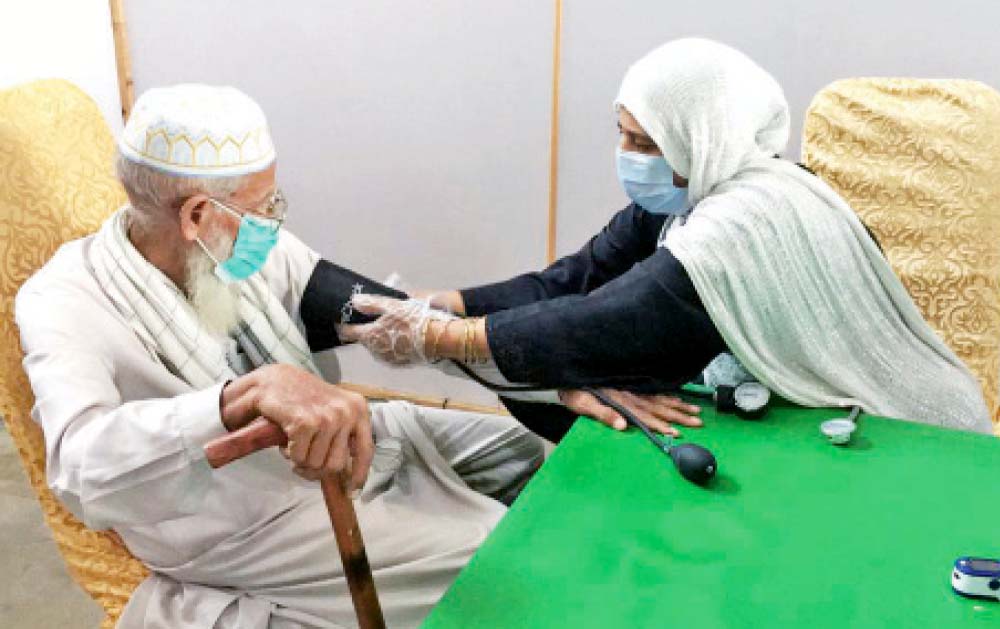 Citizens seconded the views of the health practitioner pointing out various flaws in the system such as lack of awareness regarding the vaccination procedure.

As a result, thousands of senior citizens, some even on wheelchairs, arrived clueless and coerced health officials to give them vaccine doses sans appointment.

Police officials deployed on the ground for security complained they had to deal with an angry gathering of those who came over to get vaccinated without government-issued SMS receipt.

A citizen questioned the failure of the authorities concerned to gauge their logistic requirements.

He expressed hope that the government would initiate a vaccination process awareness drive and increase the number of vaccination centres by setting up counters in public hospitals.

Moreover, mismanagement and lack of planning by the Punjab health department on first day of vaccination resulted in violation of SOPs at the centre as a consequence of a large gathering.

To add to the misery, several seniors who had suffered or were suffering from coronavirus were also present on site to get vaccinated, jeopardising the lives of those present near them.

Contrary to the ground reality, while speaking to The Express Tribune, the spokesperson for the Punjab Primary and Secondary Healthcare Department (P&SHD) said, “The arrangements by the government were impressive and appreciable. The whole vaccination process was speedy and praiseworthy.” 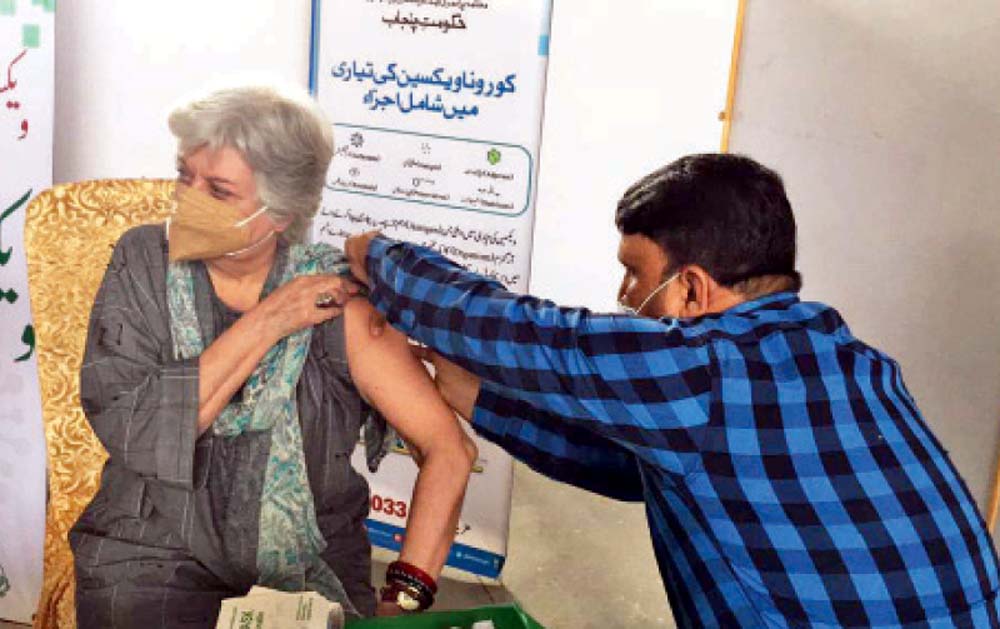 He also highlighted the safety of the vaccine in use, stressing that it was safe and in good condition and no one complained of an adverse reaction.

“Over 150,000 senior citizens have registered themselves through the website and SMS service, whereas we have given ourselves a target of inoculating 0.7 million people aged above 60 years,” he stated.

When asked about increasing the number of vaccine centres, he said the department has planned to set up two more centres to help expedite the vaccination.

The spokesperson further said Punjab has set up 104 inoculation centres in different districts and in Lahore the daily target is of 3,000 senior citizens.