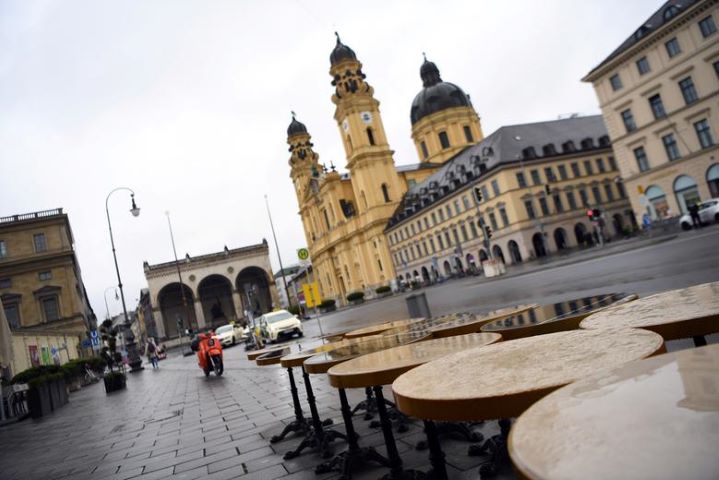 German Chancellor Angela Merkel was expected on Wednesday to agree on a gradual relaxation of coronavirus curbs with regional leaders, but the rules can be tightened again if infections jump, according to draft plans seen by Reuters.

Pressure is growing on the government to set out clear plans to restore normal activities after months of pandemic lockdown, even though daily cases have begun creeping up again and the pace of vaccination has been sluggish.

With regional elections due later this month in two federal states and a national election in September, politicians are trading blame over who is responsible for the slow pace of vaccines and the roll-out of more testing for Covid-19.

Support for Merkel’s Christian Democrats fell to its lowest in a year, or 34%, according to a Forsa poll conducted for RTL/ntv television, while their Social Democrat coalition partners were stuck on 16%.

Health Minister Jens Spahn called on Wednesday for more pragmatism in the vaccination campaign, suggesting that the time between the first and second jabs should be extended so that more people can be protected quickly.

He also said that the country’s vaccine regulator should recommend within days that the AstraZeneca coronavirus vaccine can be given to people older than 65 as evidence mounts from Britain of its efficacy.

“It was a difficult year for us all and I understand that after four, five months of lockdown that parents, children, many self-employed entrepreneurs, everybody has high expectations,” he told German television .

The draft plans say that from March 8 a maximum of five people from two households will be allowed to meet, with children younger than 14 exempted from the rules.

Flower shops and book stores, garden centres, tattoo and nail parlours as well as massage salons will also be allowed to reopen on March 8, the draft shows. Hairdressers and some schools have reopened in recent days.

The latest draft plans obtained by Reuters provide for a tighter lockdown to be re-imposed if the number of cases rises above 100 per 100,000. It also allows for further opening if the number sinks below 35 per 100,000.

The government had previously targeted 50 cases per 100,000 before easing the lockdown but was pressed to relax that as the national figure stagnated above 60, even as the death rate and the numbers of patients in intensive care fell.

However, Gernot Marx, head of the German association for intensive care and emergency medicine, urged caution:

“It is important that we hold out for another three weeks because, by vaccinating many people, we can significantly flatten out a third wave, despite the virus mutations,” he told the Augsburger Allgemeine daily.