Vaccination campaign, which could apply to around 130,000 Palestinians, will begin within days 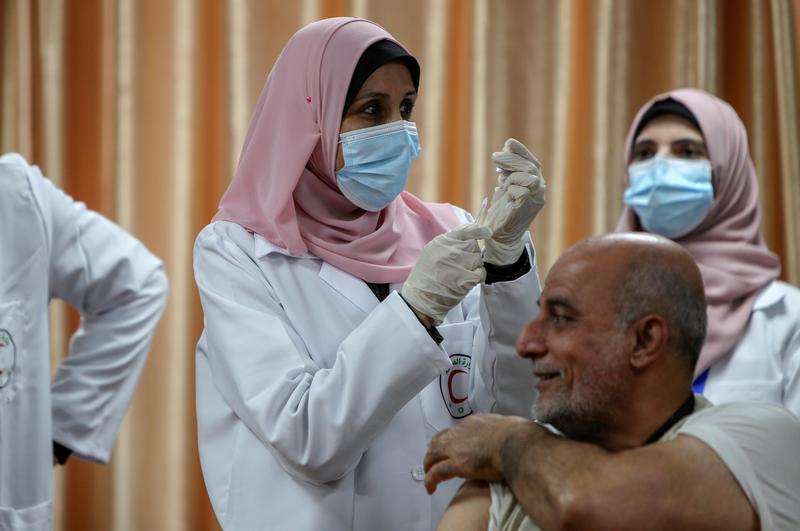 Israel will administer Covid-19 vaccines to Palestinians who work in Israel or in its settlements in the occupied West Bank, the Israeli liaison office COGAT said on Sunday.

The vaccination campaign, which could apply to around 130,000 Palestinians, will begin within days, COGAT said.

Shaher Saad, secretary-general of the Palestinian Workers’ Union, said thousands of Palestinians who work in the Israeli service and industrial sectors had already been vaccinated privately by their employers inside Israel.

He said that under the new Israeli programme, Palestinian medical teams would be stationed at checkpoints to administer shots. Moderna Inc’s vaccine will be used, COGAT said.

Israel has given at least one dose of Pfizer Inc’s Covid-19 vaccine to more than half of its 9.3 million population, including Palestinians in East Jerusalem.

But it has come under international criticism for not doing more to enable vaccination of Palestinians in the West Bank and Gaza Strip. Israel captured the territories in the 1967 war. It quit Gaza in 2005, which is now under Islamist Hamas rule, but maintains a clampdown on the enclave’s borders with Egypt’s support.

The Palestinians have received around 32,000 vaccine doses to date, for the 5.2 million people who live in the West Bank and Gaza.

Israeli officials have said that, under the Oslo peace accords, the Palestinian health ministry is responsible for vaccinating people in Gaza and those parts of the West Bank where it has limited self-rule.

Sunday’s announcement drew a measured welcome from Dan Waites, spokesman for the International Committee of the Red Cross in Israel and the Palestinian Territories.

“The Palestinian population remains, in the main, unprotected from Covid-19, and we would be glad to see more initiatives of this kind. We would like to see full, equitable access to vaccines for all Israelis and Palestinians,” he said.