The AGP tested positive a day before the apex court is scheduled to announce its opinion regarding presidential reference to hold Senate elections on open ballot without a constitutional amendment. 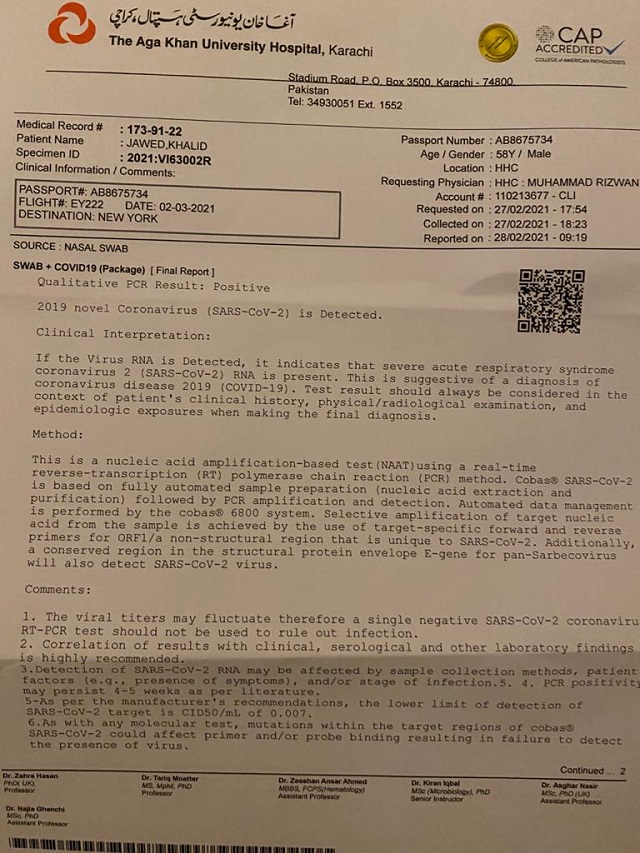 The Supreme court (SC) on Thursday concluded its proceedings on presidential reference seeking legal opinion to hold Senate elections on open ballot without a constitutional amendment and reserved its decision in the case.

The attorney general said the deep state always believes in secrecy and not transparency. Hearing the case earlier this week, the CJP had remarked that it was up to the parliament to decide whether balloting in the Senate should be open or secret.

"We will only respond to the questions that have been asked in regards to the reference; the court only has to determine whether Article 226 of the Constitution applies to the Senate elections," Justice Gulzar had said.

He had stressed that every institution of the state has to perform its work while remaining under its ambit; the Supreme Court wasn't an alternative for the parliament.

On Saturday, Pakistan reported another 1,176 cases of coronavirus, taking the tally for confirmed cases so far recorded in the country to 579,973.

About 23 more deaths were reported. At least 12,860 people have succumbed to the virus in the country as of now.