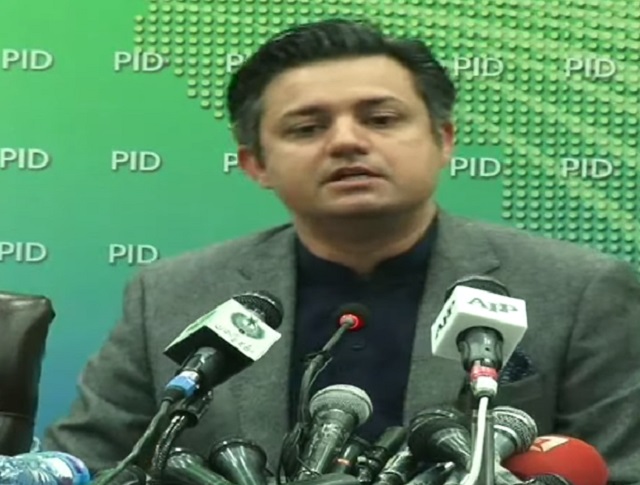 Minister for Industries Hammad Azhar assured the nation on Friday that that there was no possibility of Pakistan being blacklisted by the Financial Action Task Force (FATF) anymore.

His remarks came a day after the international organisation announced to keep Pakistan in the grey list for four more months.

"I want to assure the nation that Pakistan has successfully avoided the blacklisting," Azhar stated while addressing a presser in Islamabad this afternoon.

He added that the country achieved the targets despite the fact that the timelines and the action plan of the FATF were challenging.

"During the previous session, the FATF secretariat stated that blacklisting was not an option as the country had achieved significant progress," the minister maintained.

Azhar explained that the second target was to achieve all 27 points in the said action plan and convey to the world that the country's financial system was at par with the international standards.

"As you have seen, today the FATF itself is saying that we are 90 per cent close to achieving this goal," he remarked.

The minister noted that Pakistan had the option to discontinue the reporting when Covid hit the country, saying many countries had opted for it.

"But we took advantage of that time and continued with the reporting. The result is in front of you," he added.

Regarding the progress, Azhar said the rest of the three points on the action plan will be completed soon.

"A lot of work has been done on the said points in which we are partially compliant. In my view, we are close to being largely compliant," the minister claimed.

He credited a collective approach and cohesion between government departments for the efforts.

"The country showed exemplary progress in spite of the rigorous action plan, tight deadlines, and the pandemic," Hammad said.

"Pakistan is perhaps the only country that's under FATF's dual scrutiny," the minister said, addeding that, "It was decided that Pakistan will remain under dual scrutiny as the Mutual Evaluation Report process is also underway simultaneously."

"So, at the same time, the government departments have been working day and night to complete the process," he said.

Concluding, Azhar reassured of avoiding the FATF's blacklist, reiterating that the target of completing the 27-point action plan will be achieved by June.

Against the government’s hopes of exiting the grey list this time, the FATF plenary found the country’s progress on three out of remaining six points less than satisfactory. Pakistan would remain on the grey list till June 2021.

These three conditions are related to “demonstrating that TF (terror financing) investigations and prosecutions target persons and entities acting on behalf or at the direction of the designated persons or entities; demonstrating that TF prosecutions result in effective, proportionate and dissuasive sanctions; and demonstrating effective implementation of targeted financial sanctions against all 1,267 and 1,373 designated terrorists, specifically those acting for or on their behalf.

“The FATF takes note of the significant progress made on the entire action plan. To date, Pakistan has made progress across all action plan items and has now largely addressed 24 of the 27 action items,” according to the FATF

It was the fourth extension that Pakistan has managed to secure due to significant progress that it made during the last almost one-and-a-half years. Pakistan had been put on the grey list with effect from June 2018 and got 15 months time to implement a 27-point action plan.

Pakistan has been placed on the grey list three times during past 12 years. It has sustained a staggering $38 billion in economic losses due to the FATF's decision to place the country on its grey list since 2008, says a new research paper published by an independent think-tank, Tabadlab.