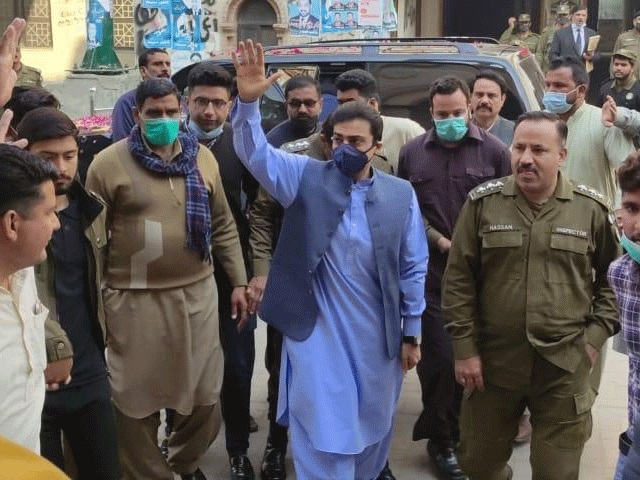 “The suspects cannot be left at the mercy of the prosecution, neither can they be left to rot in jail,” the court observed.

The order was issued by the two-member bench, led by Justice Sardar Muhammad Sarfraz Dogar, hearing the bail plea.

The court in its written order maintained that the order sheet of the trial court shows that the appellants appear at every public hearing.

"If at any point the appellant's lawyer fails to show up for the hearing, the appellant cannot be blamed for it." the bench further noted.

Lawyers can at times not be able to appear before the accountability court owing to hearings at the high court or Supreme Court (SC).

The ruling further maintained that Hamza Shehbaz is not the prime suspect of the case, and his case does not have the same weight as that of his father, Pakistan Muslim League-Nawaz (PML-N) President Shehbaz Sharif, who is also already behind bars.

The written order further maintained that the high court had referred this case again to the SC. "This bail plea has put forth new reasons as the basis to seek bail," the high court further observed.

On Wednesday, the LHC had ordered the release of Hamza Shehbaz in a case pertaining to money laundering. He had been in jail since June 11, 2019.

Hamza’s counsels had argued that the allegations levelled by the anti-graft body had nothing to do with the reality, adding that the content was concocted.

Hamza’s counsels argued that NAB claimed Hamza Shehbaz established an offshore company and made the suspicious transaction of Rs1.2billion.

On this, Justice Asjad Javed Ghural asked “why did you people not take up this argument while filing the bail petition in the apex court?”

In NAB’s reference, the NAB associated all Hamza’s assets with his father Shehbaz and further allegations were levelled that Hamza was ‘benamdar’ of his father.

“Why did it take you [NAB] a year to file this reference,” the bench asked the NAB prosecutor.

At which prosecutor Bukhari argued that the evidence was abroad. “It took time in collecting evidence about suspicious transactions, four offshore companies and other records.”

NAB in its reply had also opposed the bail and requested the LHC for dismissing the post-arrest bail of the accused on the plea that the accused made illegal assets by committing the heinous offence of money laundering.