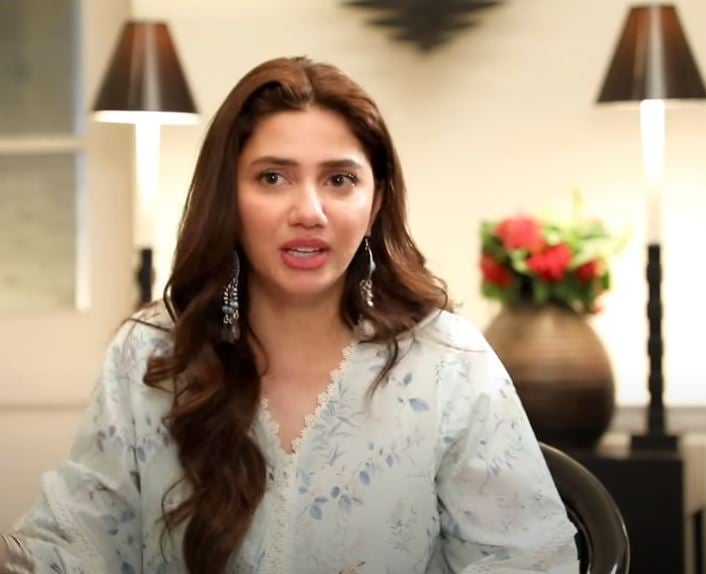 Easily Pakistan’s biggest celebrity, Mahira Khan recently appeared on Mira Sethi’s talk show. As the two indulged in a casual tête-à-tête, the Verna star spilled the beans on her childhood, the values instilled in her by her parents, how the entertainment industry expects stars like her to behave and why she makes it a point to attend every Aurat March.

Speaking about female empowerment and how she aims to address the problems faced by women in Pakistan, Khan mentioned that there is a thin line between educating the masses about the problems and triggering them. Her purpose is the prior, without caring about traction. As for marching every year, she relayed, “It’s important for me to march every year because my voice has weight. When I go to the Aurat March, I make it a point to tell everyone that this is what I believe in. It does not benefit me but it is important for the women here, so I will represent them. Nobody will go and ask them to explain their slogans and chants, but the media comes to me. So I want to utilise my two minutes to explain and educate on behalf of those women.”

Sethi then reminded Khan how Pakistani actors are often afraid of endorsing or supporting feminism and Aurat March because they feel they won’t get work. “They say they’ll be touted ‘too controversial’ if they raise their voice,” claimed the actor and host. She then urged Khan to disclose what led her and her brother to grow into brave individuals.

“We lived in a small house, just the four of us, and there was this freedom. We were like roommates. My parents had me after eight years of their marriage. They were doing their own thing and enter these two children. So they gave us that freedom, which by the way, wasn’t about having no boundaries and curfews. It was the freedom to choose. My father especially would ask us, ‘Who do you want to be, what do you want to eat?’ They would never tell us they want us to be this or that. They just let us take our own decisions," said Khan.

When asked how she responded to the pressure from the fraternity, to be less vocal and more arrogant, Khan added, “I know some people want me to have a certain kind of attitude but that’s not me.”

She admitted that the demand to be conceited was unreasonable and primitive. “I think when people demand a star to be ‘arrogant’, just because they’re a star; they’re being regressive and archaic. People say your enigma dies when you become approachable, I think your enigma dies jab ap battameezi kartay hain (when you lose your cool) with your makeup artist or the person who brings you tea.” Possibly addressing the things she was told when she first came in the industry, Khan recalled, “This industry teaches you many disappointing lessons, like how to talk, how to sit, how to not tell people you’re married, divorced or a mother. But this that’s my reality, my reality makes me who I am. How can you expect me to be someone else?”

Concluding the conversation on a light-hearted note, Sethi asked Khan the qualities she finds to be the most attractive in a man. “The first one goes for both men and women. Anyone who is at peace with themselves is attractive,” said the Superstar actor. “Secondly, I love good sense of humour. I like it when someone can make me laugh and if they can’t, then I start cracking jokes myself. And thirdly, this one’s specifically for men; I love it when a man respects all the women around him,” Khan concluded.