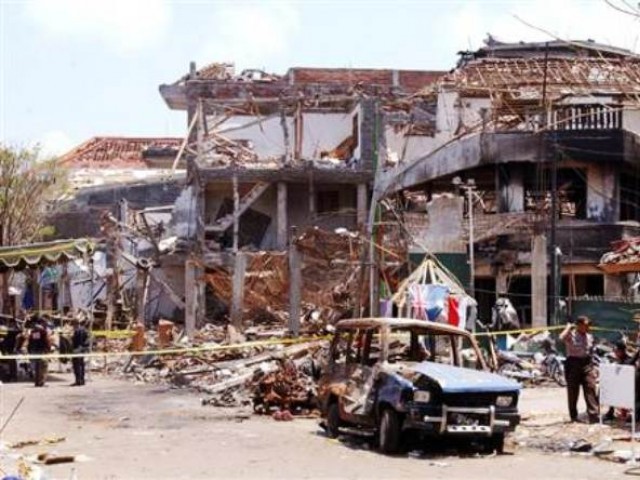 ISLAMABAD: Umer Patek, the man who allegedly masterminded the 2002 bombing of night clubs in Bali, killing over 200 people, has now been put on a plane back to Indonesia where he will face trial.

Patek, who had been apprehended by security agencies from Abbottabad in March this year has been sent back to Indonesia after the government of Indonesia requested an extradition.

The decision to handover the alleged Bali Bombing mastermind was made at the request of the Indonesian government.

Being one of the most wanted men in southeast Asia, he had a 1 million dollar bounty on his head.

He has been taken to the Benazair Bhutto airport in Islamabad under tight security, where he will be sent to indonesia through a special plane.

Pakistan government has decided to handover Umar Patek to Indonesia after the negotiations with Indonesian government.

The October 2002 attack in Bali, in which a suicide bomber along with a powerful car bomb killed 202 people, including 26 Britons and 88 Australians.