No provision of open ballot in constitution, says Rabbani 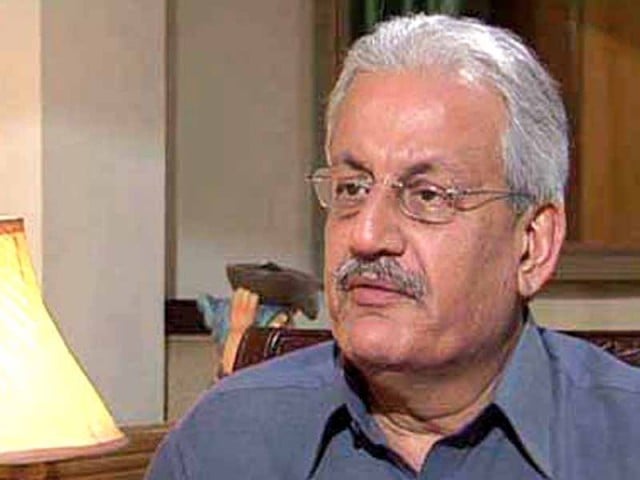 Former Senate chairman Raza Rabbani on Monday argued in the Supreme Court that there was no provision in the Constitution for holding elections in the upper house through open ballot.

The PPP lawmaker made these remarks as a five-member larger bench led by chief justice heard the presidential reference seeking the apex court’s opinion on introducing open ballot mode in the upcoming Senate elections.

During the course of proceedings, Rabbani maintained that the bill to amend Article 226 was pending in the Senate.

The federal government through Attorney General for Pakistan Khalid Jawed Khan had filed the presidential reference under Article 186 of the Constitution and sought the top court’s advice as to whether the Senate polls are held under the Constitution (Article 226) or under the law (Election Act 2017).

The government had contended that the Senate elections are held under the law and therefore there was no need to amend Article 226 of the Constitution.

Rabbani said that the government had also issued ordinance to not to apply Article 226 to the Senate elections.

In the 1973 constitution, every election was not secret except for the prime minister and the chief minister, he said.

The elections for the prime minister and the chief ministers were again held by open ballot after the 18 Amendment, he added.

The PPP parliamentarian noted that the Constitution was amended to hold elections for the premier and the provincial chiefs through secret balloting in 1985 elections.

“The purpose of holding the election of the premier through open ballot was to ensure party discipline. The elections of the speaker and the chairman of Senate were held through secret ballot because these positions were above political affiliation,” Rabbani said.

He stressed that there was no provision in the Constitution for holding Senate elections through open ballot.

“If the right to secret ballot is taken away, the members of the assembly would be in trouble at the hands of the deep state.”

The chief justice remarked that Article 63-A also applied to the election of the prime minister and chief ministers.

Justice Umar Ata Bandial, a member of the bench, observed that individualistic dislikes did not dominate the majority opinion in a democracy.

Addressing Rabbani, he asked how could the lawmaker say that a system that strengthened individuality should work.

He inquired whether the system that violated discipline be allowed to run.

Rabbani said the Article 226 was discussed at three different forums as the bill was called for amendment in the assembly.

He stated the office of the premier and chief minister was considered the Leader of the House and that secret elections were a different matter.

“Votes were cast beyond party policy in Senate elections, therefore, the Constitution provided protection under Article 226,” he said.

“The National Assembly represented the majority of the population while federal units were proportionally represented in the Senate,” he added.

“There is no provision in Article 63 (A) for disqualification of a member of the assembly in a Senate election.”

Addressing Rabbani, the chief justice observed that according to his argument the proportional representation was only about counting votes.

He asked if political parties were divided, how could the seats of provincial assembly be represented in Senate.

Justice Bandial remarked that the attorney general in his arguments had stated that the law did not have a complete election code.

He said democracy strengthened the masses and it spoke about collectivism.

Later, hearing of the case was adjourned until Tuesday (today).