Last month, the US saw what could be an act of proto-economic unrest in the wake of the storming of the Capitol

Days after a mob of disgruntled Trump supporters stormed the Capitol, the United States witnessed what some observers described as a coordinated attack. Unlike the event that preceded it, this attack was not of a violent nature. Nonetheless, its aftermath could have been as disastrous as any other form of unrest with some financial experts saying it brought the US market ‘dangerously close to collapse’.

At the heart of the saga was the flagging videogame retailer GameStop, an online community named r/wallstreetbets and an attempt to exact revenge for what some Americans saw as a grievous wronging. To ‘stick it to the man’ so to say, an uncoordinated group of online Wall Street outsiders drove up the stock price of GameStop from its opening value of $76.8 to around $470, enacting what is described as a ‘short squeeze’ in stock market parlance.

But what is ‘short selling’ and what is a ‘short squeeze’? More importantly, what implications do both practices carry and why should the uninitiated be concerned?

To answer these questions, The Express Tribune reached out Ali Amir Allana, a professional employed in the financial sector of UK. What is short selling?

Being an active investor at the US and UK stock markets, he started off by explaining the concept of short selling.

“Short selling is one of the many ways to sell a security, commodity, cryptocurrency or other tradable asset,” he said. “Generally, when an investor buys an asset believing that its price will go rise in a few days, he is assuming a long position.”

However, if the trader expects the price to drop, he will not buy it, rather he will resort to short sell it, he elaborated.

The investor cannot sell something which he does not own therefore short selling refers to borrowing an asset from a broker and selling it at the prevailing market price with a view to purchase it back in future to return the borrowed asset to the broker when its price falls. This way, the investor can pocket the difference and make profit. 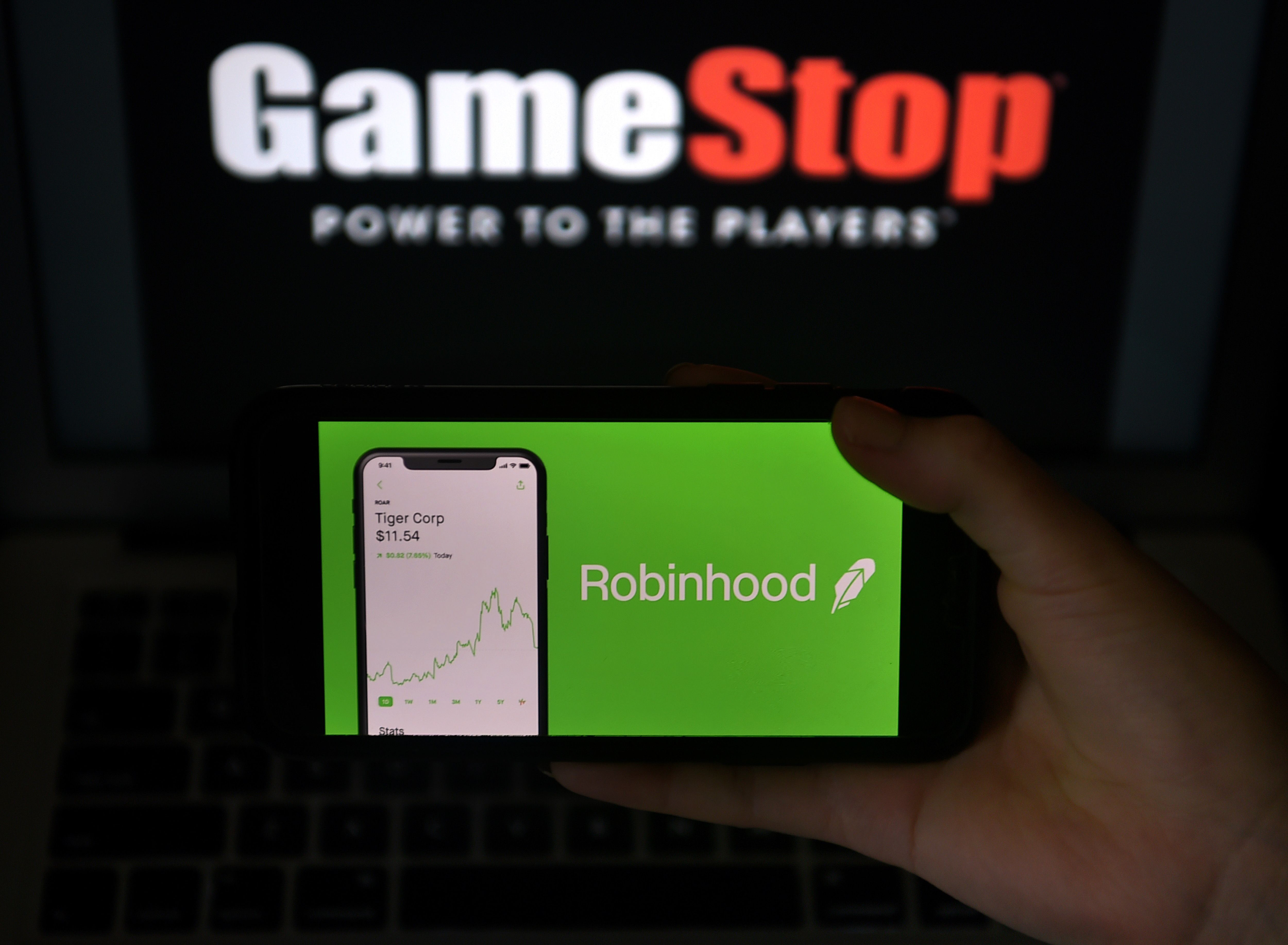 He added that certain groups argue that investors should not be able to sell what they do not own but short sellers ultimately pay a price to borrow the asset with intention of short selling.

“In general, short selling helps keep the prices of certain over-ambitious assets in check,” he said. “If this concept was not introduced, prices of speculative assets could have shot over the moon and any collapse then would have triggered bankruptcy for majority of investors.”

Lately, the general consensus amongst retail (individual) investors is that short selling has been detrimental for the investors. 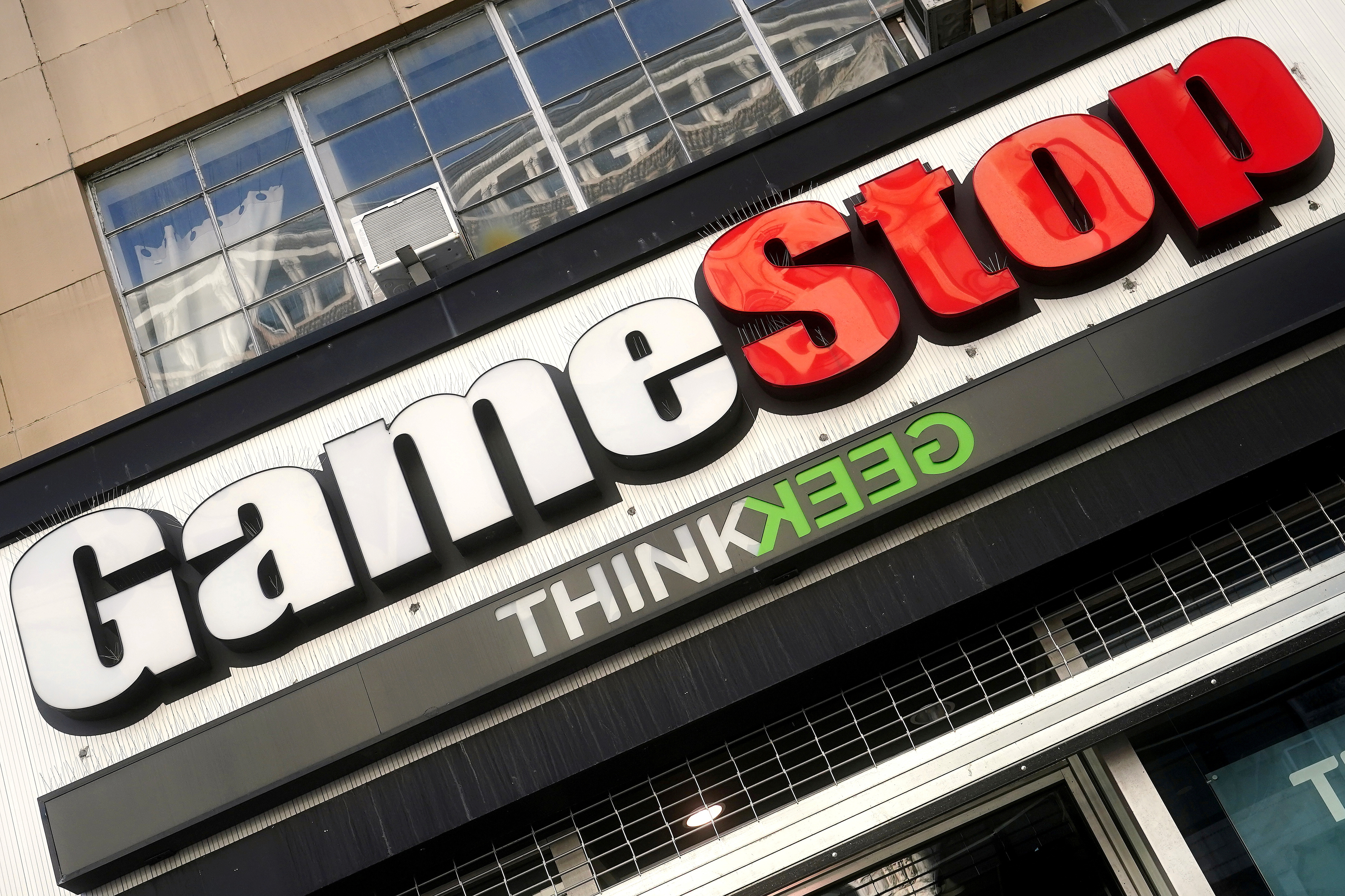 Traders opt to short sell when they believe that price of a certain asset would fall.

With reference to huge hedge funds having billions of dollars at their disposal, Allana said if large amount of short positions were taken, then the price of the asset can be driven downward solely because of excessive supply of that asset in the market.

In such a scenario, the price of a commodity is not falling because the asset has weak fundamentals, instead, it drops due to vast amount of short selling.

This, in particular, is bad news for the company whose stock is being shorted and for investors who have assumed long positions of its scrips.

Giving an example, he said imagine that company is functioning poorly and short sellers bet that its share price will decline in a few days, then excessive short selling in the market will accelerate the decline further. The official compared this act with damaging a company while it is already drowning. 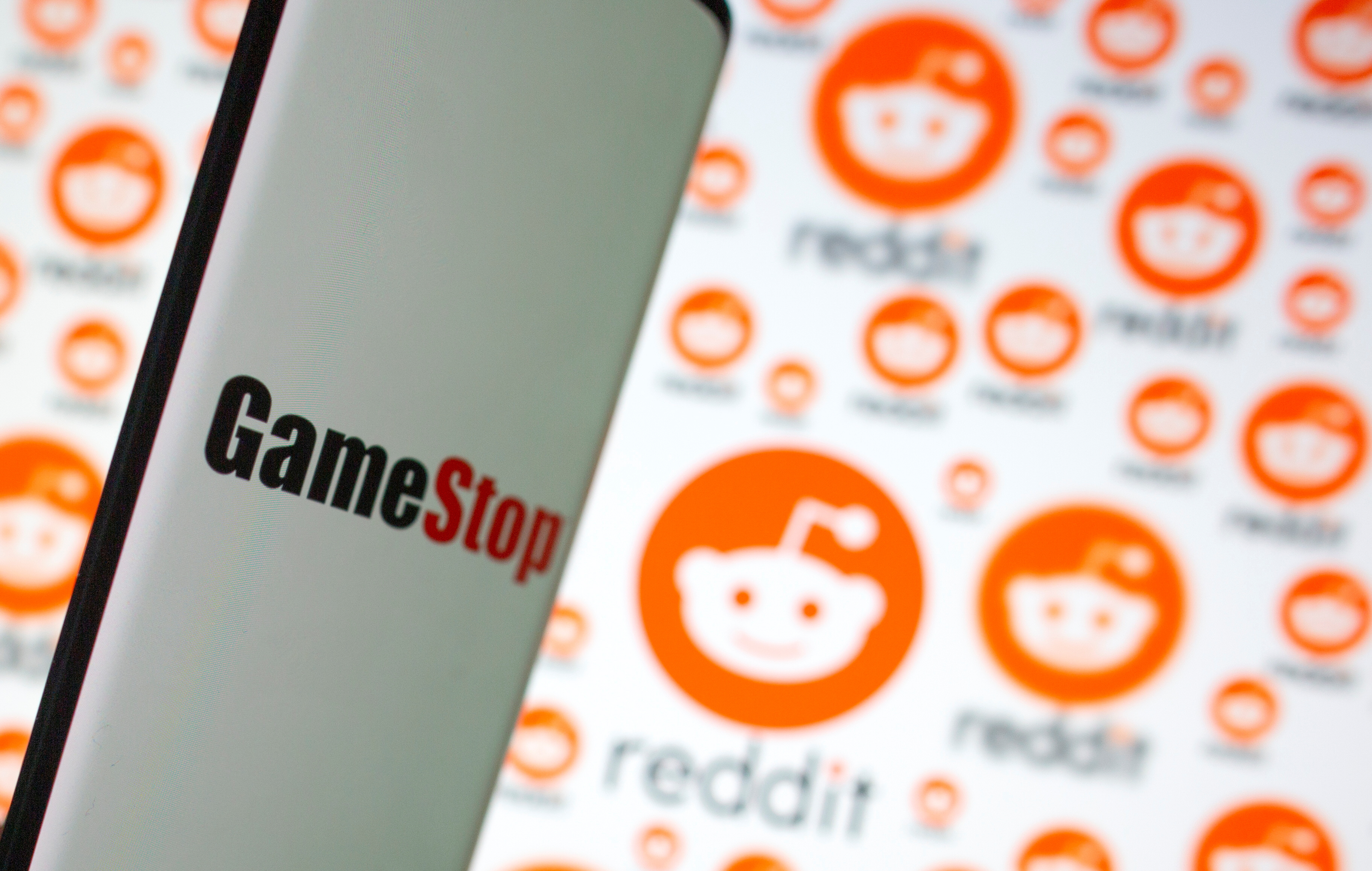 “This is one of the reasons why we see extreme hostility towards short sellers,” he detailed. “There is also a belief among market players that short sellers form a lobby to take coordinated short positions and drive the price of asset further downward to enhance their profits.”

When asked how short selling leads to uncertainty, the officials said that in usual cases, it does not however this was a special case

“There are massive amount of short positions on Apple and Tesla stocks, and though the latter is quite volatile, still it is nowhere near the fluctuations being witnessed by GameStop’s stock,” he said.

The official elaborated that GameStop, AMC Entertainment, Blackberry, and Bed, Bath & Beyond were some of the stocks targeted the most by hedge funds hence they attract lofty short positions from investors.

This is particular was discussed at Reddit’s community called wallstreetbets whose members then purchased the stock of GameStop in unanimous cohesion with coordinated efforts to wage a war against short selling hedge funds. 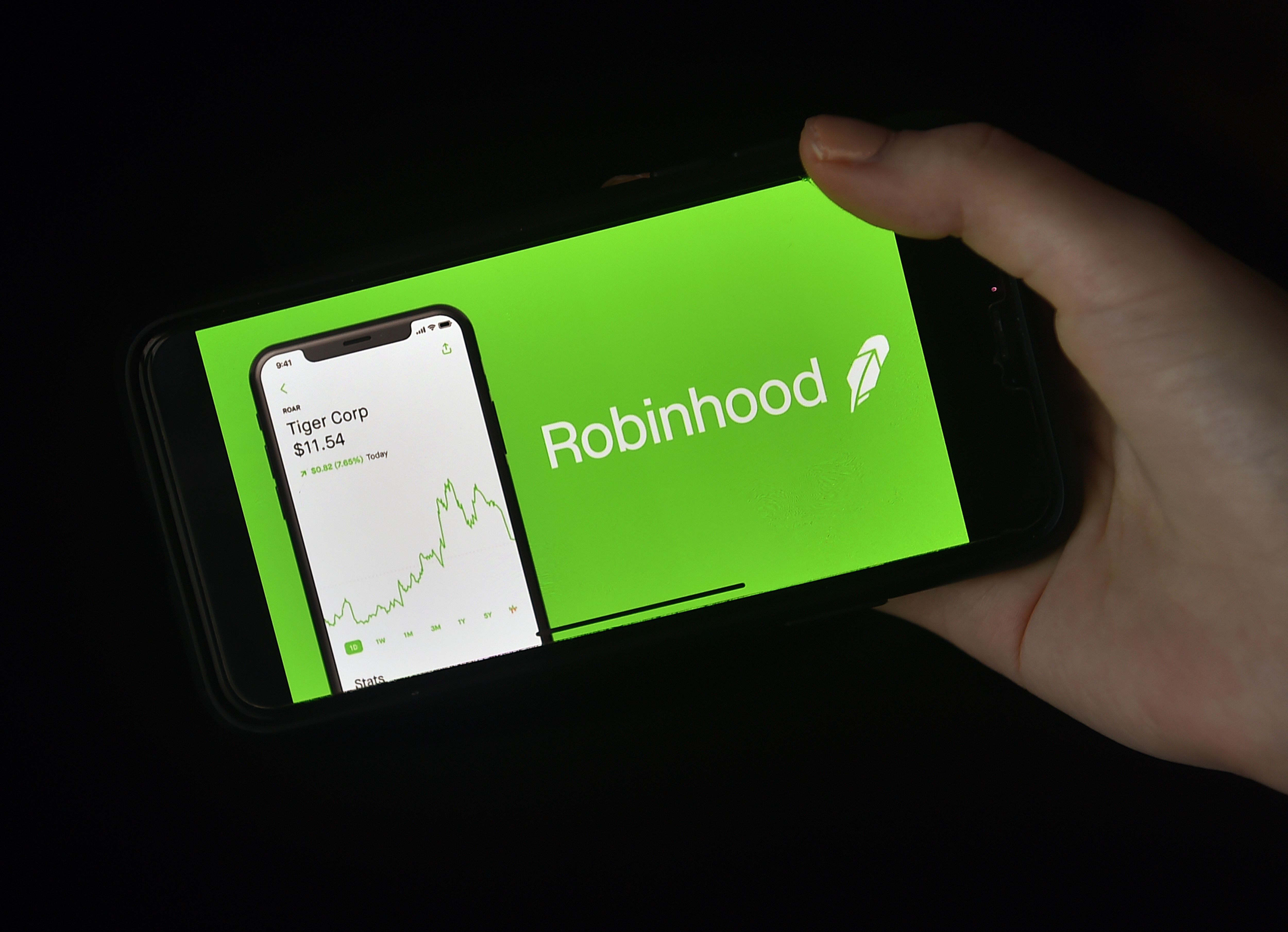 “Let’s also not forget that GameStop has a stock float (number of shares available for trading) nowhere near the likes of Apple or Tesla which could barely be influenced in such a great manner by a coordinated online community,” he said.

Allana held the view that something like this has never happened before in the capital markets.

“In this day and age, we see social media being used excessively by individuals to raise their voices, unite against injustice and call the shots and the scenario in question is no different,” he said.

Though the GameStop stock was immensely shorted, retail investors generated demand pressure by buying it in huge amounts and lifted its price upward (basic law of demand).

But this might not be the biggest reason behind the volatility, he said.

Allana detailed that when an investor assumes a long position, his losses are capped but profits could be unexpectedly high.

“Lets say a trader buys a share for $100, then the maximum amount that he can lose is $100 in case the stock is worth nothing in the future,” he said. “However, if the stock price soars to a couple of thousand dollars, then profit is rises to an unexpectedly higher level.”

With short selling, it is the opposite as the gains are restricted, but losses could be boundless.

If the price keeps on rising, the losses on a short position will keep on increasing without any limits therefore, to manage risk, the short seller has to close his position ie buy the share to return it to the broker.

This puts additional upward pressure on the rising stock and the price surges further.

In such as scenario, the short sellers are forced to buy shares to restrict their losses.

“This is a bit ironic because they initially bet for the price to fall but in order to cover their losses, they have to close their position which raises the price upward and their co-short sellers with open positions are in much deeper waters,” he said. 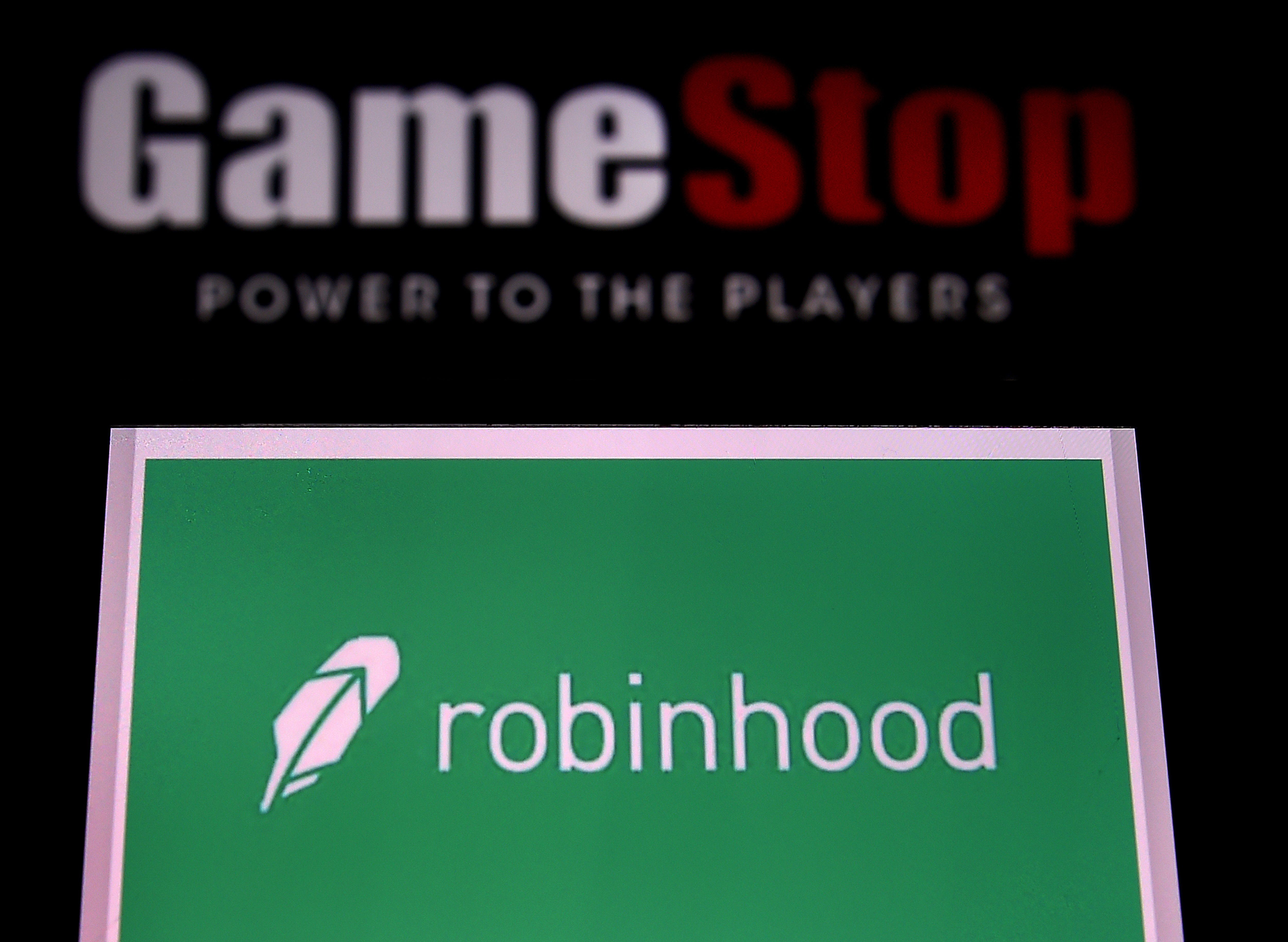 Such a situation is called short squeeze.

According to investopedia, a short squeeze occurs when a stock or other asset jumps sharply higher, forcing traders who had bet that its price would fall, to buy it in order to forestall even greater losses.

Lack of supply and excess of demand for a stock due to short sellers covering their positions and buying back stocks can also trigger a short squeeze.

The recent volatility witnessed in GameStop stock surfaced because the market believed that in order to drive its price downward from the peak, short selling hedge funds were selling the stock to each other to artificially create excess supply of the scrip.

Meanwhile, online brokers (apps such as Robinhood, Trading 212) restricted trading by retail investors which restrained them from buying new shares.

With no new buyers, the only way the price could go was downward.

However, with alleged legal pressure on these brokers, the applications were forced to lift restrictions on retail investors and once again they were allowed to buy, and therefore the price skyrocketed again.

This was the actual reason behind the volatility, the official said.

It is believed that a few big hedge funds have closed their positions and bore losses stretching billions of dollars.

However, most short positions are still open as sellers have been borrowing more and more cash with hopes the share price will go down and they can reduce their losses, he said.

Due to the short squeeze, the price of GameStop’s stock peaked at over 500% by Thursday January 28 compared to $76.79 recorded at the beginning of the previous week.

What are the long term impacts of short squeeze?

Talking about the effects of short squeeze, he said some hedge funds have been short squeezed and the shockwaves are being felt all across the stock market.

“First of all, retail investors are cashing out their long positions in other assets to invest money into GameStop and related stocks (discussed on wallstreetbets) so share prices of other assets are declining,” he said.

A lot of these retail investors are not looking to make a profit, rather they are setting a moral principle at the bourse as this is their chance to pressurise the short selling hedge funds who, according to them, have made billions at the expense of retail investors for a long time.

Yet for others, it is about taking a stand by uniting against the ‘establishment’ of the stock market and protecting a deteriorating business like GameStop which has short sellers to blame for unusual decline in its stock price, he said.

However, the biggest impact is being borne by the short sellers because hedge funds, specialising in short selling, try to cover their losses on their short positions and are then faced with a short squeeze and at that point, a liquidity crunch becomes inevitable.

They need money to cover their losses borne out of short squeeze therefore they close their long positions in other stocks.

With the huge amounts held collectively by the many hedge funds in various assets being sold to restore liquidity, the ripple effects are felt by all stocks of Wall Street which is precisely why, the S&P and Dow indices were declining steeply as GameStop stock price was rising.

This is how the GameStop saga is affecting not only its own share price but all investors in some way.

The portfolio of an average investor had registered a loss by Thursday January 28.

“This whole fiasco will definitely meet a conclusion with increased scrutiny and regulations for exchanges, brokers, hedge funds, and institutional and retail investors.

What we are witnessing here is unusual and it is definitely history in the making.

“The aftereffects of this will be felt by everyone in one way or another. Whether it will be yet another victory for the big whales in the sea, or the unanimous shoal of fish will pave the path to a democratised and decentralised free market, only time will tell!,”

He concluded by saying that the ongoing week will be crucial for investors.