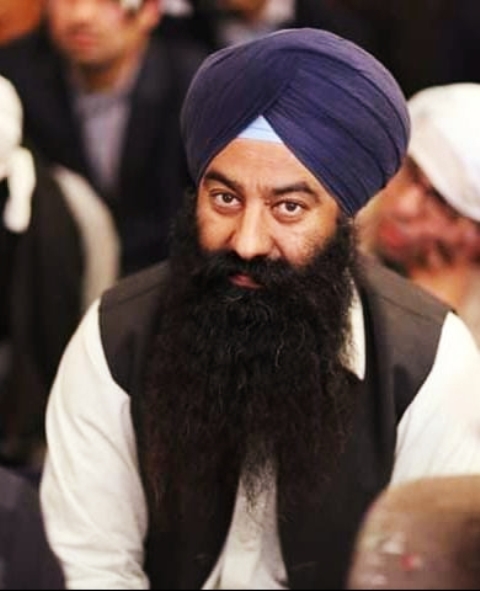 When Pakistan Tehreek-e-Insaf (PTI) unveiled its list of nominees for the upcoming senate polls the past week, some names came with surprise while others garnered reservations of the party leaders. However, a name which made history, was of Khyber Pakhtunkhwa’s Sardar Gurdeep Singh, who is on his way to become the province’s first visibly-Sikh representative in the upper house.

Although he may not be the only Sikh leader to receive a ticket to the senate, Gurdeep is the first to don a turban— a symbol of traditional Sikh identity —while doing so. Earlier, Awami National Party had elected Senator Amarjit Malhotra, but he wasn’t the one to wear turbans.

Sardar Gurdeep Singh, who has been granted a ticket on minorities’ seat in the upper legislative chamber, was also previously elected as a minority councilor from Chakesar area of Shangla in the year 2005.

Part of Gurdeep popularity stems from the fact that he comes from one of the most prominent Sikh families in the region. Following partition, his ancestors left India to settle in Shangla’s Checkser area, where his father, a well-known business man has been associated with the trade of grains for the past 40 years. Whereas his sister was married to Sardar Soren Singh, who served as a special assistant to the chief minister, during the previous PTI government. Following Soren Singh’s 2016 assassination in Buner, his family is to-date cared for by Gurdeep, who gathers great support from the local Sikhs. For whom, seeing a turban-wearing member of their community in the senate, is a good omen for the country’s Sikh population.

According to Khyber Pakhtunkhwa National Peace Council Chairperson Dr Sahib Singh, prior to Gurdeep, the region’s Sikh community had no representation in the senate. “We kept looking at Muslim leaders or the Federal Minister for Minorities to voice our concerns. But now that Sardar Gurdeep Singh has received a ticket, Sikh Pakistanis will for the first time have actual political representation, along with other minorities,” the chairperson expressed.

Speaking in the same vein, Dr Pardeep Singh, a resident of Swat, said that the nomination of a common man from the Sikh community as a senator, is a historical step for the country. “He [Gurdeep] is not just aware about issues of the Sikh community, but those of all religious minorities living in the region. The bill for minority legislation that comes to the National Assembly cannot be passed in the Senate simply because no one from the grassroots has ever gone to the Senate. However, I am confident that Gurdeep’s presence in the senate will benefit all religious minorities, be they Hindu, Christian or Sikh,” commented Dr Singh.

Sardar Gurdeep Singh, who joined PTI following the assassination of his brother-in-law in 2016, said that he has been working as vice president of the party’s centeral minority wing, ever since.  Talking to The Express Tribune, he said that he was honoured to receive a ticket to the senate, as representative of the Sikh community. “Prime Minister Imran Khan has shown immense respect to Soren Singh's family. I plan to go forward with his mission, and in doing so, I will hopefully make the country proud,” he added.