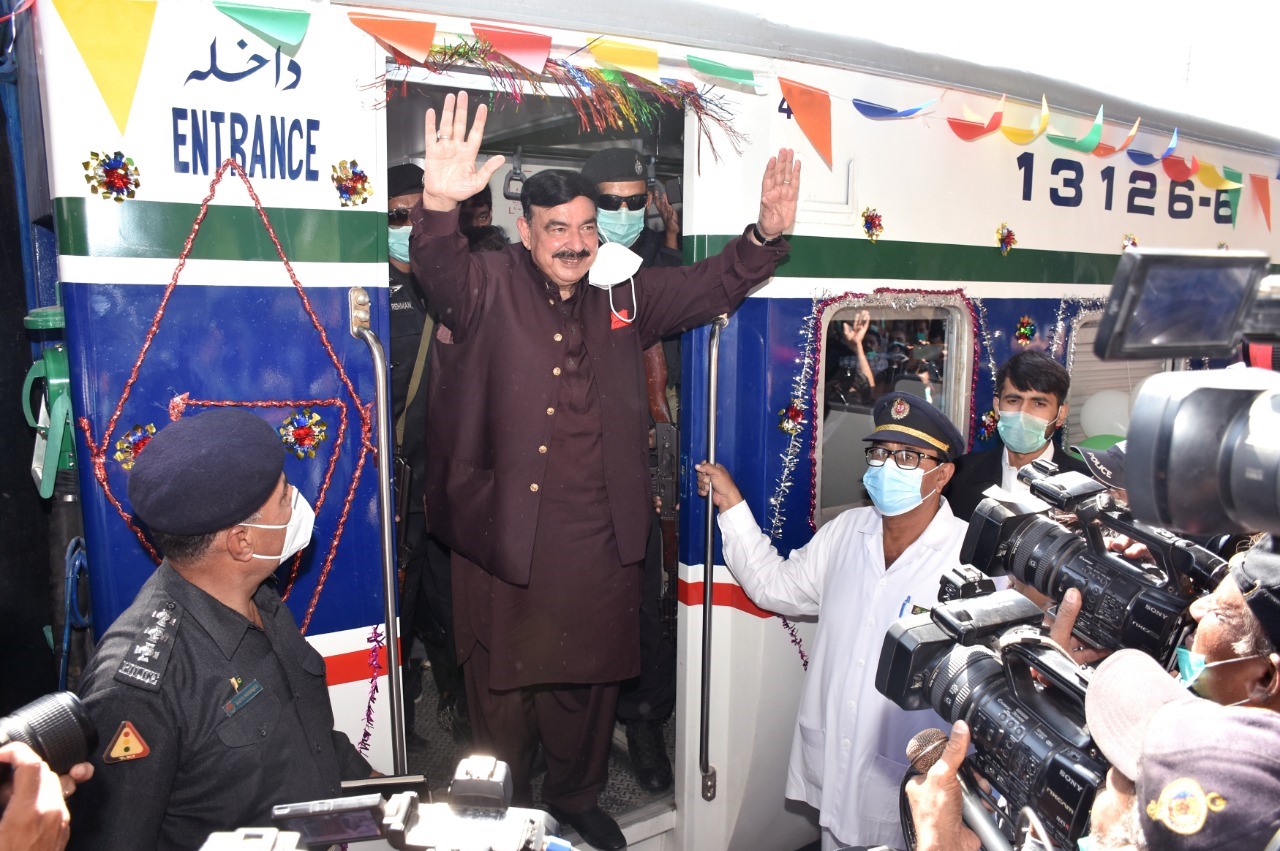 Former Minister for Railways Sheikh Rashid waves to a crowd of media personnel gathered for the inaugural ceremony of the Karachi Circular Railway. PHOTO: EXPRESS
KARACHI:

The Pakistan Railways (PR) has limited the operations of the Karachi Circular Railway (KCR) to running one up/down train instead of two up/down trains due to a lack of passengers availing the service.

The decision was taken after the PR reported financial deficit, which it attributed to the less number of passengers boarding KCR trains.

According to sources in the PR, KCR trains can accommodate up to 500 passengers, but only 20 per cent occupancy is observed in the trains.

The operations of the KCR were partially restored after 21 years in November 2020, following Supreme Court order. Then railway minister, Sheikh Rasheed, had inaugurated the partial restoration of the intra-city train service.

When the service was restored between City and Pipri Stations, the PR had issued a train schedule specifically to accommodate employees travelling to and from work. However, the number of passengers boarding the trains remained low.