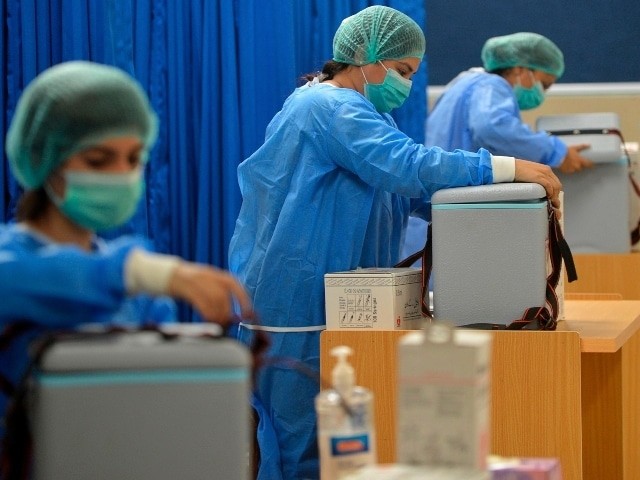 The photos of both the citizens, shared by them on social media, have gone viral.

It is alleged that the said citizens, said to have been vaccinated on Saturday, are the daughter and son-in-law of a politician.

Sindh emergency operation centre coordinator for immunisation and polio in Karachi Fayyaz Hussain Abbasi has been tasked with inquiring into the matter and submitting a report within the next three days.

Taking notice of the incident, Federal Planning and Development Minister Asad Umar tweeted: “A complaint has been received that Covid-19 vaccine is being administered to not just health workers in Karachi, but also acquaintances. Taking immediate notice, [special assistant to the prime minister on health] Dr Faisal Sultan chaired a meeting today (Sunday), attended by the National Command and Operation Centre team and representatives of the Sindh government. In the meeting, it was stressed that only health workers are to be inoculated.”

Meanwhile, the DUHS spokesperson stated that the suspended doctor was not employed at the facility.