China has once again proven its everlasting friendship towards Pakistan, says Qureshi 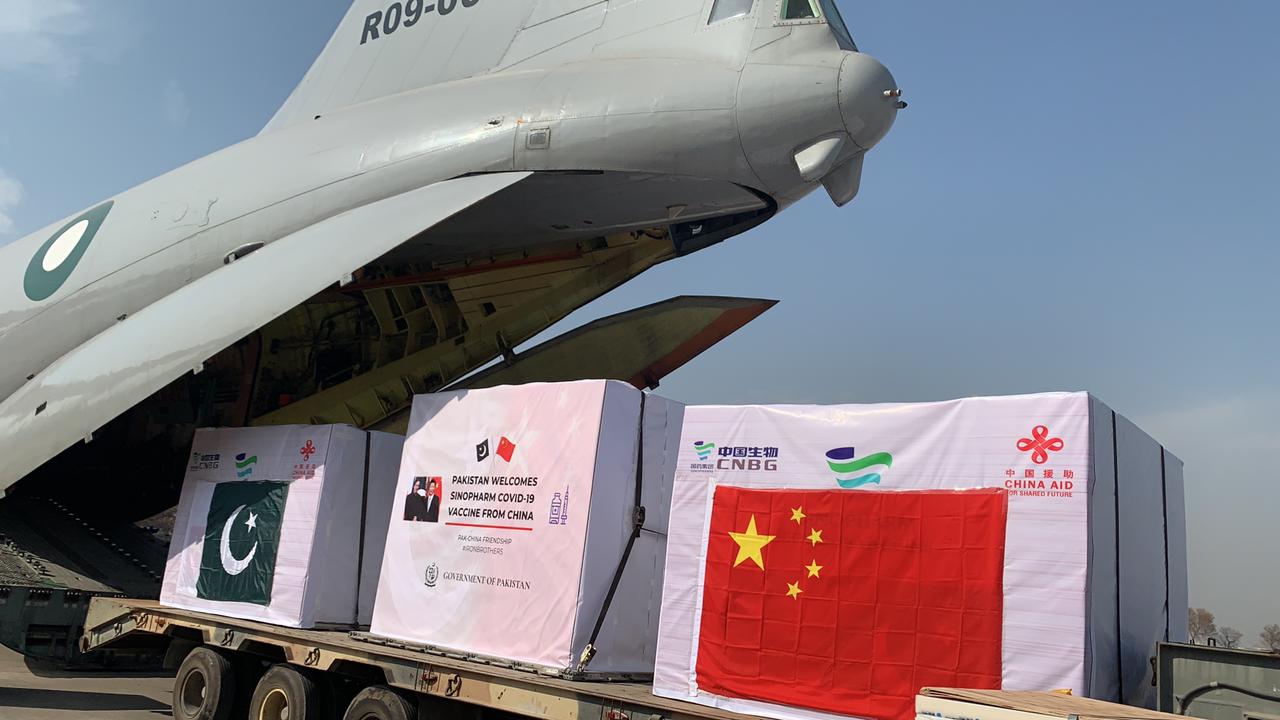 The country is set to embark on a massive inoculation drive against the coronavirus this week, as the first consignment of the 500,000 doses produced by China’s Sinopharm reached the federal capital on Monday.

The vaccination process will begin on Wednesday (tomorrow) with the frontline health workers will be the first to receive the shots, for which the National Command and Operation Centre (NCOC) has established vaccine centres across the country.

“Thank God, the first batch of Sinopharm vaccine has arrived! Grateful to China and everyone who made this happen,” Adviser to Prime Minister on health Faisal Sultan said in a statement released on Twitter. “I salute our frontline healthcare workers for their efforts and they’ll be first to get vaccinated,” he said.

According to a separate statement issued by the Foreign Office, Qureshi thanked Chinese President Xi Jinping for supporting Pakistan in the fight against the pandemic. “This [consignment] is a testament of the friendship between China and Pakistan,” he said at the handover ceremony.

Qureshi noted that China had once again proven its everlasting friendship with Pakistan by gifting the country half a million doses of the Sinopharm Covid-19 vaccine. He also thanked the People’s Liberation Army (PLA), Chinese doctors and experts who came to Pakistan and shared their experiences here.

“The vaccine has arrived right at the time when Pakistan is grappling with the second wave of Covid-19,” the statement quoted Qureshi as saying. He added that the vaccine delivery coincided with the commencement of the 70th anniversary celebrations of the bilateral diplomatic relations.

“The vaccine will be used to inoculate the frontline health workers to protect them from Covid-19 and will play an important role in saving precious human lives,” the foreign minister said. He added that both countries were deepening cooperation on matters relating to vaccine.

Besides the Chinese jabs, Pakistan has also been pledged 17 million doses of AstraZeneca’s Covid-19 vaccine under a global scheme to deliver coronavirus treatments to developing nations. About 6 million doses will arrive by the end of March under the COVAX scheme, with the remainder due by mid-year.

The NCOC, which serves as the nerve centre of the government’s unified effort against Covid-19, said that Chinese vaccine had been transferred to the Central Storage Centre in Islamabad. It added that the vaccination process would work with the National Immunisation Management System (NIMS). 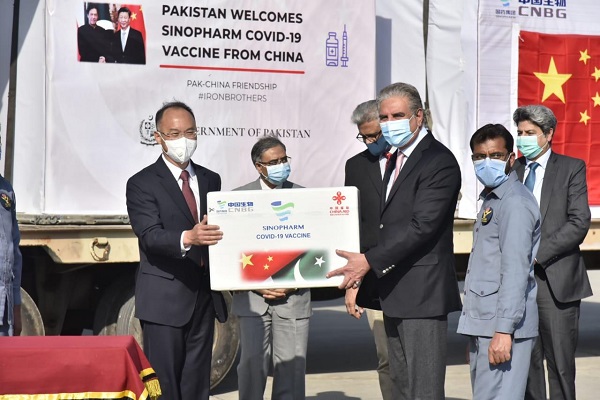 For the vaccination process, which will begin nationwide on February 3 (tomorrow), the NCOC has set up 189 centres in Punjab, 14 in Sindh, 280 in Khyber-Pakhtunkhwa, 44 in Balochistan, 14 in Islamabad, 25 in Azad Jammu and Kashmir and 16 in Gilgit-Baltistan.

The vaccine will be provided to federating unites in compliance with all health guidelines, the NCOC said. The dozes would be transported by airplanes to Sindh, Balochistan and Gilgit-Baltistan to maintain the temperatures and save time, it added.

The first batch of the vaccine arrived, as the NCOC reported 1,615 new infections and 26 deaths in the latest 24-hours, taking the total number of cases to 546,428, with 11,683 deaths. It added that most of the deaths occurred in Punjab, followed Khyber Pakhtunkhwa.

According to NCOC, 1,278 patients had recovered from the deadly pandemic in the last 24 hours taking total recoveries to 501,252. The NCOC also reported that a total of 7,966,981 tests had been conducted since the outbreak of the virus.