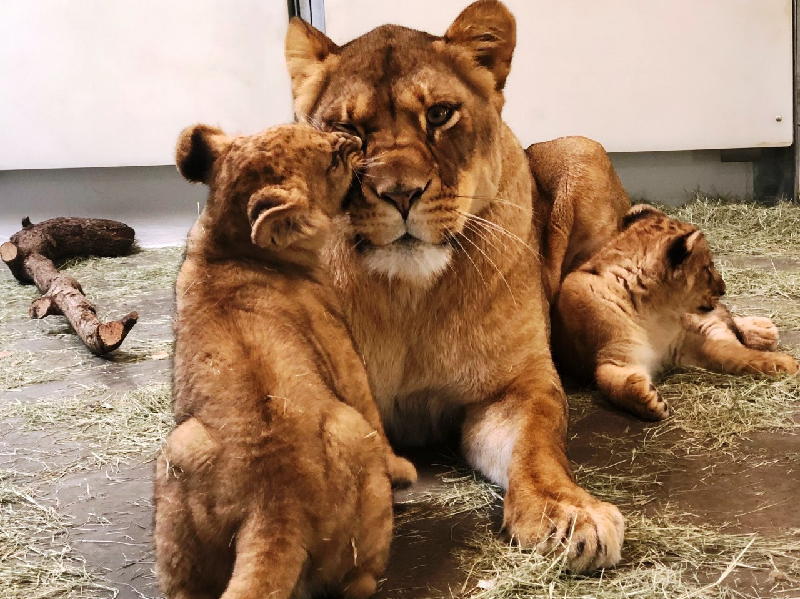 An African lioness has given birth to two healthy cubs at the Lahore Safari Park at a time when the zoo administration is still facing conundrum of four missing black deer.

The zoo administration said the birth of cubs have subsided their trouble about the missing deer which are believed to be stolen from the facility.

Sheikh Zahid, Lahore Safari Park Deputy Director, said that the new-born lion cubs are healthy and the number of lions in the safari park has now increased to 32 with the arrival of new guests.

Lahore Safari Park has the highest number of lions and tigers in the country.

On the other hand, despite the passage of several months, the Punjab government has not been able to fix new prices for surplus wild animals and birds, especially lions and tigers.

The Punjab Wildlife Department has hundreds of surplus animals and birds in various wildlife parks and zoos across the province, including in Lahore Safari Zoo, but they are not being sold due to lack of renewed price list.

Punjab has a total of three zoos, a safari zoo and 16 wildlife parks and breeding centres with hundreds of surplus animals and birds.

In Lahore's safari park alone, there are more than 40 big cats whose daily food costs thousands of rupees.

The main reason for the delay in sale of surplus animals and birds is drafting a new price mechanism.

On September 8 last year, after many years, a meeting of the Punjab Wildlife Management Board was held in which new official prices of surplus animals were proposed.

After which, the price of lion was increased to Rs1 million and lioness to Rs1.5 million from their previous price of Rs150,000.

The price of a male lion between the ages of four to twelve months was suggested to be Rs0.7 million and that of female Rs0.8million.

The male leopard was proposed to be sold at Rs4 million and the female at Rs5 million.

The price of male tiger was suggested to be Rs4.5 million and the price of female was Rs5 million.

According to Punjab Wildlife sources, instead of approving the new prices, the board had decided to fix the prices of animals keeping in view the market rate and a committee was constituted to determine the new prices, which has yet to submit its report.

According to wildlife sources, the process can take several months.

On the other hand, breeders involved in the sale and purchase of wildlife say that there is no doubt that the prices of surplus animals by the government are below the market rate, but the current prices are reasonable in terms of the type of animals being sold by the government.

excellent ... lahore zoo must be given academy status with they solely responsible to train ppl who will go and work at other zoos