Let us face reality! Pakistan being less than 2% of the global LNG trade, we do not move the market 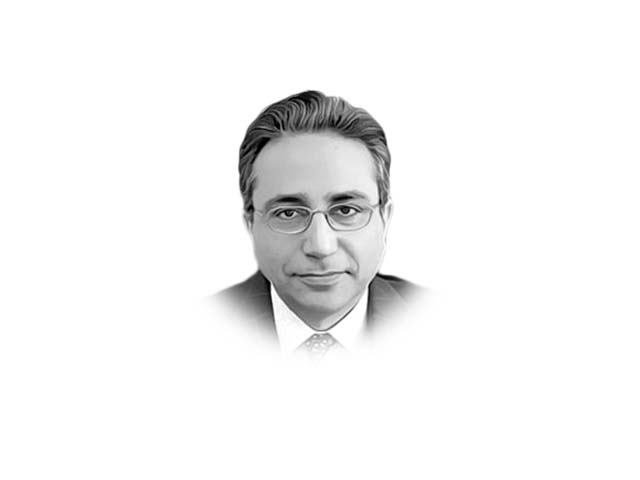 First, it was said that the Government of Pakistan bought LNG at extremely high prices for December 2020, raising fears that LNG consumers were in for a substantial price hike; and somehow there was wrongdoing on the part of the government as if Pakistan decided international market prices. The truth is that the average Delivered Ex-ship (DES) price of December 2020 was $6.34/MMBtu which was the lowest price of LNG of any December with December 2017 being at $7.5/MMBtu. Then the fear mongering went on that there would be a massive gas shortage in December 2020. As it turned out there was no gas curtailment in December 2020 except for CNG in the last ten days as per Cabinet’s approved gas allocation priority in vogue for many years. There were indeed low-pressure issues for residential consumers at tail ends in the last ten days, but that is a function of the ill -planned pipeline expansion. Truth quashed the fears.

But the fear mongers did not stop! The focus then turned to the three spot tenders in January 2021 for which Pakistan LNG Ltd (PLL) initially did not receive any bids. “The sky is falling” was the new narrative, “the industry will all shut down and we will all go into stone ages”. Nobody paid attention that even without these tenders, there were 12 cargoes scheduled for January 2021, the highest-ever number and equal to the full contracted regassification capacity of LNG terminals. It is a matter of record that until August 2018, only 33% of all spot tenders were awarded and this percentage has increased to 82% in the present government tenure. Where were all these prophets of doom until August 2018? Why did they not bring the heavens down every time a tender was not awarded before August 2018?

In January 2021, other than CNG, only the captive units of general industry were shut down following the load management policy for winter. No gas loadshedding for residential, commercial, fertiliser or export industry was carried out. However, low pressure issues exist at tail ends for reasons explained above. The volume of LNG being moved in January 2021 is nearly 18% more than January 2018, and the DES price is $6.4/MMBtu compared to $8.49/MMBtu in January 2018. Truth trumps fear again.

But wait, the story does not end here! PLL floats a tender for two spot cargoes for February to get a total of 9 cargoes coming into Pakistan. It awards both, but given the market conditions, the winning bidder in one case shows inability to fulfil its commitment. On average, Pakistan imports 7.75 cargoes in February, which is a low demand month; eight cargoes were still secure despite this event. Separately, after several months of deliberation, the government has just approved a policy to ban on gas supply for captive generation, with some exceptions. It is eminently sensible policy when the country is short of local gas and has excess power capacity while these industries use a scarce resource inefficiently. “The sky is falling,” cries chicken little, again, thinking that this policy is linked to insufficient import of LNG. Eight hundred industries will shut down, babies will die of hunger and end of time is upon us, was the new narrative of these prophets of doom. Little do they know that the government has added more than 100mmcfd of local gas in the system this winter and PLL replaced the second spot cargo at a much lower price, making a total of 9 cargoes for February 2021 in any case. The average DES price for February is projected to be $7.31/MMBtu, once again cheaper than February 2018 DES price of $8.65/MMBtu. More LNG in each of the three winter months and at cheaper prices than winter of 2017-18. Truth reigns supreme.

Coming out of heavily depressed demand all through the summer of 2020, when the LNG production facilities around the globe tried to ramp up LNG production for winter season, 14 out of 19 LNG producers faced production problems in the fourth quarter of 2020 as reported by Platts. Meanwhile a harsh winter in Japan and Korea increased their demand because of dependency of certain areas solely on LNG fired power plants. The consequence was the spot prices going up by nearly 500% in January, reaching by far the highest prices ever in the 60-year history of LNG. This resulted in many defaults in commitments across the region.

If the prophets of doom argue that cheaper LNG could have been bought many months ago for delivery in winter, they ignore the reality that the higher the gap between an earlier locked price to the current market prices, the bigger the economic motivation for the supplier to default on delivery and just pay a penalty instead. And if they think that it should have been known, then they don the mantle of fortune tellers as well. Nevertheless, the replacement cargo for February 2021 has, once and for all, put an end to the fallacious argument that ordering early automatically gets a better price.

Let us face reality! Pakistan being less than 2% of the global LNG trade, we do not move the market. Japan can buy LNG at $31/MMBtu and charge its consumers an electricity price of nearly Rs400 per kWh because of this high LNG price, but Pakistan cannot.

Despite once in a century events creating turmoil in the global market, LNG supply in Pakistan has been the highest ever, with the final prices being the lowest ever, of any of the last five winters. Let us recall the winters not too long ago when public used to be agitating on streets and factories were shut down 50% of the time. Ironically, all this was happening when the local gas production was almost 20% more than now. We have short memories. We forget how bad situation it used to be only three or four years ago. But truth does not suit the purveyors of fear.

Like the parable of six blind men describing an elephant, each with his narrow perspective, the purveyors of fear want to tell their own narrow version of the truth. They do not like full truth because it does not make fearful headlines. Beware of the purveyors of fear!