Pakistan to get CanSino vaccine’s 20m doses on preferential basis 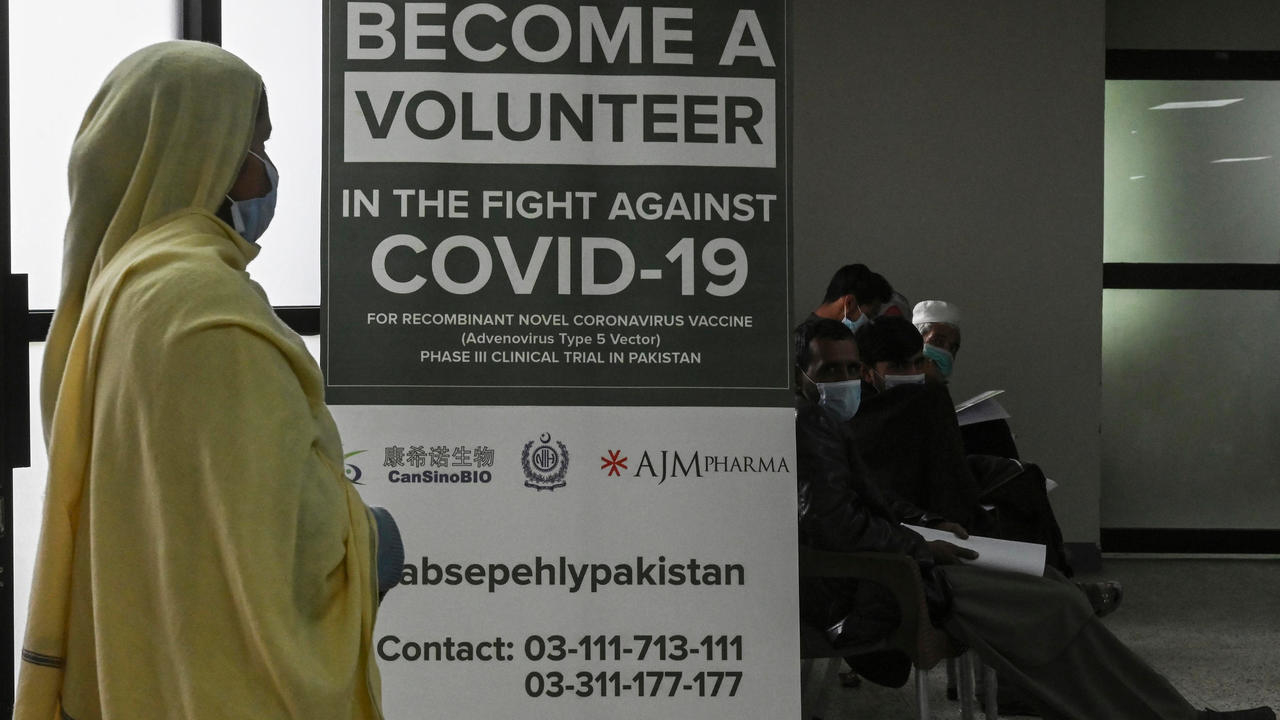 Thousands of Pakistanis have volunteered to take part in the final-stage trial of a Chinese vaccine for Covid-19. PHOTO: AFP/FILE

Chinese pharmaceutical company — CanSino Biologics Inc — has offered 20 million shots of its Covid-19 vaccine to Pakistan as it gets ready to release efficacy results “in a few days” from phase-III trials that have recently been completed in the country, its local partner told Bloomberg on Friday.

It has already applied with the Drug Regulatory Authority of Pakistan (Drap) to get approval.

“We need to keep in mind that this coronavirus vaccine is a very scarce commodity, highly in demand and you know the other countries many months ago started the advance booking, we also need to do the same, we are already late on that,” said Zaheer in a telephonic interview. “Once Pakistan does a booking, we will be in a position to know the delivery. I am sure the delivery will be much before other manufacturers.”

The company also plans to decrease the cost of procuring the vaccines by 25%, through filling the vials locally.

Pakistan is not among the 51 nations that have started administering shots despite being the fifth most populous country globally, according to data collected by Bloomberg.

Moreover, China will “gift” half-million doses of the Covid-19 vaccine to Pakistan by the end of this month, Foreign Minister Shah Mahmood Qureshi announced, following his telephonic conversation with his Chinese counterpart, Wang Yi on Thursday.

Islamabad had also given approval to AstraZeneca Plc’s shot for emergency use earlier this month.

Special Assistant to the Prime Minister (SAPM) on Health Dr Faisal Sultan expressed hope on Wednesday that the government would procure at least one million doses of the Covid-19 jabs by March, maintaining that it aimed to vaccinate 70% of the country’s population against the deadly contagion.

Results from the phase-III trials in Pakistan will likely be the earliest indication of the CanSino vaccine’s protection level against Covid-19. A high efficacy level will add another weapon against the pandemic, though other Chinese vaccines have been greeted with some skepticism because of confusing trial data.

Pakistan is currently going through a second wave of infections that caused a peak in hospitalisations and deaths last month. Still, the nation has largely been spared the sweeping outbreaks of its neighbours Iran and India: total cases number 527,000 and fatalities over 11,000.

The CanSino trial in Pakistan completed the enrollment of 17,500 participants a few days ago, after the target number was increased from 10,000 participants. Only minor side effects among volunteers have been recorded so far, such as low-grade fever and body ache for one or two days, said Zaheer.