"This was just us having gup shup," Islamabad cafe owners issue apology after viral video backlash 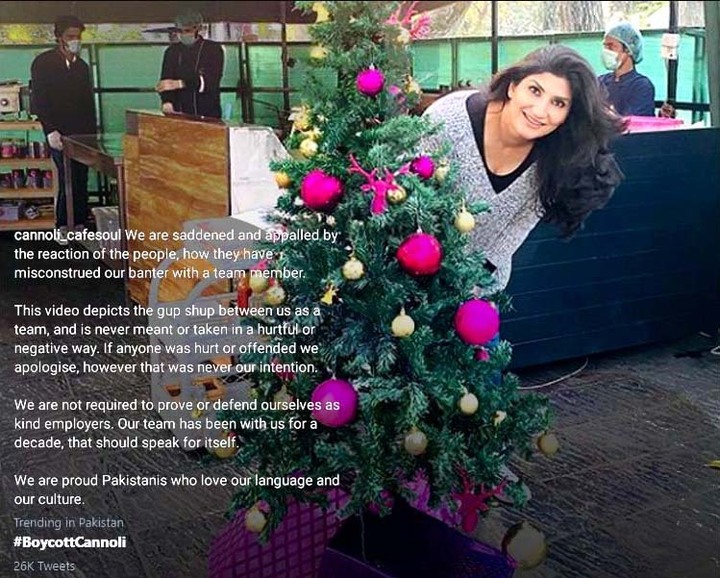 Owners of the high-end eatery in Islamabad, who gave a dressing down to their manager for his lack of proficiency in English,issued an apology on Thursday after the footage drew flak for humiliating the staffer.

The official page has now offered a clarification:"We are saddened and appalled by the reaction of the people, how they have misconstrued our banter with a team member. This video depicts the gup shup between us as a team, and is never meant or taken in a hurtful or negative way," the statement read.

"If anyone was hurt or offended we apologise, however that was never our intention. We are not required to prove or defend ourselves as kind employers. Our team has been with us for a decade, that should speak for itself.We are proud Pakistanis who love our language and our culture."

The women can be seen making classist remarks towards their manager Awais, who apparently has been working for them for the last nine years.

In the video, the women condescendingly ask Awais about the English language classes they had him take to improve his language skills. When asked to speak a line or two in English, he manages to respond, only for the women to mock him for his “broken language.”

#BoycottCannoli was trending on Twitter after the video was shared multiple times. The video was taken down after outrage from the restaurant page.

Soon after the video went viral, many went on to Twitter and called out the elitist comments the women passed about Awais. "No damage control can undo the embarrassment here. Even if he’s your best buddy, how is such leg-pulling acceptable in 2021? How?" host Anoushey Ashraf tweeted.

No damage control can undo the embarrassment here. Even if he’s your best buddy, how is such leg pulling acceptable in 2021? How? https://t.co/TT178bBFUe

"You know what is embarrassing? Living and working in Pakistan and being short on words when conveying oneself in Urdu. Our beautiful national language," actor Ushna Shah wrote. "When spoken correctly, every sentence is poetry. I know this embarrassment first hand and am constantly learning. We all should!"

"We were bored so we decided to ridicule our employees who can’t speak English as we do with our fake accents," comedian Ali Gul Pir penned, adding, "Someone in Islamabad please give Awais bhai a respectable job in the service industry where he’s not ridiculed for entertainment. You can find him at Cannoli."

We were bored so we decided to ridicule our employee who can’t speak english like we do with our fake accents #GoraComplex #NewSlaves https://t.co/dNwl1YqiYe 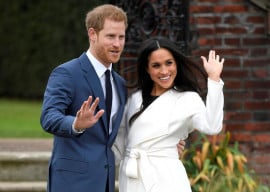 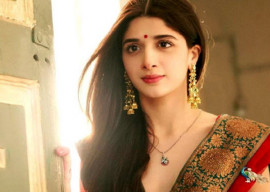 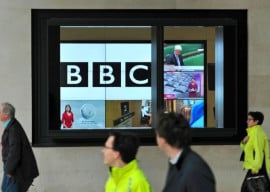 BBC clamps down on staff social media and paid speeches 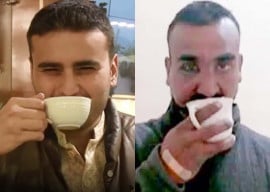