Factbox-Latest on worldwide spread of the coronavirus

Race to save Bangladesh hound from extinction

Recently, a Facebook group was made to exchange information about the dogs and to arrange mating sessions

The rare Sarail hound is a breed on the brink of extinction. AFP

In a rickety hut on the border with Bangladesh and India, two brothers are among the last local breeders of the Sarail hound, a dog on the brink of extinction.

Tall and lean with a powerful chest, pointed ears and bi-coloured fur, the rare hound -- named after the border town of Sarail -- has been treasured in the South Asian nation for centuries.

Their sharp eyesight and renowned hunting skills have earned them roles with the military and police, and as guard dogs, while masters love them for their devotion.

M.A.G. Osmani, who led Bangladesh's freedom fighters to victory against Pakistan in the 1971 war of independence, is said to have been saved by one of two Sarails he owned when he was attacked.

But pure-bred Sarails -- believed to have descended from English greyhounds and sighthounds owned by Mughal-era feudal landlords, or from hunting dogs brought by Arab traders -- are dwindling in numbers with just dozens remaining in Bangladesh, according to some estimates. 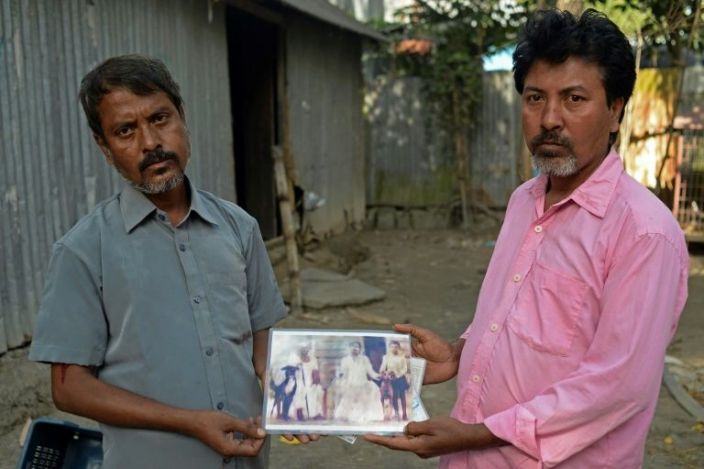 "Many families in this town once had Sarail (hounds)," Topon Rabidas, the younger brother, told AFP.

"But nowadays only a few... families keep it, often for guarding or to ornament their houses with a piece of local history."

Topon, 38, and his brother Joton, 40, are proud of their family's legacy of keeping Sarails for generations.

But the cost of rearing their dogs -- a pair of two-year-old males both named Lion -- is taking its toll on the poor family.

In the densely populated country of 168 million where some 30 percent of people live below the poverty line and access to land is scarce, Sarails are viewed as a luxury beyond the reach of ordinary Bangladeshis.

The brothers, both cobblers, say they mate the pair with bitches owned by neighbours and sell the puppies for up to US$500 each so they can buy the huge amounts of chicken and beef devoured by them.

About 100 kilometres (62 miles) away in the capital Dhaka, wealthy owners are trying to save the breed, with few government resources devoted to conservation since a failed attempt to breed Sarails collapsed in the 1970s.

More recently, they have set up a Facebook group to exchange information about their dogs and to arrange mating sessions. 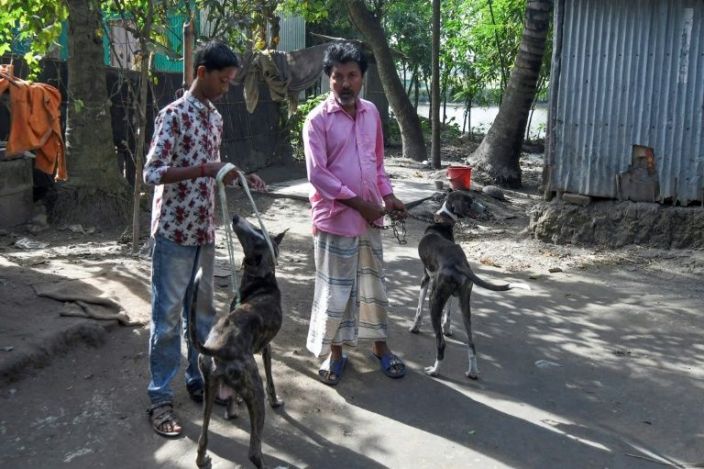 The sharp eyesight and renowned hunting skills of Sarail hounds have earned them roles with the military and police, and as guard dogs. AFP

Kaiser Tamiz Amin, a 58-year-old banker who manages the group, has owned Sarails for two decades and believes just 30 to 40 pure-breds are left.

"This is going to continue to be an uphill battle but we will get there," Amin told AFP at his home in one of Dhaka's most expensive neighbourhoods.

"With the help of (genetics) experts, we hope to restore this breed to its original perfection."

Back in the Rabidas' tiny tin and bamboo shanty home, the brothers are worried their children might not carry on the family tradition of rearing Sarails due to the high cost.

"My grandfather told us to keep at least two of these hounds at home in memory of your ancestors," Joton Rabidas said.

"When a dog dies, our entire family mourns. Every pup is just like a family member to us... But I am not sure whether our next generation would continue breeding these hounds."