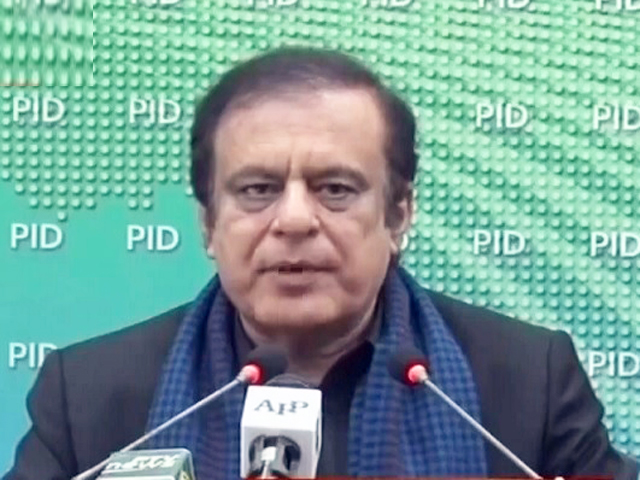 Minister for Information Shibli Faraz has said the opposition parties have requisitioned a Senate session just to escape the accountability process. However, they will fail in their attempt.

“The opposition parties have requisitioned the Senate session with a six-point agenda. They are in fact trying to misuse the upper house to escape accountability for their misdeeds but they will not succeed,” Shibli said on Wednesday.

The information minister was addressing a press conference, flanked by Minister for Foreign Affairs Shah Mehmood Qureshi and Adviser to the PM on Parliamentary Affairs Dr Babar Awan.

“[At the upcoming session] they [opposition] will be questioned by the treasury benches about the corruption committed by their leadership,” he added.

According to Shibli, the former rulers used the national institutions for their personal interests. “Their only objective was to mint money and in the process they made the common people poorer,” he said.

In an apparent reference to the recent arrest of PML-N senior leader Khawaja Asif by the National Accountability Bureau (NAB), the minister said everyone is bound to answer the questions raised by the courts or other relevant institutions about their wrongdoings.

“Any Pakistani citizen can move NAB for an investigation against any person having assets beyond known sources of income, but NAB cannot initiate a probe on basis of any news published in the press,” he said in response to a question.

Shah Mehmood Qureshi defended NAB decision to arrest Khawaja Asif but clarified that the government has nothing to do with the arrest and that NAB is an independent institution.

"Whenever NAB acts, it is called political victimization and opposition even threatens to besiege NAB offices. In every civilized society, no one is above the law.

“It seems that Khawaja Asif was arrested because could not satisfy NAB on the allegations of money laundering and assets beyond means," Qureshi said.

Khawaja Asif, who also served as the foreign minister during the last PML-N government, was arrested from Islamabad on Tuesday in an assets-beyond-means and money laundering case.

PML-N Vice President Maryam Nawaz had severely criticized the move at a press conference held later at night and described Asif's arrest as abduction. NAB is engaged in political engineering. The anti-graft watchdog has lost all credibility even in the eyes of the country's courts, she added.

Responding to these claims, Qureshi said the opposition leaders should produce a money trail to NAB instead of playing the victim card and hurling allegations. “They should come up with evidence to nullify the NAB's allegations.”

The minister said Asif was invited by NAB investigators to explain his position in the case and it was only he who could respond to the queries raised on his properties and assets.

Qureshi said he realized only after Asif’ arrest why the opposition had been linking its support to a Financial Action Task Force (FATF) related legislation with the abolition of 34 and 38 clauses in the National Accountability Ordinance (NAO), the law that governs NAB.

"Today, I understand. We were astonished as to what was the link between NAB law and the FATF. As the things are opening up, it shows they were using the FATF as a shield to amend NAB law."

He said despite the government's efforts to delink the proposed amendments in NAB law with the FATF legislation, the opposition was adamant to link their support with acceptance of their demand.

Qureshi said recent developments have exposed the opposition leaders who are seeking NRO – a reprieve – from the corruption cases they are facing. "NRO is the name of relief. It was a programme to save their skin," he said.

Dr Awan also reiterated that no one is above the law. He claimed that the opposition parties – who had announced on December 14 to hand in resignation from legislatures – are now looking for excuses not to resign from assemblies.