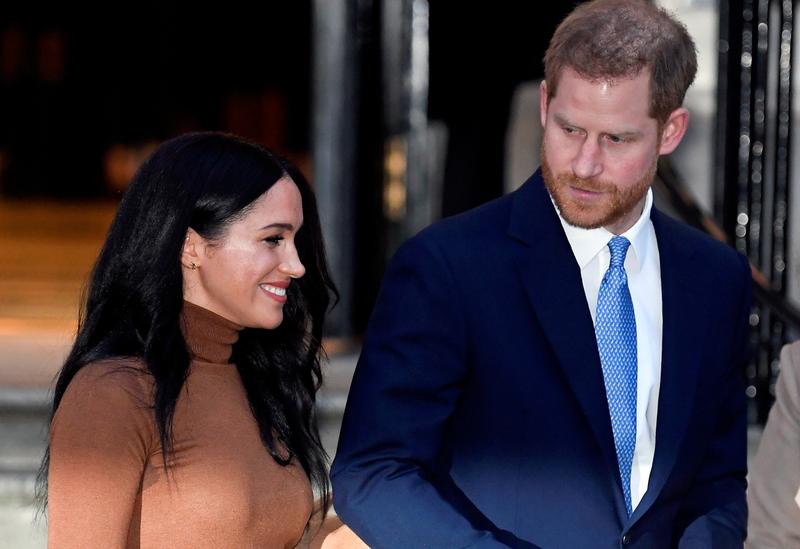 Britain’s Prince Harry and his wife Meghan on Tuesday thanked essential workers and offered encouragement to people who suffered during the 2020 coronavirus pandemic in their first podcast released on Spotify.

Harry and Meghan, known officially as the Duke and Duchess of Sussex, hosted the episode and introduced reflections and hopes for the new year from singer Elton John, producer and actor Tyler Perry, tennis champion Naomi Osaka and other celebrities, artists and authors.

During the 33-minute episode, the couple thanked healthcare and frontline workers and others who made sacrifices during a challenging year. “From us, I’ll say no matter what life throws at you guys, trust us when we say, love wins,” Meghan said. “Love always wins,” Harry added.

The episode ended with a surprise appearance by the couple’s 19-month-old son, Archie. With guidance from his parents, Archie said, “Happy ... New ... Year!”ince ceasing royal duties and moving to California this year, the couple has launched various creative ventures, and begun legal actions against British tabloids over privacy violations.

They signed a deal with streaming giant Netflix in September to produce "impactful" films and series, while Markle, a former television actor, narrated a wildlife documentary on Disney+. In September, the couple signed a multi-year production deal for TV programming with Netflix Inc, followed by a multi-year agreement to produce and host podcasts for Spotify. It has previously signed celebrity podcasters including Barack and Michelle Obama, and Kim Kardashian West.

The company did not say how much the deal with the royals was worth. The Duke and Duchess of Sussex had said in a statement that "what we love about podcasting is that it reminds all of us to take a moment and to really listen". In an introductory trailer, the prince had introduced himself: "Hi guys, I'm Harry." He says their podcasts will "bring forward different perspectives and voices that perhaps you haven't heard before".

Markle had added that the podcasts will "celebrate kindness and compassion".

Spotify's chief content and advertising business officer, Dawn Ostroff, said in a statement, "The Duke and Duchess of Sussex may live in California, but the power of their voices rests in their status as citizens of the world."

The company had earlier said Harry and Meghan will release a "holiday special" this month featuring "stories of hope and compassion from inspirational guests". The couple said the "challenges of 2020" made it particularly important to hear everybody's stories, to be "reminded of how interconnected we all are".

"So many people have been through so much pain this year," Harry said. The duchess wrote a first-person opinion piece in The New York Times in November about miscarrying her second pregnancy. The couple will host and produce podcasts through Archewell Audio, their recently created company.

Harry and Meghan stepped back from their royal duties in January and moved with Archie to Southern California to live a more independent life and escape the hostile British media. The pair made no mention of their move in the podcast.