How PTI squandered the many advantages

Despite challenges, business groups are seeing LNG trade as an opportunity 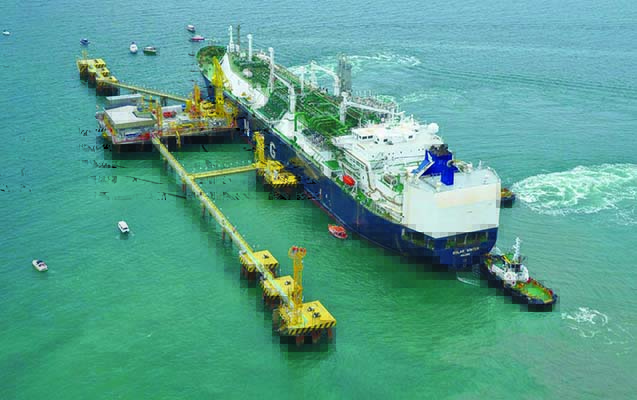 Why are we prone to crisis? After power deficit, we are in a power surplus crisis. After the introduction of liquefied natural gas (LNG), one would have thought that ample supplies would be available from the international system. However, people complain that they do not have gas for cooking food.

Recently, a controversy has erupted over losses and shortages in the gas and LNG sector. There is a long list of allegations – inadequate demand forecasting and coordination, late buying decisions, unplanned tendering, etc. Truth is always in between.

The other side of the argument is PPRA complications, power demand estimate issues, Qatar gas contract, constitutional complications and political constraints preventing rationalisation and reforms, and a highly cross-subsidised tariff structure.

Surely, things could have been better despite these issues. There is always possibility of error and scope for reforms and improvements.

At present, the government is heavily involved in LNG business. We would examine the scope for a private sector-based LNG market.

Despite problems, business groups are correctly seeing it as an opportunity. Presently, things are evolving on the assumption and belief that the market will prevail upon bureaucracy and will replace it. Local and international players are upbeat and running after projects and proposals.

We had earlier proposed a gas market exchange ala in other market economies and even in India where such an exchange has recently been established. However, till such a big step is taken, let me posit a simpler start-up solution, which may not require a lot of changes and prerequisites.

How about replicating the oil sector with some modifications? Sceptics may argue that the oil sector is not an ideal model. However, it is more stable and less controversial than LNG.

There is a reasonable amount of competition at the wholesale level in the oil sector. Oil marketing companies (OMCs), including those in the public sector, freely import petrol, diesel and other products. The reference price is set by the Pakistan State Oil (PSO) import price and other associated costs. All other OMCs are allowed this reference price.

There are problems of delays and efficiency that have been cited. Platts index has been proposed to be the reference price by replacing PSO’s price.

A gas-to-gas LNG market is gradually replacing oil-linked gas pricing. The gas spot market - Japan Korea Marker (JKM) - has come of age after five or more years of existence. Business is being conducted reliably and comfortably around it.

According to a Bloomberg report, India is reportedly considering linking its local gas prices to JKM, shunning a basket of international gas indices.

Trafigura proposal, however, does provide a basis for bid-based one or two-year contracts or a corresponding formula-based pricing thereof.

Similarly, a gas index eg JKM or TTF or a combination of the two could be selected as the reference gas price and a reference formula developed. However, unlike oil sector’s methodology of historical prices, the published forward price curves of four to six months may have to be used. Some serious work is required around this point.

There are known tariffs for the downstream market segment like gasification and terminal charges, transmission and distribution cost, etc where the Oil and Gas Regulatory Authority (Ogra) tariff mechanism already exists.

Marketing companies have already started coming, although based on a small window of opportunity that has been created by the current terminals’ existing capacity. More companies may be licensed including the merchant terminal companies that are in the offing.

What is the net advantage? The private sector is inducted and government and public sector involvement is eliminated. Public sector companies – like Pakistan LNG Limited (PLL) – may be allowed to function for some time till the alternative system starts functioning and becomes stable.

Thus, 70-80% of gas prices would be based on international prices and the rest through a regulated mechanism which is already there. Oil-like consultative and coordination mechanism may have to be created as the Oil Companies Advisory Committee (OCAC).

Let’s call it GCAC which may coordinate supply issues. They will build permanent operations and integrate Pakistan’s market with the regional and international ones. Just as we see Shell, Caltex, Total, etc in case of oil. They may bring investment in storage and allied facilities.

An irritant, however, is high-priced Qatar gas contract (to be renegotiated by 2025) and take-or-pay liabilities. Public sector companies argue that the private sector is trying to snatch away their customers. Where would they sell their take-or-pay gas?

The solution is twofold – one is to add a surcharge to the spot gas imported by the private sector for creating a level playing field. This will remain till 2025, when the Qatar contract price renegotiation would take place. Secondly, the take-or-pay liabilities are assumed by a government company ala CPPA-G and in this case it may be PLL (Guarantee Ltd).

The government has now adopted an altogether different approach of merchant terminals. Five terminals are under consideration. Engro, ExxonMobil, Mitsubishi and Pakistan GasPort are involved with various partners who are LNG producers and traders.

Engro with Fatima has a market of its own by virtue of being heavily involved in fertiliser business.

In this business model, the government has absolved itself of all the risks and costs. But the risk is to be shared between merchant terminals and consumers. There is no control over prices or supply.

Merchant terminal companies buy, transport, regasify and sell RLNG to consumers. They only need to hire gas companies like SSGC and SNGPL on a third-party access (TPA) basis.

Although merchant terminals are supposed to compete with each other, these can collude to manipulate prices and restrict supplies. In order to deal with such risks, it is vital to have TPA in merchant terminals so that other smaller or lager traders are inducted and compete in the market.

Various types of TPA mechanisms are there – unlimited ones wherein all residual capacity is to be made available to third parties at a negotiated or regulated tariff. In other cases, a percentage (20-50%) of merchant terminals’ capacity is to be reserved for TPA parties.

For TPA, a tolling tariff may also be announced. The GMC proposed earlier can operate through the window of TPA in merchant terminals or on existing tolling terminals.

It is, however, feared that in a laissez faire LNG regime, we might drift from one extreme of tight government control and involvement to another extreme of private sector oligopoly, which may lead to restrictive supply and pricing practices.

If reasonable market prices cannot be maintained in a market of 100 sugar plants, how can it be done in an oligopoly of a few LNG suppliers? A mix of merchant and tolling terminals and a rigorous TPA mechanism may be able to control market concentration.

In Europe, from where merchant LNG terminals have emanated, there is LNG/ gas market exchange where gas is competitively traded with spot and futures prices. Eventually, a similar market may have to be established in Pakistan as well.

Until that is done, Competition Commission of Pakistan (CCP) should also start looking into the evolving LNG market regime and device mechanisms for adequate oversight and control.