Haiqa Hassan, representing Sindh, landed a gold medal and the trophy in the 27th National Junior Table Tennis Championship in the under-15 girls’ singles category, adding to her growing count of medals. The competition, which concluded in Peshawar on December 3, was organized by Pakistan Table Tennis Federation.

Haiqa Hassan, 13 years of age, was elated to have won the competition, adding that she is looking forward to the next challenge.

“I hope to represent Pakistan one day,” Haiqa, who has also won numerous inter-school events in the recent past, said while talking to The Express Tribune.

She is on the lookout for sponsors to support young talent and help raise the profile of the game in Pakistan. 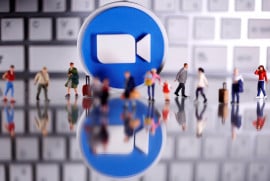