Google services YouTube, Gmail back up after hour-long outage 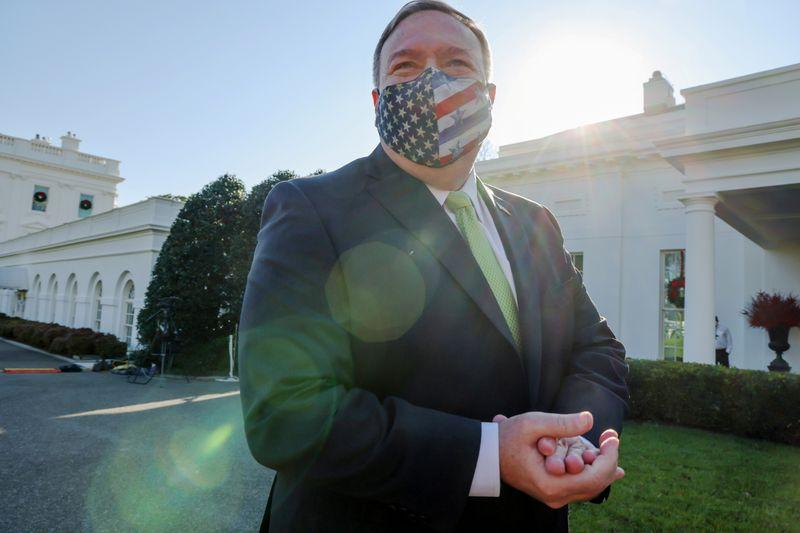 US Secretary of State Mike Pompeo visits the White House on an apparent family tour in Washington, US December 11, 2020. PHOTO: REUTERS/FILE
KHARTOUM:

A US decision to remove Sudan from a list of state sponsors of terrorism came into effect on Monday, Secretary of State Mike Pompeo said, ending a designation in place since 1993 that has weighed on the Sudanese economy and curbed financial assistance.

The delisting provides a boost to transitional authorities that took over after the ouster of former President Omar al-Bashir last year and are grappling with a deep economic crisis.

A 45-day US Congressional review period followed President Donald Trump’s announcement that he would end the listing, days before he announced that Israel and Sudan intend to normalise relations.

“This achievement was made possible by the efforts of Sudan’s civilian-led transitional government to chart a bold new course away from the legacy of the Bashir regime and, in particular, to meet the statutory and policy criteria for rescission,” Pompeo said in a statement issued in Washington.

The US embassy in Khartoum had earlier announced Sudan’s imminent official removal from the terrorism list.

Sudan had been engaged in talks with the United States for months, and paid a negotiated $335 million settlement to victims of attacks on US embassies in East Africa who had won much larger sums against Sudan in court.

A process to restore Sudan’s sovereign immunity and release the settlement money has been stalled in Congress.

“We have been liberated from the global blockade which we were forced into by the behaviour of the ousted regime,” Sudan’s Prime Minister Abdalla Hamdok said in a statement.

“This achievement... contributes to economic reforms, attracting investments and remittances through official channels, creating new job opportunities for young people, and many other positives.”

The price of the dollar on Sudan’s widely used black market dropped to 240 from 258 Sudanese pounds on Monday, against an official rate of 55 pounds.

The United States listed Sudan in 1993 on the grounds that Bashir’s regime was harbouring militant groups. It cut Sudan off from financial assistance and investment, and from the global banking system.

Removal from the list will allow Sudan to seek financing from international lenders and negotiate relief on $60 billion in foreign debt.

“This decision has given us hope that our circumstances will improve,” said Mohamed Hassan, a 58-year-old private sector employee in Khartoum.