Mazari was an unflinching patron of democracy 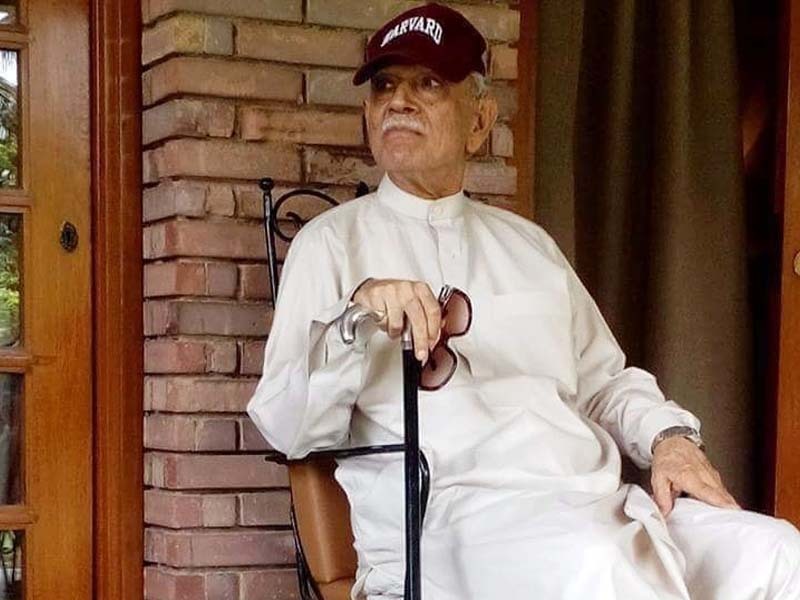 Sherbaz Mazari, who passed away on December 5, 2020, lived by the three principles central to Baloch culture – honour, valour and chivalry – and in doing so, distinguished himself as a man of integrity. His unrelenting belief in democratic ideals had its roots in the egalitarian nature of the Baloch tribal system.

Prior to colonial interference, tribal chiefs were selected from within a family on the basis of merit and their ability to lead, as opposed to age or lineage. In his memoirs, A Journey to Disillusionment, Mazari refers to a fifteenth-century forebear named Sahak, who was invited to lead the tribe on the basis of his abilities, reputation and background – even though he did not belong to the sardar branch of the family.

Over time, however, tribal practices grew closer to those of feudalism, with emphasis being placed on direct lineage and a hierarchical structure. The honours system introduced by the British may also have played a role in influencing this change.

Throughout his political career, Mazari always consulted his colleagues as first among equals, prior to making any decisions – another practice that has its roots in tribal culture. While tumandars (chiefs of a tribe) have a tendency to be blunt, Mazari was not as outspoken as some of his peers. This garnered him the admiration of political rivals, who would repeatedly turn up at his doorstep for advice or offers of high office.

Despite this, however, later in life, Fazle Haq, a childhood friend, would tell him that his stubbornness and inflexibility on principles made him a “liability” in Pakistani politics, according to Mazari’s memoirs.

Schooled at the Royal Indian Military College in Dehradun until Partition, Mazari completed his ‘A’ Levels at Aitchison College, Lahore. It was here that his lifelong friendship with Akbar Bugti and Khair Bakhsh Marri began. It was in the company of Bugti that Mazari got his first glimpse of Karachi in 1949 — an experience he vividly recalled in his memoirs. As the better hotels were filled with foreign dignitaries and had no vacancies, the two students slummed it out in a second-rate joint in Saddar.

Unable to sleep, they ventured out in the late hours of the night to the peripheries of the city, on the other side of Clifton Bridge (a sparsely populated area that was at that time the equivalent of today’s Phase VIII). Here, they decided to use the benches as makeshift beds, only to be woken up the following morning by the police.

Many years later, when Bugti was sentenced to death by the Ayub Khan regime, it was Mazari who requested Zulfikar Ali Bhutto to negotiate a way out for him, which Bhutto did.

In 1951, Mazari moved to Sonmiani, on the east bank of the Indus, near the tribal headquarters of Rojhan, in Dera Ghazi Khan tribal area (now Rajanpur district). Here, he immersed himself in tribal affairs – especially after the death of his younger brother, Sher Jan, in February 1964.

His campaigning for Fatima Jinnah in the 1965 elections marked the start of a lifelong struggle for the cause of democracy. A struggle that would, many years later, on March 17, 1977, lead to his detainment in a particularly grim cell of Mianwali jail, where Gandhi had been imprisoned in the 1930s.

Mazari was a vocal critic of the outcome and aftermath of the 1970 general elections. In the days of Ayub Khan’s parliament, when 55 out of the 60 members of the opposition were from East Pakistan, he argued, “sycophancy was a trait less common among Bengalis than with the so-called ‘martial races’ of West Pakistan”. Elected as a member of the National Assembly in 1970, he was chosen by the independent MNAs of the opposition as their leader.

The more he interacted with Bhutto the less he felt the man could be trusted. “There was very little that was Sindhi about him”, Mazari wrote in his memoir. “He had with him all the marks of a sophisticated English-speaking Bombayite”, adding that Bhutto’s “viciousness of character” and “authoritarian streak… cannot be attributed to a non-existent ‘feudal’ upbringing.”

The United Democratic Front (UDF) came into existence as a response to the 1973 dismissal of the provincial government of Balochistan. But it soon became clear to Mazari that the UDF would not last because its members were unable to rise above their petty differences.

The Movement for the Restoration of Democracy (MRD), formed in 1981, was weighed down by similar issues. The Pakistan National Alliance (PNA), a nine-party alliance formed in January, 1977, however, was much more unified in its cause.

Mazari was the head of the National Democratic Party (NDP), which was launched in 1975 and which, in 1978, turned down Zia’s offer to form an interim government. Similarly, in August, 1980, Mazari turned down Zia’s offer to make him prime minister, as the NDP constitution forbade any member of the party from participating in government. He believed that “principles were more important than personalities in the NDP”.

Involvement in politics had lead Mazari to spend much of his time away from Rajanpur district, much to its neglect. This became apparent in the 1988 elections. While selecting a constituency from which to contest, Rajanpur was not even considered an option by him. Instead, he contemplated contesting from either Karachi or the Kashmore-Kandhkot seat.

After his defeat in the November 1988 elections, Sherbaz resigned as president of the NDP and retired from public life. From then on, he spent most of his time in Karachi, as a socialite and an absentee sardar.