The platform never matters, the performance does: Pankaj Tripathi 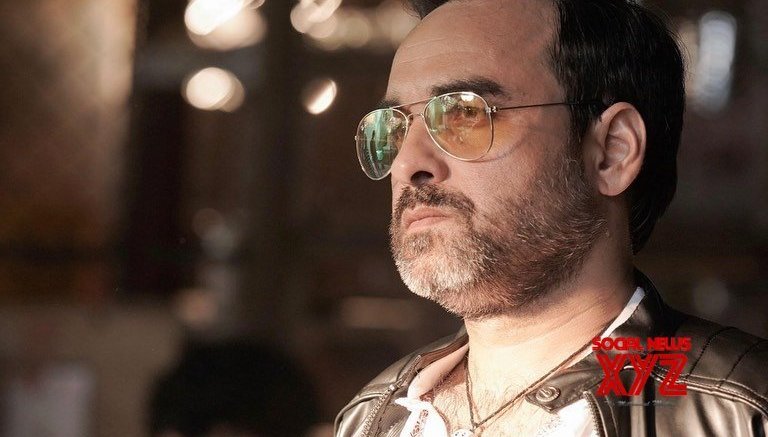 For Pankaj Tripathi, acting is a spiritual process. In a recent interview, the actor said he is not always serious while working on the set but his inner focus is always actively immersed in his craft, reported Social News XYZ.

Asked if there has ever been a role that took a lot from him as a person, Tripathi said, "Gurgaon (2017) was really difficult and even Guruji (in Sacred Games) was tough. Artistes have two tools, their personal experiences and the more important one, their imagination."

He then added, "These roles were tough because they were different from my life experiences and I had to imagine a lot. Acting is now a spiritual process for me. If you see me on the sets you might feel I'm goofing around and I'm not serious but at the same time my inner focus is always active," he added.

Tripathi is currently earning plaudits for his role in Mirzapur as Kaleen Bhaiya and his latest film Ludo.

"I genuinely enjoyed playing Kaleen Bhaiya. The way he handles people and especially his hypocrisy. So during the performance, I thought his hypocrisy was very entertaining," he said.

Opening up about one scene that stood out for him, Tripathi said, "I remember the scene where Kaleen Bhaiya meets the Chief Minister and Lalit is with him. I was really unwell during that scene. If you look closely you will see my face is swollen. I remember the humour of the scene and how Kaleen Bhaiya turns out to be so brutal by the end. There was also a scene where Kaleen Bhaiya along with Maqbool goes to the doctor and I remember I fell off the chair while reading the scene. It was too funny. We wanted it to be shot on a serious note so that the audience can enjoy it."

Asked why he chose to do Mirzapur, Tripathi responded, "I liked the writing when I heard it. I thought it was an interesting role. I enjoyed the first scene where Kaleen is built up. How this character is so powerful for the outsiders but falls weak in his personal life. OTT didn't have that much significance back then but for me the platform never matters, the performance does."

Tripathi then confessed he agreed to star in Ludo because of director Anurag Basu.

"Anurag Basu is my favourite director. The world he creates in his movies is really different. I haven't watched many films. I think in total I must have watched around 50 films in my life. I think because of this I don't have much of a reference point of cinema but only my real life experiences," he said, adding: "During Ludo, we didn't know the script at all. I enjoyed it immensely and I had surrendered myself completely to Dada (Basu)."

Tripathi also shared his admiration for late actor Irrfan Khan, and the void he has left behind. "I really liked Irrfan Khan and was very sad when we lost him. Even today I am (sad) because he inspired me. I watched Maqbool, Warrior and almost all his films. I think he is the only Indian actor whose every film I've seen. I felt like he was doing something different and this is the impact acting should have," he admitted.