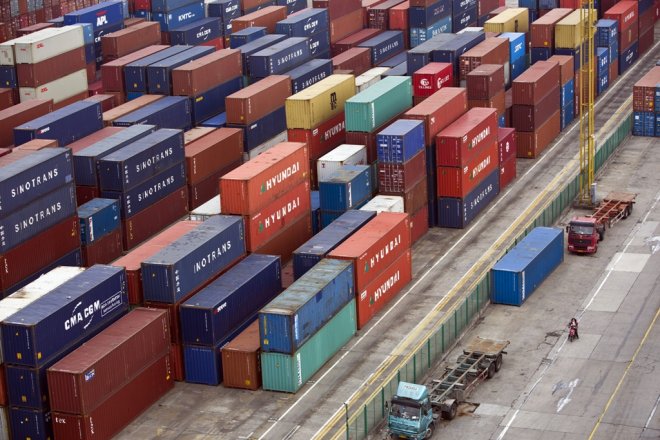 As Covid-19 cases increase, trade uncertainty resurges. The positivity rate in Pakistan, which had fallen close to 2%, is now approximately 3%.

According to Worldometers, European countries were witnessing a spike in daily cases in late October, which was significantly greater than the spike in the spring of 2020.

For instance, the United Kingdom reported 7,680 new cases on April 10, which were the highest in the first wave. However, more than 21,000 cases were reported on October 21. A similar trend is seen in other larger European economies such as Italy and France.

Fortunately, the number of daily deaths is relatively subdued in the second wave. Nevertheless, the European governments are imposing a strict lockdown in order to contain the spread of the virus.

There is significant volatility in trading patterns of Pakistan. According to data borrowed from the Pakistan Bureau of Statistics (PBS) on external trade, exports in September 2020 increased 19.3% over the figure reported for August 2020 and increased 7.03% year-on-year.

The dip in trade in August can be attributed to the above-normal monsoon rains, flood risks and energy shortages. It is likely that the orders previously scheduled for shipment in August were delayed till September. Hence, the sharp spike in trade figures.

With Covid-19 cases increasing, the volatility in external trade figures may again create challenges for governments and policymakers around the world as they tackle the fall in demand.

Unfortunately, as the effects of the first wave have not yet faded away in several major economies, it is expected that the aggregate impact may further dent the already weakened economies.

The State Bank of Pakistan (SBP) reported a current account surplus of $792 million in the first quarter of FY21, even though the trade deficit was increasing. The trade deficit, reported by the SBP, in 1QFY21 was $200 million more than the deficit in the same time period of FY20.

At a time when the world economy is reeling from Covid-19, the balance of payments issue for Pakistan is mitigating. Workers’ remittances have likely been a boon at the time of global crisis. However, the challenge is to sustain this new pattern and push for revival in economic growth.

A closer look at the commodity-wise growth in exports suggests that the surge in exports in September 2020 was primarily driven by a sharp increase in the export value of knitwear, bedwear and towels over the value reported in August 2020 and September 2019.

With dollar values increasing more than quantity over September 2019, it suggests higher prices as well.

On the other hand, there was a fall in exports of the food group in September 2020 over the value reported in September 2019. The fall was reported for rice, fish and fish preparations, fruits, vegetables, wheat and sugar.

In essence, exports of the food group declined year-on-year but exports of textile products increased and more than compensated for the decline in the former.

Considering the data of imports, the year-on-year increase in food imports was 83% in September 2020. All commodities showed an increase, particularly sugar and wheat. Today, the increase in imports of food commodities can help alleviate food inflation concerns.

A similar trend was observed in imports of the petroleum group. On the other hand, there was an increase in imports of raw cotton, agricultural and other chemicals and the metals group.

A press release issued by the World Trade Organisation on October 6, 2020 suggests some sign of optimism from the previous stark predictions in April 2020 but cautions that downside risks still dominate.

This fear has enhanced with the resurgence of Covid-19 as Europe heads into another phase of lockdowns and restrictions that could dampen hopes for a quicker recovery.

The World Bank estimated in a press release in October 2020 that up to 115 million people would be pushed into extreme poverty this year, with this number rising to 150 million next year. It emphasised the diminishing aspect of shared prosperity due to the reduction in average global income.

However, even with the dampening prospects of recovery due to the resurgence of Covid-19 cases, multilateral organisations call for an increase in trade as an instrument to ensure consumers benefit from lower prices.

Increase in competition due to trade is likely to reduce the market power of firms that could otherwise exploit by creating artificial shortages.

Pakistan is experiencing complications in the market of food commodities. Furthermore, investment in resilient supply chains can address the challenge.

With Pakistan reporting much lower Covid-19 numbers than other countries and not currently at risk of a countrywide lockdown, it can increase its production of Covid-related goods where it can more easily achieve global competitiveness and export to countries in need. This is a rare opportunity for Pakistan to strengthen its foreign and economic diplomacy.

The writer is the Assistant Professor of Economics & Research Fellow at CBER, IBA