Family pays ransom to secure release of youth from kidnappers

Set your house in order, set your mind at ease

PTI leaders, lawmakers had registered an FIR against PML-N leadership for violating sanctity of the Quaid's mausolem

The arrest comes in response to a case filed by Pakistan Tehreek-e-Insaf local MPAs against Maryam Nawaz, Captain (retd) Safdar and other PML-N leaders for violating the sanctity of the Quaid's mausoleum.

Maryam Nawaz shared a video on her Twitter account claiming that the police had forcefully entered her hotel room and arrested her husband.

“Police broke my room door at the hotel I was staying at in Karachi and arrested Capt. Safdar,” she tweeted.

Police broke my room door at the hotel I was staying at in Karachi and arrested Capt. Safdar.

“PTI leaders had submitted an application to lodge the case against Captian (retd) Safdar, but police refused calling the applications illegal,” Sindh Information Minister Nasir Hussain Shah said adding that the Quaid-e-Azam Board then approached police for the case.

According to the information minister, the police suggested the board officials to take up the matter before a magistrate.

“But before the investigation, Captian (retd) Safdar was arrested in a humiliating manner,” Shah said adding that the Sindh government has taken the serious notice of it and is investigating how and why the police entered the hotel room and arrested him.

He further stated that the Sindh government has ordered an inquiry into the incident and is looking that all was done on the instigation of the federal government.

"This all drama was staged without keeping Sindh government in loop," he alleged.

“All the drama was created to put blame on PPP government,” Zubair claimed. “Sindh Chief Minister [Murad Ali Shah] has confirmed that immense pressure was put on the police.”

Zubair added that police are scared that they had closed the doors of the police station and not even allowing the lawyers to go in. 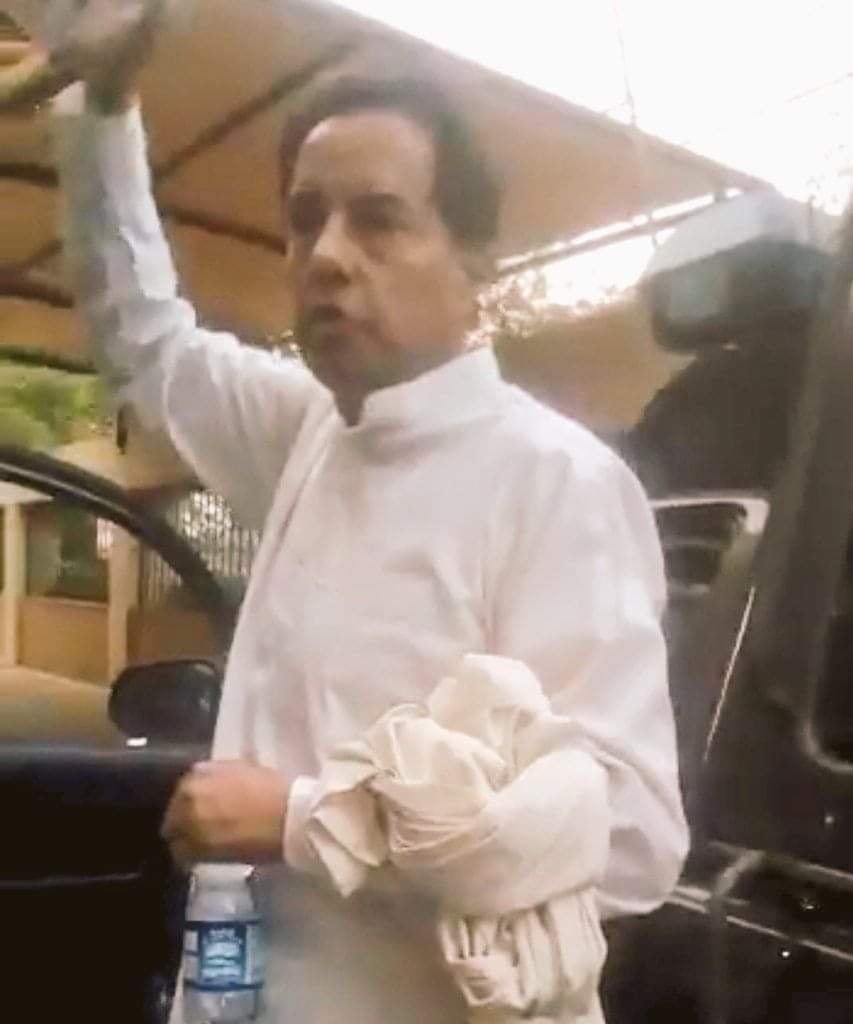 “We have stopped the [PML-N] workers from going to the police station, but we cannot stop them for long,” Zubair said.

While talking to media, he asked on what charges was Capt (retd) Safdar was arrested.

“Did he take any arms and ammunition to the [Quaid-e-Azam’s] shrine? Whom did he [Safdar] threaten to kill?” Zubiar asked. “The response retaliation would be in a political manner across the country.”

PML-N lawyers said that they would protest in front of the Aziz Bhatti Police Station by blocking roads if they were not allowed to meet with Safdar with in 30 mins.

“It is our legal right to meet him [Safdar],” the lawyers prayed. “We appeal to IG Sindh to let us meet him.”

PPP Senator Saeed Ghani, in a tweet, condemned the arrest.

“What Captain (retd) Safdar did at the Quaid’s mausoleum was inappropriate but the Sindh Police’s behavior is unacceptable,” he said.

Amidst criticism for not following the law, Sindh Police clarified on Twitter that the arrest was made in accordance with the law.

It further said that an ‘impartial investigation’ will be held in the case.

The arrest of Captain(r) Safdar was done according to law and the investigation will be impartial and on merit.

PML-N lawyers signed an affidavit stating that false charges were framed against the PML-N leader.

The affidavit stated that Captain (retd) did not violate the sanctity of the mausoleum under articles 506 B and 427 as he did not carry firearms or threaten anyone at the premises.

The lawyers are currently staging a protest outside the Aziz Bhatti Police Station.

Lawmakers and leaders of PTI had approached the police on Sunday for the registration of a case against PML-N leadership, accusing the latter of violating the sanctity of the Quaid's mausoleum.

PTI MPAs Raja Azhar Khan, Haleem Adil Sheikh and others from the party submitted an application at the Brigade police station, asking the police to register a case against PML-N's Maryam Nawaz, Captain Safdar, Marriyum Aurangzeb, Ali Akbar Gujjar and approximately 200 others.

According to the application, the PTI leaders accused the latter of violating the mausoleum's sanctity by crossing the metal barrier encircling Quaid-i-Azam Muhammad Ali Jinnah's grave and shouting slogans that "disrespected" the site and "hurt the sentiments" of the people.

The application further stated that the incident, occurring around 5:30pm, was broadcast by domestic and foreign media outlets.

The complainants also claimed that this act prompted angry citizens to take to the streets, but law enforcement officials were prevented from taking action. It added that interference in the government's course of action was a grave crime.

The petition, signed by MPA Khan, sought legal proceedings against the accused.

Finally,,,,, something worth good by saeen police