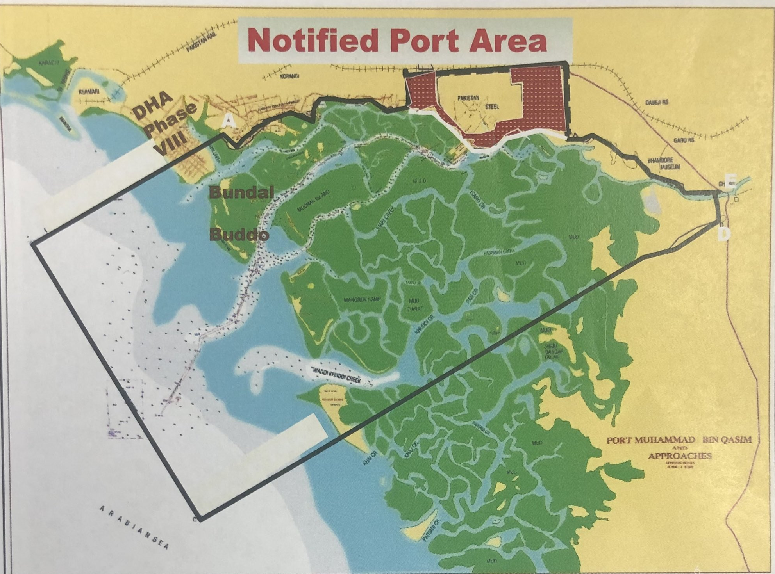 Bundal Island project will “surpass Dubai” after it will be developed into a city with an investment of around $50 billion, Sindh Governor Imran Ismail said on Thursday.

He was addressing a news conference in Islamabad after meeting Prime Minister Imran Khan to discuss the matters related to the development of islands off the Karachi’s coast. The premier has directed the Sindh governor to sort out all issues related to Bundal Island with the provincial government.

“Bundal island is part of Sindh and federal government is not going to take over it,” the governor said while dispelling the perception that PTI-led government is trying to “occupy it”.

The statement came a day after the Sindh government retracted its earlier decision to hand over two islands off the coast of Karachi to the Centre after facing the wrath of rights activists, civil society members and other voices from within the province in the wake of the federal maritime affairs minister’s revelation that the PPP-led administration had itself given its consent to the move in July this year.

Maritime Affairs Minister Ali Haider Zaidi who was also present in the press conference said, the federal government will take all the stakeholders on board for the development of new city at the island.

He said the development project was being initiated to benefit the people of Sindh.

Governor Imran said a working group will be formed comprising representatives from provincial and federal governments and other relevant authorities.

Bundle Island, he said, will increase revenue of the Sindh government and create job opportunities, saying it be turned into a tourist destination.

“I will hold a meeting with Chief Minister Sindh Murad Ali Shah and address reservations of the Sindh government over the project,” he added.

The federal government's recent announcement of developing new cities on Bundal and Buddo Islands, also known as Bhandar and Dingi Islands in the local lingo, has left thousands in the fishing communities worried.

President Dr Arif Alvi promulgated the ordinance on August 31 but the issue came into limelight when PPP Chairperson Bilawal Bhutto Zardari shared it copy on Twitter, denouncing the move and comparing the "illegal annexation" of the islands to Indian Prime Minister Narendra Modi's actions in Indian Illegally Occupied Jammu and Kashmir.

On Tuesday, the Sindh cabinet unanimously rejected the ordinance and called upon the federal government to withdraw it at once.