No appropriate sanctuary available for animals 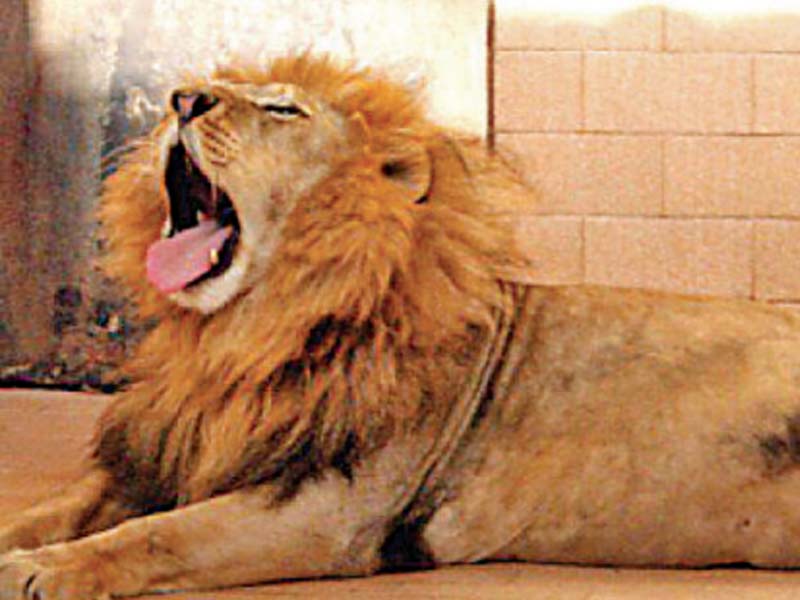 The court has directed the relevant authorities to take all necessary steps for the relocation of the sole elephant and two Himalayan brown bears at the Marghzar Zoo (aka Islamabad Zoo) at the earliest.

This was ordered on Friday by a single-member bench of the Islamabad High Court (IHC), comprising Chief Justice Athar Minallah, as it heard a case filed by the Islamabad Wildlife Management Board (IWMB) against the Islamabad Metropolitan Corporation (IMC) mayor over the poor state of animals at the zoo.

During Friday’s hearing, the court remarked, “It appears to this court that there is no appropriate sanctuary for relocating the two Himalayan brown bears nor the government of the Punjab is prepared to accept their responsibility.”

CJ Minallah further noted in his three-page order that, "these living species have already been subjected to unimaginable pain and suffering merely for the purposes of being exhibited to humans."

The IWMB chairman told the court that arrangements are being made to relocate the two bears to appropriate sanctuaries. Moreover, arrangements for moving the pachyderm 'Kaavan’ to the sanctuary in Cambodia are expected to be completed soon.

Law Deputy Director Syed Ali Zaidi appeared on behalf of the Ministry of Climate Change and said that authorisation and no-objection certificate for export of living species will be issued, though it will take around three weeks to complete the process.

“The two Himalayan brown bears have to be relocated at the earliest,” the court noted and ordered, "it is, therefore, directed that all the concerned authorities shall ensure that the formalities for moving Kaavan and the two brown bears are completed at the earliest so as to put an end to their unimaginable pain and suffering.”

The case was then adjourned until October 22.

A total of 44 animals from the Marghazar Zoo in Islamabad have been shifted to Jungle World in the Ayub National Park in Rawalpindi. The Army Heritage Foundation has been given the responsibility to look after these animals. The new additions include zebras, monkeys, rabbits, lions and buffaloes.

Two lions died while being transferred from Islamabad’s Marghazar Zoo to a farmhouse in Lahore, on July 30. A case was registered under Section 5 of the Animal Act 1990.

Those convicted under the law must pay a fine of Rs200 and can be imprisoned for up to six months. The FIR says that the caretakers beat the pair with sticks and lit a fire in their cage to knock them unconscious instead of using a tranquillizer.

A video of the caretakers igniting a fire in the lion’s cage was shared on social media as well. The negligence of the Islamabad Wildlife Management Board is also being investigated in the case.