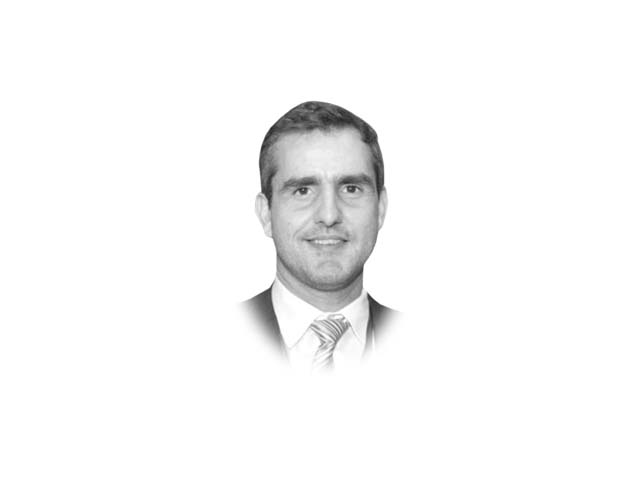 This writer is a senior economist at the World Bank, Pakistan

Pakistan could unleash a period of rapid economic transformation by unlocking the potential of its private sector. With the right conditions, it could attract world class productive investments, and encourage its firms to export. Today, the reality is unfortunately different.

Despite a relatively rapid recovery of exports, following the ease of the lockdown imposed by the Covid-19 pandemic, a long-term view reveals stagnation. By the end of FY20, exports were only 55% higher than in FY05, while FDI inflows averaged 1.3% of GDP during that period. Compare that performance with Vietnam’s, where exports increased almost eight-fold, and FDI inflows averaged 6.2% of GDP. Had Pakistan’s exports grown at the same rate as Vietnam’s, today they would be at $118 billion – about four and a half times more than what they are. Indeed, in Pakistan, exports and investment remain marginal contributors to growth: over the last ten years, they added an average of 0.7 percentage points to growth, substantially less than consumption, that added an average of about 3.2 percentage points.

International experience of the recent decades showed that countries that grew sustainably did so by integrating into the global marketplace through trade and investment. In more integrated economies, companies face increased competition, which reduces prices for consumers, but more so, it triggers innovation to produce more efficiently and remain competitive. Take the smartphone market, where fierce competition among Apple, Huawei, Samsung, and others spur constant innovation. With increased competition, talent and credit flow to the most productive uses. This means that the most productive companies grow, while the least productive shrink, increasing overall productivity.

What’s even more interesting to Pakistan: increased integration encourages exposure to global knowledge and technologies that foster learning and leads to more and better-paying jobs due to increased productivity. For example, when GM Opel started operating in the special economic zone of Gliwice in Poland in 1996, it sparked a reaction through the entire automotive supply chain. The zone has now more than 80 companies, many of which supply to GM Opel but also to other carmakers in Poland and abroad. Domestic firms benefited from becoming accredited suppliers of GM Opel as they received training, and through the reputation of supplying to GM Opel, which helped them secure other clients.

So, what is impeding Pakistan from entering this virtuous cycle of integration, sustainable growth and job creation? What would it take for Pakistan’s sweet mangoes, its original-design furniture, the software solutions developed by Pakistan’s talent, or new quality goods and services yet to be developed, to feature in world markets?

A key contributor to Pakistan’s anti-export bias is its tariff policy. High tariffs on imported goods shelter domestic firms from the threat of import competition but also from its benefits. By making the price paid in the domestic market artificially higher than that paid in export markets, import tariffs discourage Pakistani firms to go global. Implicitly, import tariffs act as export taxes. And it is Pakistani consumers that take the brunt of it in paying higher prices – one example is that consumers pay around $24,000 for a standard sedan car of 1,800 cc in Pakistan but 19,000 in the USA.

Cognizant of this, countries that took on export-led growth models have reduced import tariffs. Looking again at Vietnam’s case, tariffs on inputs are at 5%, and on consumer goods at 12%. Instead in Pakistan, tariffs are substantially higher, at 12 and 17% – add to that regulatory and additional customs duties at 5 and 17% respectively. No wonder that Vietnam became an export powerhouse and key player in Chinese and South Korean-led global value chains. Recent tariff policy initiatives in Pakistan move in the right direction by reducing import tariffs on inputs, yet, tariffs for final goods remain high, increasing effective protection to domestic companies.

Upgrading in quality systems is also key for Pakistan’s firms to export. Take horticulture. Pakistan’s mangoes, kinows, dates, to name a few, do not always reach the highest paying markets due to challenges to comply with quality standards. Tapping into these potentials requires government involvement to negotiate trade deals abroad and to ensure compliance with quality requirements at home. It takes internationally recognised laboratories to certify standard compliance of Pakistan’s products, and support to farmers to upgrade post-harvest management. Take Chile, which became a world leader in export of high-value cherries. There, the entrepreneurial abilities of farmers were coupled with market access negotiations with China, and a culture of compliance with rigorous sanitary standards, supported by funding for innovation in post-harvest technologies and packaging. Today, not only are Chilean companies among the world’s largest cherry exporters, but also related activities along the value chain have flourished. For example, Chilean entrepreneurs have innovated in the production of plastic bags that regulate the air inside them to keep cherries dry, while researchers are working on technologies to grow organic cherries at large scale, that would secure premium prices.

Country branding and smart export promotion can also contribute to reduce Pakistan’s anti-export bias encouraging firms to export. Producing quality goods is necessary to reach high-paying global markets. Promoting the Pakistan brand internationally makes it profitable. It induces foreign consumers to pay higher prices. This could include a global advertising of the ‘Pakistan’ brand, as well as strategically leveraging the network of commercial attaches for promotion. On this latter initiative, the recent actions of the Ministry of Commerce are promising.

At home, information provision on global market trends and matching international buyers with domestic sellers – just like Malaysia’s External Trade Development Corporation and other export promotion agencies do – has proved effective to reduce what trade economists call ‘information frictions’: the difficulties of finding new clients abroad, identifying their tastes and willingness to pay for products. These frictions can account for up to 50% of trade costs, affecting SMEs the most. Ensuring Pakistan’s Trade Development Authority’s promotion resources are effectively channeled towards new, high-potential exporters can be a game changer.

Pakistan is at a crossroads. By its 100th birthday it can become an upper-middle income country and create better opportunities for its people. To make it possible, it needs to act now to jump into a virtuous cycle of integration, job creation and sustainable growth. Reducing the anti-export bias of its trade policy framework is a first step in that direction.