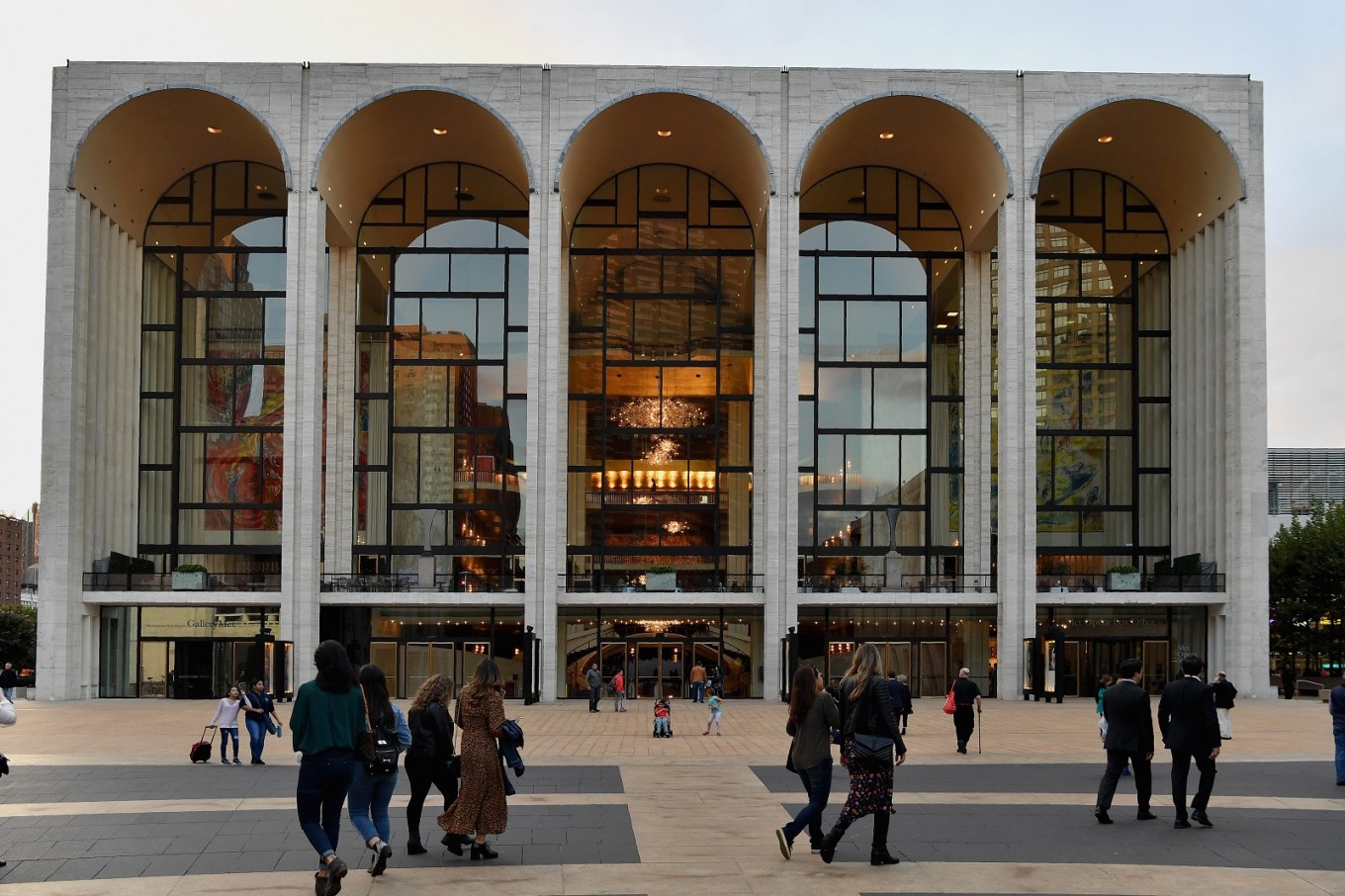 View of the Metropolitan Opera at Lincoln Center for the Performing Arts on October 5, 2018 in New York City. (AFP/Angela Weiss)
NEW YORK:

New York's Metropolitan Opera on Wednesday announced the "painful" cancelation of its entire 2020-21 season over the still-spreading coronavirus, a major blow for the city's decimated arts and culture industry.

The announcement is a dire signal for live arts institutions in New York - including the renowned Broadway theater district - which have sat dark since the pandemic hamstringed the city starting in mid-March, and look set to remain that way indefinitely.

Shows at the Met, a 3,800-seat bellwether for the return of live performances, now will not resume before September 2021 at the earliest.

The Met said it based its decision to cancel the entirety of its current season on the advice of health authorities, saying it would be unsafe to resume rehearsals and productions until "a vaccine is widely in use, herd immunity is established, and the wearing of masks and social distancing is no longer a medical requirement."

"Health officials have said this will likely take at least five to six months after a vaccine is initially made available," the organization said.

Peter Gelb, the Metropolitan Opera's general manager, told AFP that with the cancelation of this season along with the final eight weeks of the previous one, the revered house anticipated a loss in earned revenues of at least $154 million, even as expenses have been reduced.

Calling this "the most challenging time" in the company's 137-year history, Gelb said in an interview he was aiming to negotiate with unions representing many Met employees to help them weather the storm.

About 1,000 full-time unionized employees have been furloughed without salary since April -- the opera house has continued to provide health care -- and Gelb said it could be possible to reboot the Met's payroll if musicians agree to leaner multi-year contracts.

"I feel optimistic, if we're able to convince our workforce to collectively take on the responsibility of the recovery of the Met," he said.

"I think some people think of the Met as some kind of historic and invulnerable institution," he continued.

"Clearly, there is no immunity from financial failure for any institution."

The American Guild of Musical Arts, one of the top unions representing Met employees, however criticized the Met's "unilateral" decision to cancel the season, saying in an email to members that initial contract negotiations "have not been fruitful."

"Unlike other companies that have worked with AGMA to identify short-term cost-saving measures, the Met seems uniquely determined to leverage this moment to permanently gut our contract," a spokesperson for the guild said.

"The Met cannot solve its difficult problems by turning its back on the artists who have built it over generations."