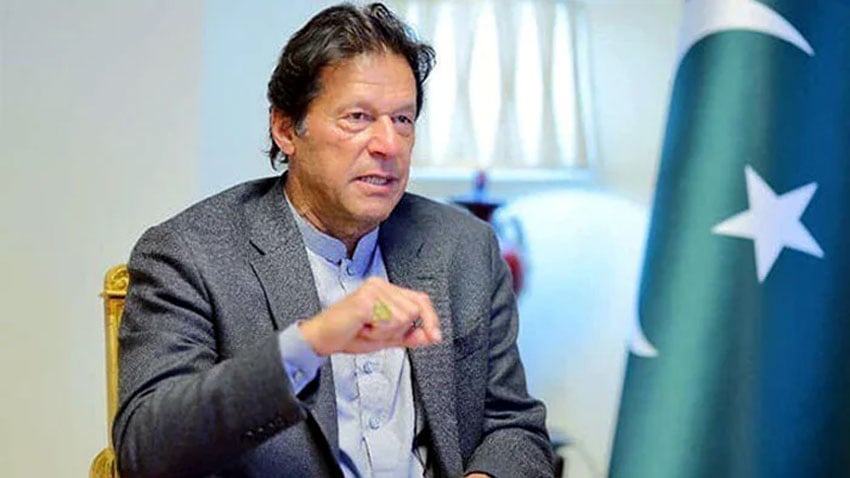 The prime minister addressed two high-level events, held online on the sidelines of the United Nations General Assembly session. In his speeches he called for strengthening international cooperation to bring perpetrators of financial crime to justice.

“$7 trillion in stolen assets is parked in safe tax haven destinations,” he told a high-level panel on the Financial Accountability, Transparency and Integrity (FACTI), adding that around $500-600 billion is lost each year in tax avoidance by multinational companies.

Imran, subsequently, proposed a nine-point action plan to stop the flow of trillions of dollars from developing countries. “What is required is to strengthen international cooperation to bring perpetrators of financial crime to justice. International community must adopt decisive actions.”

Unfolding his nine-point plan, Imran proposed, firstly, the stolen assets of developing countries, including the proceeds of corruption, bribery, and other crimes, must be returned immediately;

Secondly, he said, the authorities in “haven” destinations must impose criminal and financial penalties on their financial institutions, which receive and utilise such money and assets;

Thirdly, the “enablers” of corruption and bribery, such as accountants, lawyers and other intermediaries, must be closely regulated, monitored and held accountable;

Fourthly, the “beneficial ownership” of foreign companies must be revealed immediately upon inquiry by interested and affected governments;

Fifthly, multinational corporations must not be allowed to resort to “profit shifting” to low tax jurisdictions for avoiding taxation – a global minimum corporate tax could prevent this practice;

Sixthly, revenues from digital transactions should be taxed where the revenues are generated, not elsewhere;

Eighthly, all official and non-official bodies set up to control and monitor illicit financial flows must include all the interested countries; and,

The UN should set up a mechanism to coordinate and supervise the work of the various official and non-official bodies, dealing with illicit financial flows to ensure coherence, consistency and equity in their work.

During his speech, Imran said that the need for the developing countries to protect and preserve their precious resources had become even more vital because of the recession triggered by Covid-19 pandemic.

“Unless these steps are taken, the difference between the rich and the poor will keep growing,” he warned, adding that the developing countries would get impoverished and “what we see of the current migration crisis, this will be dwarfed by what will happen in the future, if this gulf keeps growing.”

At the outset, he appreciated the initiative by Nigeria and Norway to establish the panel on financial accountability. Mentioning that billions of dollars illicitly flow out of developing countries, he said that his government came with a robust public mandate to get rid of the menace from Pakistan.

He informed the participants that Pakistan had taken several initiatives domestically, emphasising that strengthening international cooperation was key to bringing perpetrators of financial crime to justice. He also welcomed the interim report of the FACTI panel, saying the figures of illicit flows mentioned in the report were staggering.

Meanwhile, delivering a statement via video link at a high-level event titled “Poverty At A Crossroad: Using Leadership and the Multidimensional Poverty Index to Build Back Better”, Prime Minister Imran remarked that around 1 billion people were living in poverty, as they lacked the income and capabilities to live with dignity.

In addition, he said, 100 million people were likely to be pushed back into extreme poverty because the Covid-19 pandemic had triggered the worst global recession in over a century. “A decade’s development could be reversed,” he warned.

Imran said that poverty inflicted massive human suffering and was the root cause of socio-economic instability and most political and security problems across the world. “It is thus only right that poverty eradication is the first among UN’s Sustainable Development Goals,” he expressed.

Imran noted that poverty had visibly declined over the past 30 years but “the Covid-19 pandemic has triggered the worst global recession in over a century”, as a result, he said, “100 million people are likely to be pushed back into extreme poverty”.

He informed the session about how his government did its best to shield the poor and the vulnerable. Despite the financial difficulties, he said, the government implemented a $1.25 billion package to deliver emergency cash to over 15 million families, covering over a 100 million people.

He apprised the audience about the multi-sectoral poverty alleviation programme – Ehsaas [which means compassion]. “My government is committed to reducing poverty from 24.3% to 19% by 2023,” he said. “My aim is to create an Islamic welfare state … through an inclusive and equitable growth and economic modernisation”.

Quoting the UN secretary-general’s observation – “Inequality is the hallmark of our times” – the prime minister said that the 26 richest people in the world owned as much wealth as half the world’s population had today.

He noted that the richer countries had mobilised over $10 trillion to recover from the Covid crisis while the developing countries on the other hand were struggling to find even a small fraction of the $2.5 trillion they need.

Apart from the direct attack on poverty, he said, the world needed to address its systemic causes. At the national and international levels, he said, the structures of finance, production and trade must be made fair and equitable.

“The exploitation of resources of the poor countries must stop,” Imran said. “The illicit flows of the fruits of corruption and crime must be halted and the stolen assets returned to the countries of origin,” the prime minister emphasised.

He urged that the financial resources needed by the developing countries must be mobilised, through debt relief and expanded official development assistance to help them recover from the Covid crisis, realise the SDGs and ward off the impacts of climate change.

He called for greater realisation of the SDGs, which he said could be accelerated, through major investments in sustainable infrastructure – renewable energy, transport, housing, water and sanitation.

He added that new technologies must also be mobilised and the digital divide must be bridged to enable developing countries to leapfrog into a modern development paradigm. He hoped that the event would contribute significantly to the collective fight against poverty and the promotion of SDGs.